I was rolling through the Des Moines Skywalk on my way to do the radio show this afternoon and a guy comes up to me and says, "Hey, I think I know you!".  It was my 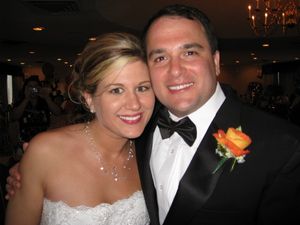 dear friend Aaron Muelhaupt who now works at the Des Moines Register.  Complete with a beard, he looked a bit like a bit like an actor in Fiddler on the Roof.

It's been well over a year since we connected in person and I realized, in those very few minutes, how much I've missed having him around all the time.  We worked together for nearly a decade...in the good and bad times.  And his wedding two years ago was amazing and wonderful (Nice work Andrea!).

You see, Aaron is one of the most dedicated and talented people I know.  And, he is loyal...very loyal.  One of those treasured characteristics that is valuable and admired.  I felt bad that we only had a couple of minutes before I had to be on the air...it would have been great to have a cup of coffee; catch up and share war stories.

Oh...and Juice?  He said to me, "Gosh, I see and hear you everywhere.  One of the top five people huh?"  I had NO idea what he was talking about...until later.  Here is the short piece in Juice.

It's nice to be recognized...but even better to connect with old friends.