of advertising, marketing, consumer trends and best business practices.  You can watch the show live at Noon Central here at Webcast One LIVE or we'll post the re-broadcast later in the day.  Today is Monday...Metro Monday...when we focus on things a little closer to home but, we promise you you'll be able to use these nuggets no matter where you hang your hat.  And, because the show is interactive you can join us in "The Chat" or hook up on Twitter - I monitor @MichaelLibbie before, during and after the show.

Last week I did something really silly...I called into a local talk radio program.  I had been listening to people bash the economy, bash Iowa, bash local and state officials and give bad information through talking points picked up from who knows where.  I'm thinking to myself...are these people serious or just serious nut jobs?   Is political talk radio about the message or the money?  We'll talk about it. Congratulations to the University of Northern Iowa, recently recognized as one of the top business schools in the nation.  The "Best 300 Business Schools" is a report issued by Princeton and this is the fifth consecutive year UNI has made the list.

Put the word "sex" into any discussion and folks pay attention.  Recently a new group called Fair Courts for Us started running radio commercials urging voters to retain the three Iowa Supreme Court Justices who ruled that banning gay marriage in Iowa is unconstitutional.  Members include former Governor Robert Ray and former Lt. Governor Art Neu an former First Lady, Christie Vilsack.  Another interesting member of the group is Dan Moore, campaign secretary and treasurer for Bob Vander Plaats for Governor.  Vander Plaats was defeated in the Republican Primary by Terry Branstad and now is heading up the campaign to remove the three justices.  Confused yet?  We'll help you sort it out... 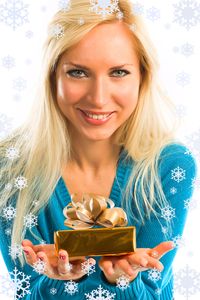 Two economic stories for you:  CNNMoney says that last month's rise in retail sales is also raising hopes that holiday sales will improve over 2009.  September retail sales were up 0.6% which is higher than the 0.4% projected by economists.  Cars, electronics and online stores led the September rise.  Meanwhile, the Des Moines Register had a story about increased business for the Iowa automobile dealers who lost their GM and/or Chrysler nameplates.  "Business is good" seems to be the three words that dominate the story.  You can read it yourself...right here.

We'll have these stories, the stocks, your comments, questions and Micholyn Fajen today with Insight on Business a production of our advertising agency, Insight Advertising, Marketing and Communications and brought to you by:

NatraTurf - Now is the time to spread HydroSave the all natural way to care for your lawn or garden.  Learn more at www.NatraTurf.com

Lotus Moments - For wedding invitations and business announcements that are as unique as...you - www.LotusMoments.com

See you...LIVE at Noon Central...thanks for coming by.

As more and more people give up the "Cubicle Life", by choice or by direction, some turn to opening their own business or...freelancing.  This week Freelance Camp 2010 hits Des Moines and offers 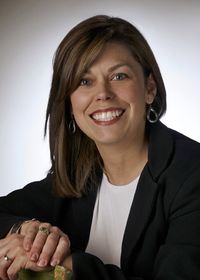 independent consulting professionals the opportunity to network with others, learn about project management, web-development and new business applications.  In studio to talk about Freelance Camp Des Moines 2010 is Micholyn Fajen who left the cubical ten years ago and now works as an independent marketer heading Fajen Consulting.  We'll talk about the "unconference", what attendees can expect for their $25 registration fee, what is Freelance Pros and the issues that surround going it alone...but with friends.  Micholyn Fajen today with Insight on Business.