the world of advertising, marketing and consumer trends.  We're live starting today at Noon Central and you can view the show (and later re-broadcast) here at Webcast One LIVE.  Because the program is interactive we can continue the conversation before, during and after the show on Twitter @MichaelLibbie or while we're live by using "The Chat".  Here is the show complete with me fumbling for the mic. 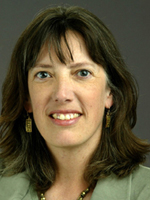 us for the hour.  No one in Iowa knows the political climate better than Obradovich who has been covering politics for over 20 years.  She was the lead editor of the award winning Iowa Poll which was thrown into national prominence by predicting a Barack Obama win in the 2008 Iowa Caucus.  When David Yepsen left the Register for a gig at the Paul Simon Public Policy Institute at Southern Illinois University the well read, well informed Obradovich was the natural choice.  When she took the job Kathie said, "My passion is helping Iowans to engage with their government to make a difference."  We'll ask her about her efforts, the political/business climate in Iowa and her impression of what we have dubbed the "Silly Season".  Kathie Obradovich with Insight on Business...

It's all in the timing.  That's a key to any successful marketing campaign and on Tuesday, just a week before the elections, Iowa Auditor David Vaudt released his report on Iowa's film tax credit program which Governor Culver halted in September of 2009.  Vaudt, who is perhaps the most political of his predecessors, joining Terry Branstad on the campaign trail and issuing an incomplete audit of the state finances that could have marred Iowa's credit rating had completed this work back in August.  Releasing the report to the press seven days before the election...  Um....

Don't you love the "Silly Season"? 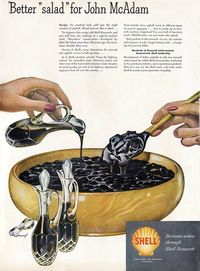 And, because it's Thursday it is also the day we reveal The Worst Ad of the Week.  We have scoured the files and have another great example of what should never happen in advertising.  Nominations this week included this clever ad from the Oil Industry.  Just to prove to you that poor taste knows no time-line somebody at Shell thought salad and crude oil made a great combination. From 1947...Click on the photo to enlarge.

And, it wasn't this local ad for a funeral home and the romantic notion that giving the gift of a pre-planned funeral to your valentine is a great idea.   I know the message is about decisions but still....Yikes! 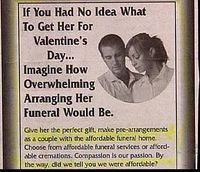 Nope...they didn't make the cut.  But a video about a divorce attorney did...you are going to love it. Hang on we'll show you toward the end of the hour.  OK we won't keep you in suspense.  Here is the WORST AD OF THE WEEK!  Why..if you have to ask.  ;-)

Thanks for coming by - Insight on Business is a production of our advertising agency, Insight Advertising, Marketing and Communications and made possible by:

NatraTurf - Now is the time to start making the natural choices for your lawn and garden.  Learn more:  www.NatraTurf.com

Lotus Moments - For wedding invitations and business announcements that are as unique as...you.  www.LotusMoments.com

Thanks again...we'll see you at Noon Central!

Posted at 09:56 AM in Branding, Business, Current Affairs, Worst Ad of the Week | Permalink