Today, Insight on Business with Michael Libbie on Webcast One Live has the

following stories.  Join us at Noon Central for more or anytime you wish by watching the re-broadcast or listening to the podcast.  Be part of the show by using "The Chat" or on Twtter, I monitor @MichaelLibbbie before, during and after the show.   Let's get to it:

Yesterday I was contacted by an independent film producer from Wisconsin who shoots documentary films for PBS.  He wanted some insight on the "Save the Maplenol Dairy Barn at Valley High School".  Tom Laughlin of Kovia Productions said he has a keen interest in what is happening here.   When we spoke, late last evening, he was making plans to come to Des Moines to shoot some footage.  We'll let you know.

Meanwhile the West Des Moines School Board had a meeting last night and about twenty supporters talked about why the barn should be saved.  Here is that article from the Des Moines Register. 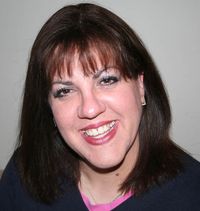 producer of The Scientist who has been charged with first degree theft in connection with that horrible mess with the Iowa Film Office.  But, is all what it seems?  We thought not six months ago...we're even more sure today.  Thomas H. Miller is handling the case for the state.  Former prosecutor Matthew Whitaker is the attorney for Weiner.  When we can...we'll share more.  But look for some interesting developments over the next several weeks.

At The State House there is "talk" about reopening the Iowa Film Office.  Governor Terry Branstad has said they he is open to having the discussion.  But, it may be too late given the stain Iowa has received over this and the handling of the program it's doubtful that any serious producer will look toward the state.  And...that is too bad. 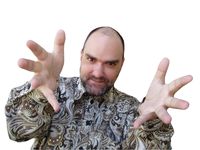 Our guest today is the wise-cracking editor and creator of Jackass Letters and we're going to learn a thing or two about consumers and customer service through his work.  Christopher L. Jorgensen is the creator of Jackass Letters a satirical but often serious mirror into the world of corporate redundancies when it comes to communicating with consumers.  (Did I just run all those words in that sentence?  Impressive...) We'll talk about the letters he sends and what he gets back.  The list of companies reads like the Fortune 500 with a couple of politicians thrown in for good measure.  What is it business can learn from...Jackass Letters?  We'll share it all today.  Christopher L. Jorgensen with Insight on Business.

Insight on Business is a production of our advertising agency, Insight Advertising, Marketing & Communications and made possible by:

NatraTurf - Chemical Free Lawns & Gardens - Better for you, your family, your pets and the planet.  Learn more:  www.NatraTurf.com

See you at Noon!

Posted at 08:37 AM in Business, Film, Public Relations | Permalink