look at marketing and business news a little closer to home.  Brought to you by Bindery One www.Bindery1.com, NatraTurf www.NatraTurf.com, Exceptional Specialty Products www.esp4all.com and Weed Out Hate www.weedouthate.orgwe're on today at Noon Central here at Webcast One LIVE www.WebcastOneLIVE.com join us?

Here is the show from today.  All the links are under the video which starts at :18 seconds.  Enjoy: 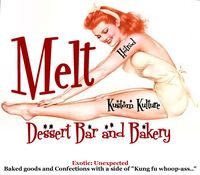 Imagine heading out to a intimate bar after a show or a meal and running into your friend who has told you he doesn't drink.   No big deal because it's not a traditional bar but a dessert bar where couples can snuggle in with decadent chocolate tarts...  Imagine.  Today we'll visit with Danny Duff who is Melt Dessert Bar & Bakery.  We think this is very cool.  More about Danny after these stories.

Back to Trust & Value

Maybe you forgot?  We can understand.  Things are rolling along, sales are increasing, revenue is better.  But still consumers are wary.  In fact Bloomberg reports that consumer confidence fell to it's lowest point since March 2010.  That means what?  We'll review today.

We found this short story from the Business Record...interesting.  Seems Denny Elwell (mega developer from Ankeny) looked west and saw an "underserved" area in Waukee for commercial development and real estate.  Could be.  At the rate commercial space is opening up downtown...west just might be where it is?

Hanging with Washington, Jefferson and Others...

Our friend Jay Byers posted, yesterday, that the Des Moines Partnership will be including a stop at Gadsby's Tavern during the upcoming legislative trip to Washington, DC.  The trip, DM/DC, is intended to educate congress about the needs of the metro area and how businesses in the Metro can better understand and communicate with government.  Changing times also means the Partnership will not use a private charter aircraft this year.  Heading east on a direct Delta flight.  Here is the link to the info. 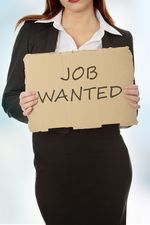 In February, according to this story from the Des Moines Register, Iowa gained 3,700 jobs.  The increase comes mostly from the hospitality industry.  What is key to the story is the fact that this marks the highest employment in the state since April of 2009.  Even with all the good news...over 102,000 Iowans are still out of work and experts say that number is really lower than the actual figure as some people have simply quit looking.

Friday.   Seems the Ag Protection Bill is stalled in the Iowa Senate.  The Ag Protection Bill makes it a crime to, among other things, gain employment on a farm or agricultural processing facility, take videos of say animal cruelty issues and then release the footage to the media.  The Soybean Association is worried that members of the Senate Committee are being influenced by, "...animal rights advocates - many of whom are not their constituants."  In other words...folks that ain't got nothin' to do with Iowa and agriculture but who are pushing their "agenda" when it comes to critters.  We've said from the start this is a bad bill and an even worse public relations move for Iowa Ag.  There is a smarter way...we'll share that today.

Melt in Your Mouth Goodness 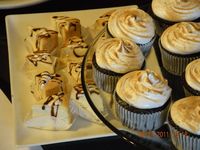 Danny Duff will be in studio today talking about Melt Dessert Bar and Bakery.  It's, what we think, is a great idea.  A little on the niche side of things...but still very cool.  We'll talk to him about what and where and why.  We'll also dig a little deeper into the things they bring to their table...or yours.  Danny Duff with his insight on business today.  Join us with your questions, answers and comment in The Chat or follow me before, during and after on Twitter @MichaelLibbie.

See you at Noon!