Insight on Business News Hour with Michael Libbie is our look at our world of advertising, marketing

and consumer trends.  Each day we'll take a look at several stories, offer up our opinion and several tips.  The goal is to help you increase your marketing footprint, get more eyeballs and sell more...stuff.  Thanks to NatraTurf and Bindery One for helping us make this feature possible.  Let's go: 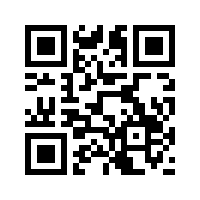 Last week I shared a quick video (you can click the link or activate the QR Code) with you about how to improve the use of QR Codes or Bar Codes in marketing your product or service.  This morning I read an interesting article about WHO is scanning with mobile devices, WHERE they are scanning from and WHY.  Here's the stats according to comScore and their survey from June, 2011.   That month 14 million folks in the US used their smart phones to scan QR Codes or Bar Codes.  They tend to be male (60.5%), between 18 - 34 (53.4%) and have a household income of $100,000+ (36.1%).  They scan from newspapers and magazines (49%), product packaging (35%) and websites on PC (27%).  Most scan from home (58%), retail (39%) or grocery stores (25%).  These numbers, we believe will only get larger as more products/services up their use of QR and Bar Codes.  But, you've got to do it well...  TIP:  What about a restaurant using "table-tents" with a QR Code and have the chef share the "special of the day"?  Or maybe the drink of the week... Using video it could be done in less than sixty seconds.

Last week we told you about this really fun idea some friends of mine had.  With all

the hoopla here in Iowa about the Iowa State Fair and the Iowa GOP Straw Poll the idea of running the iconic Iowa State Fair Butter Cow for president was...a natural?  Celebrating 100 years at the fair the Butter Cow seemed a logical choice for some...fun.  But, not all the folks thought it so.  "So, what is this a lame way to promote the fair or some graphic designer?", was just one of many Tweets I received.  In other words...some people are grumpy.  Two take-a-ways from this adventure:  1)  When you can mingle two hot topics into something fun you may end up on the Huffington Post and 2) Some people won't get it...and they will be angry.  Sucks to be them.  Have some fun!  Oh, by the way, Butter Cow 2012 is reported to have garnered three votes this past Saturday at the Straw Poll.  She may have beat several others?  You can connect directly with the campaign: ButterCow@ButterCow2012.com what the heck...

Boots - A Consumer Trend for Fashion?

We spent a couple of days at the Iowa State Fair and I was intrigued by how many women, of all ages, were wearing boots with shorts and skirts.  I saw this on both Thursday and Friday afternoons.  Might be the acts on stage or it just might be...something else.  We're headed back this week for more consumer insight for a client.  Must do some additional "research".   But, seriously...might "Cowboy Chic" be coming back? 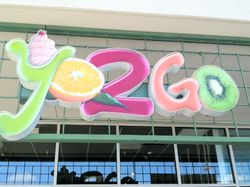 Urbandale.  It opened up early last month and it's been awash with customers every day.  Developed by Metro Area businesswoman Terri Roberts and her husband Mike it's one of several new yogurt outlets in the area.  What we like about it was...the simplicity of the idea.  The consumer isn't waited on by staff, it's self serve and you pay by the weight of what you put in your cup.  Loaded with all sorts of choices in yogert and toppings it's delightfully simple.  And, we LOVE the logo!   It's been a cool place to hang out during the hot summer...what happens when we get -15 degrees?   We'll see..

Thanks and Keep Rolling!

Thanks for coming by for a few minutes.  Hope some of this information caused you to think of ways how you might better connect with consumers.  Have a great Monday! - Michael