Each week we formulate a number of stories we've watched that have an inpact on the way your business should look at advertising and marketing.  These are our opinions and if you have one...feel free to leave a comment here or join us on Twitter @InsightADV or our advertising agency Facebook Page.  So...what do we think about: 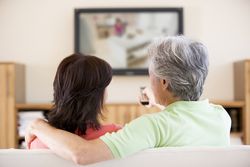 In yet another dramatic jolt of how social media works in ways traditional media finds troubling:  Nielsen (the media ratings company) has smacked down Oprah for Tweeting encouragement to her followers to watch her network, OWN.  Nielsen calls this a "possible biasing effect"in that the network is pushing viewers during the rating period by using non-broadcast media.  In November Nielsen cut a nights worth of ratings for NBC's "Late Night with Jimmy Fallon" after he urged followers to watch the show during the ratings sweep.  Still think social media is a waste of time?  Here is the story from the New York Times.

When Flowers Just Don't Cut It

This week was Valentines Day so we published a piece on a consumer trend that seems to be catching on.  Searches for retailers who offer online sex toys climbed by a whopping 196%.  Whoa...  While that might sound sexy our goal was to capture your attention and share with you how easy it is to follow consumer trends and then make adjustments in your retail offerings based on data...not guess work.  Make sense?  Here is that original post, "Are Flowers Enough?"

Like the Super Bowl we follow the programming as well as the ads.  This year the 54th Grammy Awards enjoyed a huge boost.  There were 39.9 million viewers nearly 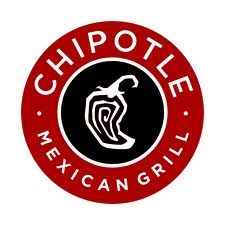 twice the number of last year (second highest in the history of the show) and set the bar high for future shows. What was the driver?  No doubt, the untimely death of Whitney Houston contributed to the viewer boost.  In addition, the ad that captured the most attention was this very cool piece by a company that usually casts a wary eye on traditional advertising.  Chipotle introduced this ad online in August of 2011 and in over 5,000 movie theaters.  Add to that it is the very first national piece of advertising the company has done. Another interesting piece...Chipotle has indicated their same store sales have increased by 11% and overall profits are up by 20%.  Maybe being socially concerned is a good idea?

We likely!  Very...cool and it's a great example of mixing some excellent creative in a captivating message.  WHOOT!

This week I attended a seminar hosted by the Des Moines Radio Group that featured their online media partner Radiate Media.  The pitch was pretty simple:  "If you are in business and you do not have a website you are in...trouble."  The stats were impressive and what you get for your fee seems reasonable...for a year or so.  Would you pay $299 the first month and $199 a month every month...forever?  Here are my thoughts.  You might have a different idea and I'm up for hearing it. 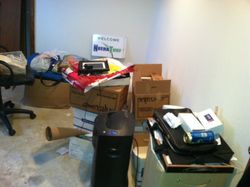 It's been almost a year since I signed off from our daily business show, Insight on Business with Michael Libbie.  It was a great three years and that experience helped me polish some talents I'd put on the shelf for 25 years.  Over the past year I've considered doing something in the same arena but with a bit less stress.  (The show took five hours a day to write & produce.)  So, I've decided to start small and grow...again.  We're taking a storage room at the office and creating a studio.  It's not much to look at...now...but we hope to get the voice-over facility done in the next month.  We'll keep you in the loop.

When you are required to pay for your advertising, you will still be able to make money online. However, you will not be making as much money as you would if you were not paying for advertising.

Siryoz - OK, I'll bite. What are you selling? We sell "ideas" and you? Thanks for reading... Michael