Yesterday everybody was excited about earnings reports...today...not so much. We've got a full boat for you let's get started: 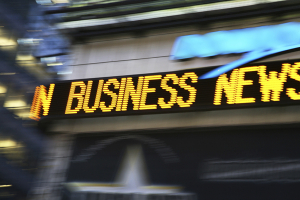 Those stories plus my two-part interview with Des Moines mayoral candidate former Sen. Jack Hatch. In Part One we'll review who Jack is and why he is running. He'll talk about water, Des Moines, education and "forgotten neighborhoods".

Then in Part Two we'll talk about something nobody seems to want to discuss and that is the crushing poverty just outside of downtown. He's got some ideas and we were eager to listen. Plus, and yes, we'll talk about potholes.  Here is Part Two with Jack Hatch.