visceral way to what I believe is the impending death of the Des Moines Register and the newspaper business as a whole.  And, why it matters.

In case you missed it, this past week Gannett released 300 workers nationwide, part of their ongoing 700 employee downsizing.  Thirteen people lost their jobs here in the Des Moines Register newsroom.  Good people who came to work every day to do a job that at 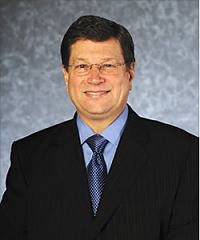 one time was essential.  The key words, "at one time".  Also this week the public learned that Gannett CEO Craig Debow was paid $4.9 million in 2010, which is double his salary from 2009.  In addition Debow was paid a cash bonus of $1.7 million for implementing "cost cutting measures" in 2010.  Here is the story from Bleeding Heartland.

My outrage at the destruction of an industry and the unmitigated greed of the "board room suits" is, no doubt, the anger phase of the mourning process.  Many of you who are reading this don't, and perhaps can't, understand why this death is so personal.  That's because you don't have a memory of the enormous impact the newspaper business once had on...everybody.

In cities, large and small, there were two, three even four newspapers.  There were 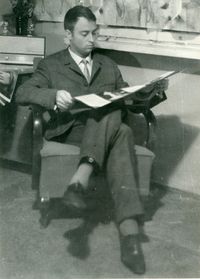 morning and evening newspapers delivered to anxious people seeking in depth coverage of the big and tiny stories that impacted their lives.  Those of us who carried and delivered and collected subscription dollars know that in any given neighborhood we stopped at nearly every home.  My route consisted of eight city blocks where I delivered 137 newspapers.  That was...coverage.

The people who wrote the stories had a tremendous duty and most carried it out as if it were a calling from a higher authority.  Journalists, photographers, columnists, editors...even support staff were held in high esteem because we counted on them to bring us the news.  News that we would digest before supper or during breakfast and then talk about it over the meal table offering opinions and opening up family conversation.

The people that owned the newspapers lived in the cities that they served.  Many times those people were made up of entire families who had been in the newspaper business for decades.  Powerful, and wealthy, they ruled over their paper empire and shaped the landscape of opinion for business, industry and politics.  But, they were...local.  While they had the best seats in the ballpark, we knew them, saw them...and even, if you were an aggressive young delivery boy, got the chance to talk to them.  Even if only to say, "Hello sir, I work for the paper!".

If you've never experienced those things you don't have an understanding of how personal this impending death is.

The Day The Music Died

I had a "real job" but a radio station in town had lost their morning guy.  I got a call

to "fill in for a couple of weeks".  I could do 5am to 9am and then go to my job it was only going to be for four or six weeks.  Three or four weeks into the job the out of state owner came calling and said, "You've got a great voice and I'd like to hire you to do all eight stations and be my 'morning guy'."   He wanted me to "voice track" each show.  Had I accepted I would have put seven guys out of work...but he would 'double my pay'.  I thanked him for the offer and gave him my two week notice, on the spot.

I tell you that story because it's part of what's happened to the newspaper business.  As local papers, like the Des Moines Register, sold their family interests to big companies the space between the provider of news and the consumer of news got wider.  Jobs were combined, efficiencies were introduced.  The eye was not so much on journalism...but on the bottom line in an office hundreds, if not thousands, of miles away from the people depending on the news.  And, then came The Internet and Craigs List and...people like Craig Debow to whom the news is nothing more than a business proposition that means a fat paycheck and bonuses for taking a sythe to a newsroom.

Today the daily circulation of the Des Moines Register is below 115,000, less than a quarter of the Des Moines area households.  Meanwhile, in an effort to stave off the grave digger, the advertising department continues to increase rates as they reach fewer people.  The on-line editions try to make up the lost revenue by forcing readers to wade through banner ads, pop-ups and scrolling messages.  Some newspapers like the New York Times have lofty expectations that we will pay to read and some will.  Will people pay to read the Des Moines Register on-line?  I don't think so...who will be left to write the stories?  Cub reporters fresh from Iowa State?   Maybe...

Meanwhile small hyper-local newspapers and websites are popping up all over the country...and they are growing.  Not yet having the ability to do in depth reporting they are covering, and some out pacing, the larger established news outlets who are not as nimble nor as tech savvy as these "gorilla journalists".  For two years I, and others, worked to create a solid webcasting platform that died due to a lack of leadership and vision.  We were also...way too early.  But...it's coming.  And, as video journalism and blogging continue to grow and become more mainstream...

It's sad...and yet, if people can see the opportunity...there is something better coming.  It's just that those of us who remember what it was like must be given the opportunity to work through shiva.

Thanks for coming by. - Michael

Posted at 08:01 AM in Business, Des Moines, Opinion | Permalink

It was indeed a sad day to learn of the continuing reduction in force at the Register. Much of the same has happened in radio over the last few years, with some small newsrooms having been reduced to just one person. In some cases the reductions have gone all the way to zero. You mention voice tracking and that in essence is what has been happening for radio news. Several of the larger markets now actually try to do local newser for the smaller markets. A far cry from the days of three to four newspapers in a community or four or five radio stations with active and competitive news departments. (Insert heavy sigh here)

Jim, It is the curse of having a memory for good, solid local news and information in a media that we both have loved. In the end what will be the impact on the consumer. Better...less? I don't know. But there are signs of something new and different coming. Consider Patch.com and even less funded hyper-local news sites. It is, at least, interesting times. Thanks for reading and for the comment. - Michael

Michael: I share both your sadness for what is being lost and optimisism about the future. The medium which we are using to grieve, ironically, is the same one that gives us hope for what is ahead. My hope and prayer is that the good/talented men and women who have been displaced find something even better going forward. Good job out of you on this blog. (Sir William)

Bill - Coming from you and folks like Jim...I am honored that you took the time to read and respond. I share your prayer for those folks we know and those we don't. BTW - Have you seen Company Man? It is quite the film on this subject...and the future. Thanks for reading and for the comment. - Michael

Lots of companies downsize in a weak economy, but how many successful businesses ditch their core assets? The Register keeps ditching people with talent who work hard, providing content that (in theory) makes the paper worth reading. A newspaper isn't anything without a good staff of writers, editors and photographers. Instead of trying to ride out a tough economy, Gannett slashes and burns.

Morning Des Moines Dem - Thanks for your work on the story in Bleeding Heartland another example of Hyper-Local news. Your comment is spot on. "core assets" are being slashed...but we've got to remember it's not about news or community or the consumer...it's about the business and, sadly, the business has, in my mind, a plan other than tomorrows stock price. Thanks for reading and for the comment. - Michael