Playing the Grinch this morning...  While you may be rising with "visions of sugar

plums" I've been hard at work finding the stories that will make you...crazy(er).  On Sunday we leave the business world and turn our attention to politics, religion, sex, gossip...the stuff I know you crave.  Merry Christmas my friends...grab a large cup and enjoy your Sunday Morning Coffee. Careful...it's HOT!  Oh, my name is Michael P. Libbie and I approved of this message.

Let's Get Local with Chris

I think those guys at the end of the video were...stoned.

Word is that "The Donald" is going to abandon the Republican Party and suit up for a presidential run as an Independent.  That's really unfair to Newt Gingrich because now we'll have a guy to vote for with even less moral character than the former Speaker of the House.

In a related development the Iowa House Majority Leader, Kraig Paulsen (R-Hiawatha) has endorsed Newt Gingrich and did so with the back-drop of the Iowa State House.  Reaction:

I dunno...first Cindy Golding and now Newt. I don't think this will end well for Kraig.  Want proof?  Seems the former Speaker of the House won't be able to place his name on the ballot in his home state of Virginia.  Failed to get enough signatures on his petition say our friends at Reuters.  We simply could not make this stuff up even if we tried. 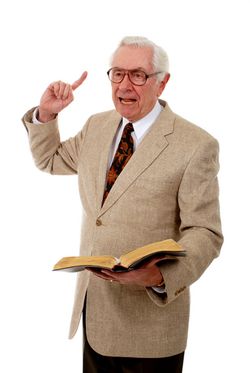 And the fun continues.  This week Pastor Jeff Mullen from the Point of Grace Church, and official GOP candidate who will need to RINO sitting Iowa State Senator Pat Ward in a primary, has told us to forgive Newt and says he has a sense the most recent fervor in Iowa is for Gingrich.  I really thought that was nice of him but what about Congresswoman Michele Bachmann whom he endorsed months ago?  Meanwhile, Bob "If You Ain't Christian You Ain't S***" Vander Plaats has endorsed the only true religious conservative in the race, former US Senator Rick Santorum.  But, there is more.  Word is that Bob tried to shake down some candidates for a cool million bucks for his endorsement.  I don't believe it considering he ended up backing Senator Santorum whose poll numbers are lousy and bank account even less.  Besides Bob's endorsement isn't worth that much.  And, finally, If you want a look at some of Iowa's Religious Conservatives and what they have in mind for...YOU...here is an interesting read from Tracy Jan of the Boston Globe.  Mind you this is all about "religious freedom"...for some.

Let's Move On To Something More Fun!

Christmas is such a depressing time of the year.  For nearly two decades I keep thinking Santa will leave, parked in our driveway, a new Lexus with a bright shinny bow.  I just looked, and just like the Chris Hagenow Newsletter...nothing.   It's a "December to Remember" alright...Santa...sucks. 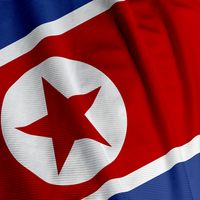 North Korea just became more...odd.  Following the death of Dear Leader, Kim Jong-Il the "Ruling Council" (or something like that) named his 27 year-old, unknown, untested, son Kim Jong Un as the "Supreme Commander".  Ron Paul had been hoping for the job but, he wasn't wacky enough.  At the same time Congressman Paul is leading in many Iowa polls just days before the Iowa Caucus.  On second thought, North Korea isn't that odd...

of CNN.  Seems they (and everybody else in the news business) will be spending New Year's Eve in Iowa.  (It really is a better gig than Times Square.)  Morning News Producer Karrah Kaplain @KarrahCNN has been talking with Claire Celsi @ClaireCelsi and I about having a look at Iowa Bloggers who are also in business. Our job has been to round up some GOP/Independent social media types who are business people to discuss their concerns.  Should be fun and I'm looking forward to visiting with Soledad O'Brien the new Morning Anchor.  I'll let you know. (Photo: DanielW/Shutterstock.com)

Today as thousands of Iowan's sit back and enjoy the 5th day of Chanukah, Christmas Day and Kwanzaa Eve our thoughts turn to...politics.  We don't have a big budget but we thought it was important to introduce you to our friend Desmund Adams who is running for Iowa State Senate in the 22nd District (Clive, Waukee, West Des Moines & Windsor Heights).

Now, if you want to take a peek at the high budget videos from the Republicans seeking the presidency here's my friends from Bleeding Heartland.  They have a bunch in their blog.

Still In The Fight

Finally, it doesn't matter which political party you represent.  What does matter is how committed you are to our country.  These guys truly are.  Here's quick story coming from my friend Bill Brown out of Carroll, Iowa.  He and several others are working on "Still In The Fight" a film that follows three injurded Marine Corps veterans.  When Bill shot me an e-mail last week I had a look and want to share this piece with...you.  Perhaps you can help make the film a reality?

For more information on Still In The Fight and how you can help...follow this link.

Thanks for coming by.  If you want to leave a comment here, feel free.  Or, we can connect on Twitter @MichaelLibbie or here is the link to my personal Facebook Page.  Have a Merry Christmas, Happy Chanukah and Happy Kwanzaa!

I had a strange experince last night after getting home from my mothers house for christmas eve dinner. I sat down on the couch and fell asleep. I awoke at about eleven thirty realizing I had missed going to Christmas eve service. So I got up and went to bed. I was sound asleep when I heard a loud noise on the top of my apartment roof. Then I heard the sound of animal hoves walking on the top of my roof, and a voice yelling Ho ho ho. Then I heard some strange noises comming from my livingroom so i got up put on my bathrobe and went to investigate. When I got to my livingroom I discovered a large red M &M with a Santa hat and large red bag filled with what? I dont know? Climming out of my fireplace onto my livingroom floor. I was so shocked and startled I hesitated not knowing if I should get my gun, then I remebered I dont have a gun nor do I believe in guns. Having killed many bad guys in a former life as a superspy for MI6, or better yet, get my chocolate fondue set out and some strawberries.

Peter, my friend...a perfect story for Christmas. Hope you did have a Merry Day and being with Mom...is always the best! Thanks for reading and for the comment. - Michael