Coffee.  Each week I take a look at the past week and a peek into the future to share with you my opinion on politics, sex, business gossip and general nonsense that gets talked about.  My name is Michael P. Libbie, I approved of this message, and you can react to anything here with a comment or let's connect on Twitter @MichaelLibbie or here is my personal Facebook Page.  Grab a cup...but warning, the coffee is...HOT! 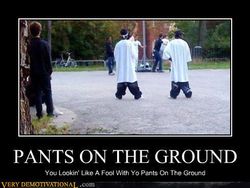 Last week the bean-counters at the corporate offices of Cumulus Media in Atlanta, Georga made the decision to fire Chris Bradshaw from the FM talker 98.3 WOW-FM.  Bradshaw was the only liberal, local radio voice in Des Moines with an extended daily show.  The Left went nuts thinking the suits in Atlanta were going to replace him with more syndicated right-wing nut jobs like Hanity, Beck or Savage.  But...nope.  Word on the street is that 98.3 will become "Urban".  Hip-Hop in....Des Moines.  In other words they threw in the towel to the ultra-right-wing nut job AM station 1040-WHO Radio.  The losers here are not the libs...the losers are people who enjoy LOCAL programming.  Something that Atlanta...doesn't get.  This should be fun to watch.  Pants on the ground...Des Moines! 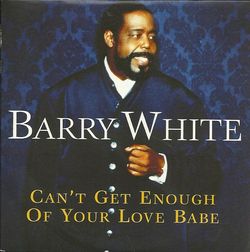 By now you know the "Cain Train" has been derailed.  That is a real shame.  I had hoped that Herman would take my advice and start using "Can't Get Enough of Your Love" by Barry White as his campaign theme.  But, there is still HOPE that Newt will CHANGE (he's done that before...) and adopt the song.  I'm still in wonderment that The Family Leader and Bob "If You Ain't Christian You Ain't S***" Vander Plaats would look to endorse Gingrich.  But, remember infidelity is one thing and being a member of a cult is another.  TFL might hate Governor Romney but we're stickin' to it that Romney will be the GOP nominee once the Inquisition is over.

What The Hell Are You Thinking?

Last week I made an attempt to get folks interested in coming out to a Central Iowa Bloggers meeting at Panera Bread on University in Des Moines.  The impromptu, once a month, group without any agenda other than sharing ideas has seen attendance erode from thirty to maybe a dozen folks.  Two reasons?  The social media "scene" has moved to Downtown Des Moines and things...change.  Which got me to thinking why would a bunch of independent thinkers and business people meet in a corporate place like...Panera?  Why not a small locally-owned coffee shop.  Let me get back to you one this...I've got a month. 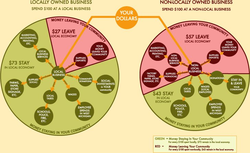 We've been on this for several years...how critical it is to make the valid decision to switch your purchasing habits to local merchants and away from Big Box.  I know you are motivated by...images so check this one out.  It's from a local merchant Adventure Lighting based in Urbandale, Iowa and came from a post Jack Huff wrote back in 2010.  Look, if you just moved 20% of your purchases this holiday season to locally owned retail stores...  What a solid impact.  If you moved 50% of your shopping...imagine.  We do some things out of habit and those can change. You with me on this? 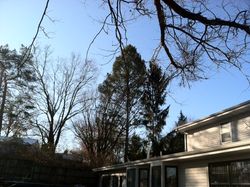 Looks like, according to the experts, we can't get hooked up to DirecTV.  I had visions of watching television again but those were dashed when Mike (a super professional, well mannered tech) from DirecTV came out and surveyed the property. "Those trees are in the way and we'll not be able to get a clear line of sight for the receiver."  My Bride wanted a home "in the woods" and the Village of Windsor Heights has plenty.  Trees 1 - DirecTV 0.  That leaves me with (double gulp)...Mediacom.  The same company that continues to bill my Mother for $130 for an account that owes her $8.15.  The latest bill, dated November 23, charged her for "equipment that was not returned" and threatened legal action and credit action if we didn't send them the cash.  Trouble is...the equipment was returned on October 31...got the receipt in my hands...and they continue to tell us they owe Mom $8.15.  So..my dilemma is...do I stick with the one channel we currently get or go with a company that just can't seem to get their act together?  The old days...were, in this case...better.

The Return of Horse Slaughter 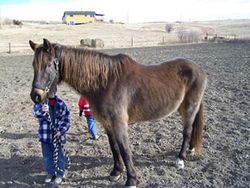 A couple of my Facebook Friends were shocked when I suggested they do a little more homework before they shared their disgust at President Obama and the USDA Bill, which passed congress with a veto proof majority, that had, as a amendment, the reinstitution of horse slaughter in the United States.  Fact is it's better for horses and it's something that I've argued for years.  When the US banned horse slaughter and the final facility, based in Illinois, closed unwanted horses were turned loose, starved to death or transported to horrible facilities in Mexico and Canada.  When facilities open up in the US they need to be better regulated and observed...  See more government can be a good thing.  Even, PETA agrees.  Here is the story from the Christian Science Monitor.

Following months of silence we've recently heard from the other female GOP presidential hopeful as she weighs in on mooooving her campaign forward.  ButterCow 2012 offers up a scathing rebuke of each of her opponents in this new press release reported by the Des Moines Register.  Here is another link to her Official Web Page.

Things have been going really well in Egypt for the Islamic right-wing nut jobs known as the Muslim Brotherhood.  I love it when my friends say this will not matter.  Should Egypt become yet another ultra-religious state it just may look something like my friends pray for over at the The Family Leader.  Come to think about it...they really do have lots in common.  If you want to know more...and I know you do, here is the story from our friends over at AP.

Could happen.  The "less-government" governor of Michigan is setting the wheels in motion to appoint a czar over my troubled hometown to bust unions, cut pay, privatize services...  So, you think voting in local government elections doesn't matter huh?  Here is the full story from our friends at CBS News.  Don't you love it when we step outside of The Village? 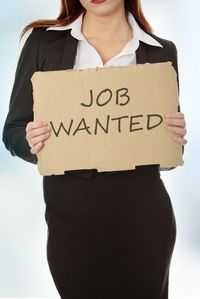 Let's come back home for a moment.  This morning in the Des Moines Sunday Register there is an interesting story about Governor "For Life"Terry Branstad and my friend Iowa Department of Education Jason Glass has in store for those who wish to become teachers.  The short story is:  If you don't have a "B" average in high school don't bother applying to a teaching college.  The idea is better high school students make better teachers.  It's sort of what they do in...Singapore.  Yes, now Governor "For Life" Branstad wishes to model our state after frickin' Singapore.  You know, that country that will put you in jail for chewing gum.  The country that flogs folks for talking poorly about their leadership. If this reasoning is sound that would mean if you...say were able to get your GED say at Job Corps and didn't pull the right number you would not be allowed to move on and you would be discounted early in your life.  Don't you LOVE less government?  Here is the full story from our friends at the Des Moines Register.

Get Introduced to Desmund Adams

I pulled that GED remark so I could share with you the story of my friend Desmund Adams who is running for the Iowa Senate in District 22(Clive,Waukee, West Des Moines, Windsor Heights).  You see, Desmund got his GED from Job Corps and rather than being turned away and told he wasn't "good enough" went on to get his Law Degree from...Drake.  Desmund is now a successful Iowa businessman and I want to introduce you to him.  So, let's meet-up at the Clive City Hall Community Room this Wednesday, December 7th between 5:30PM and 7:30PM.  Desmund will do a meet-n-greet and then talk about responsible job creation.  Not turning people away, not peeking into your bedroom, not judging you by what house of worship you attend...he is actually talking about...JOBS.  I likey.  See you Wednesday!

Thanks and Have a Great Sunday!

That's it...sorry for the wait.  We were out LATE last night talking global politics with our Austrian friend.  I am way too old to be out past the 10PM News!  Let's connect and enjoy your day!  BTW - Week 41 since I requested the Chris Hagenow News Letter.  Must not have shared my address correctly?  - Michael

I will not be listening to 98.3 anymore. Bradshaw was the only reason I tuned in in the first place.It is their loss. I hope Bradshaw finds another station in DM so I can hear him again soon!

Hi Stacy... Chris Bradshaw is a smart, quick and educated talk show host. He will find another gig... The real losers in this are the local business owners who advertise "thinking" they are getting local programming. The GM over at 98.3 WOW-FM said in a DSM Register interview, "They (Cumulus) are running things now..." The translation to that is the suits in another city think they "know" this market better. That thinking has ruined lots of broadcast facilities and does nothing for serving the local community... sad. Thanks for reading and for the comment! - Michael

I was bummed to find out he got canned as well. I hope he does find another job doing a similar show locally, I don't know how much more of this new guy I can take. Holy crap.... Bring back Bradshaw!

Hi Nice... Not to worry. Word on the street that 98.3 WOW-FM will be losing their talk programs and moving to Hip-Hop...so we can all start wearing our pants on the ground. ;-) Thanks for reading and we're also sad to lose Bradshaw... - Michael