(Update) Happy New Year and thanks for coming by for a quick read about sex, politics,

religion...the stuff folks crave.  I know it makes you crazy(er) and that's why I'm here to help.  On Sunday Morning I step away from the business world to take a gander at what folks are talking about.  Lot's of things today including my Iowa Caucus Predictions so grab a cup but, careful...the coffee is HOT!  And, as always, I'm Michael P. Libbie and I approve of this message...

For the life of me I can't figure out this goofy woman...other than she makes a

bundle talking up dumb stuff.  Her most recent brainless banter revolved around the holiday card sent out by President Obama and family.  Recently on Fox News Governor "I Quit" Palin said she found it "odd" the card featured Bo, the family dog, rather than the traditions of "family, faith and freedom".  She went on to rattle something about, "American foundational values illustrated and displayed on Christmas cards and Christmas trees".   "Dear Sarah, the President is the President of all the people not just those of you who cling to some sort of lunatic fringe element convinced that their religion (Christian) is somehow under attack.  For Christ's sake...you've got a national holiday and there are more churches than bars." (At least in Duncombe, Iowa.)  BTW, she would not have liked the holiday card of President Carter,  President Kennedy, President Roosevelet or President Hoover...either.

He will be speaking this Wednesday in Ohio regarding his jobs bill.  You know, the

jobs bill the Republican Congress refuses to pass that would mean employment for thousands of middle-class Americans.  You know, the jobs bill that would fix the roads and bridges here in Iowa (which were deemed some of the worst in the nation).  That jobs bill.  I believe the Obama Campaign will put some distance between the President and the "do-nothing congress" that continues to fail when it comes to issues important to rank and file Americans.  Watch...this will be fun.

In two days Iowa Republicans will stream into their meeting halls, churches and schools to select the winner of the First in the Nation Caucus.  Here is how it will play out:

Governor Romney will go on to win in New Hampshire and will be the Republican nomonee who will then lose the general election to President Obama...who will, again, take Iowa.

Then There Is This...(Shocking News)

I don't much care for Steve Deace.  He's creepy.  And, it turns out, he is also two-faced...like many of those who spout one thing and then do something...like this:  On Friday Mr. Deace endorsed Newt "Got Me Three Wives" Gingrich.  Steve "Mr. Faith & Values" Deace who threw more than one Republican under the bus because they didn't somehow live up to his personal expectations has confounded his own (misguided) logic.  And it's not just me wondering about this decision...it's also my friends at The Iowa Republican...check this story.  Steve Deace/Kent Sorenson birds of a feather.

Waiting, waiting, waiting to learn about all the hard work my Iowa State Representative is doing on behalf of those of us living in "The Village" of Windsor Heights. 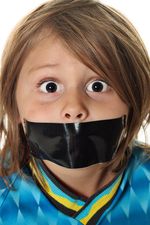 You too may have been tempted but, seriously, don't do it.  This past week a couple of lunatic parents in Arizona decided it would be fun to place duct tape across their children's mouths, bind their hands and feet, take photos and place them on Facebook.  Frankie Almuina, 20 and Kayla Almuina, 19 are still in jail on a $25,000 bond, each.  The kids, 2 and 10 months are with their grandparents in protective custody.  Here is the story from our friends at CNN.  (They say that if you use a word too much it loses it's value...no more "lunatic" until next week...)

I was pleased to be one of the folks asked to assemble a cross section of Iowa Voters who also use Social Media so our friends from CNN could visit with them about their concerns, including business, just ahead of the Iowa Caucus.  Here's a brief clip:

Some of us will appear on the New Direction, the revamped CNN morning show, with new anchor Soledad O'Brien on the 2nd, 3rd and 4th of January.  What a way to roll into the new year.  Thank you, again, to all the folks who came by Palmer's Deli on Ingersoll...you all rocked!

As proof that replacement theology is not only the stuff of News Radio 1040-WHO and their mid-morning talk host, our friends at Fox News Latin America, based in

Argentina (known home to many fleeing Nazis), recently issued an apology regarding a poll placed on a Facebook Page promoting a National Geographic Christmas Special.  The poll asked readers "Who was responsible for the death of Christ?".  Your choices were: 1) Pontius Pilate; 2) the Jewish People or 3) the High Priests.  (As I read the choices we Jews get two out of three.)  I dunno...Christmas is such a warm fuzzy time of year.  Here is the story from our friends at MSNBC. 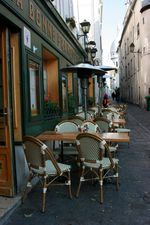 Last night was still 2011 and my Bride and I may not have made it to midnight but...we did watch "Midnight in Paris" featuring Owen Wilson.  What a delightful trip into...fun.  Loved the music...as well as the message.  "Just because it was yesterday doesn't make it better..."  Neat flick!  Made us want to go...someday.

Last week I had the opportunity to meet Ron Hoyt who owns the business of his grandfather.  Carter Printing is on the east side of Des Moines and one of only two "union print shops" in the city.  It was a nice meeting and tour.  Thanks Ron, Scott and Laura for the hospitality and the quick service.

I spent several hours this past Friday in a video editing studio where I learned a good friend of mine has been diagnosed with an aggressive cancer of the brain.  In an email his wife indicated that "with treatment" he may have a year.  This hit me hard...and I thought about all the people who I know that I may have failed to learn from.  Those folks who come in and out of my life but I'm "too busy" to spend quality time with.  (I know, bad sentence structure...)  If I can hold to one resolution it will be to learn more from my friends and cherish that time.

Speaking of friends...  I'd been wondering about former Iowa Governor Chet Culver.  In fact, just last week I was in a conversation with another Culver friend wondering "out loud" about him.  Leave it up to our mutual friends at Bleeding Heartland to share the new news.  Looks like the governor will finally be able to start serving on the Federal Agricultural Mortgage Corporation.  The Senate Agricultural Committee FINALLY got around to approving the appointment.  I just heard from my friend former Iowa State Senate Majority Leader, Lowell Junkins who tells me he will be serving with Governor Culver on the Board and "I'm really looking forward to it!".  (photo)

OK then...  Have a wonderful First Day of 2012.  Word around our place is the after today it's back on the machine that serves as a clothes hanger.  I'll keep you posted.  If you want to connect here with a comment...feel free.  Or let's get together on Twitter @MichaelLibbie or my personal Facebook Page is right here.  Happy New Year friends!

Posted at 07:36 AM in Current Affairs, Sunday Morning Coffee | Permalink