news...and the stories you might have missed.  Inside each edition we've got politics, sex, gossip, opinion and a little fun.  If you want to comment you may do so here or join me on Twitter @MichaelLibbie and here is my personal Facebook Page.  My name is Michael P. Libbie and I approve of this...message. Grab a cup and let's go but, careful The Coffee is..HOT!

Have you noticed that, other than the BIG mistake made last week, we've hardly heard about Newt "The Angry" Gingrich?  It's been all Mitt "Poor People?" Romney and what happened to Ron "The Cranky" Paul?  We know that Rick "I've Got Jesus and You Should Too" Santorum has been fading.  Oh...Sorry, I got side-tracked.  What was "the BIG mistake"?  It came as a shock to me that Don "The Donald" Trump endorsed Governor Romney.  I had honestly thought he would have sided with Newt and then suggested a wife swap.  Seemed completely logical to me. 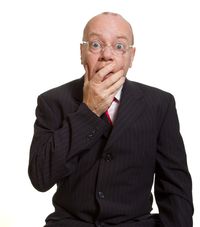 Shocking news last week...simply shocking and it centers on the (gasp) economy.  You know, the one that has been in a kamikaze like nose dive.  The economy that is failing all because of that Commie/Pinko Barack HUSSEIN Obama.  (Did you know he is also...BLACK?)  I know...the horror!  Anyway the uhm...Jobs Report came out and uhm...we failed to add the projected 150,000 private sector jobs.  Failed!!!  Yeah, the US added 243,000 jobs.  (Damn!)  And...what is even worse the Dow hit a high it's not seen for...(Double Damn!) four years.  Oh...and the NASDAQ climbed to it's highest average...ever.  Damn it x 3!  I want MY AMERICA back!  You know, the one with record unemployment.  Crazy out of control spending two failing wars and partridge in every pear tree.  What the hell are we to do...now?  Maybe we just "stay the course" and. like Governor Mitt "Secret Underwear" Romney says over and over: "We're headed in the wrong direction."  Yeah...uh huh.

My friend Johnny Mac predicted it on Wednesday.  It was coming and there was nothing between us and the blizzard of the century but a single strand of barb-wire fence.  That prediction sent thousands, here in the Metro" into "Winter Death Storm Frenzy".  "I need milk, bread and...eggs!"  Forget the Super Bowl beer and chips!  It is our very existence that is threatened!"  My mother was right there among them.  At nearly 92 she was not about to be left without provisions.  So, off to the Urbandale Hy-Vee we went.  Milk, bread, eggs and...a side of beef.  It could be a bad storm.

Me and Jay Byers 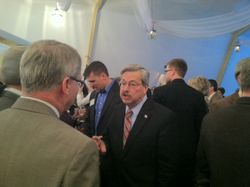 It was an interesting night.  My friend Jason E. White from the Warren Country Economic Development Corporation sent me an email and asked if I were interested in coming to their GroWARRENow kick off.  Jason is spear-heading a drive to raise $2.2 million to boost employment, recognition and interest in, what has become, one of the fastest growing counties in Iowa.  I'm always in for a good party and especially one that has loads of attractive people.  (No offence but it has been my experience that GOP centered events tend to bring out much better looking people.  And, the food is a step up too.)  Anyway, it was a fine event.  I got to talk to Governor "For Life" Terry Brandstad, the new director of the public/private development group Debi "Sioux City Rocks!" Durham and...the only other Democrat in the room...Jay Byers who was recently named as the Director of the Des Moines Partnership.  Jay, when introduced as being from "...a different theology then us" shot back saying, "My theology is economic development and I'm proud to be here."  Here is a brief clip:

It was a nice event and congratulations to Jason and the folks from Warren County.  And, did you notice what Jason said about a program to retain businesses?  It's always bothered me that economic development folks will fall over themselves to recruit new industry to the area but fail, often miserably, at retaining existing companies.  Until they suggest the grass is greener...someplace else.  Politics aside, Grow Warren...GROW.  It will do us all...good.

One Tiny Tid-Bit from Warren County

Just when things were in a festive mood and the Governor was talking about his jobs plan in walked State Senator Kent "Burn the House Down" Sorenson with (are you ready for this?) Senator Pat "I Am NOT a RINO" Ward.  Shocked! (Twice I have been shocked in this post.)  She looked in tip-top form but left before I had a chance to ask her if she'll be running in the new Senate District 22. (She currently lives outside of the new district...) The next day I was visiting with my old friend Senator Jack "I've Been Here for Decades" Kibbie from Emmetsburg, Iowa who told me Senator Ward, along with he and four others, resigned their senate seats.  Which, in Senator Ward's case, allows her to declare in District 22...and face a primary against Pastor Jeff "If You Ain't Got Jesus You Ain't Got S...." Mullen who has already declared for the GOP and will RINO the hell out of Senator Ward come the primary.  If there is...one.  So maybe THAT is why she's hanging with...Senator Sorenson?  Or maybe it was just a "free ride".   Who says this stuff ain't fun? 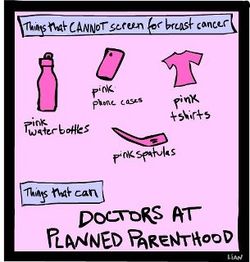 I don't have a dog in this race but...the whole Susan B. Koman / Planned Parenthood tiff is interesting.  First Susan B. Koman says they are not funding Planned Parenthood and some folks cheer because heck they are only poor people who will not get cancer screening.  Then the folks at Susan B. Koman say..."not so fast" so the love affair is on again...Dizzy.  Is it partisan?  Here is an interesting look at WHO is calling the shots, where they have worked before and...what it means.  Thanks to my friends at Bleeding Heartland for the link to the Mother Jones story by Adam Serwer and the image that came from Political Carnival.

I Told You Last Week - Zombie Voters are REAL!!!

Last week I shared with you that Iowa's Secretary of State Matt "Be Very Afraid" Schultz had, once again, raised the evil specter of voter fraud and said we must find a way to contain and protect Iowa from being more like...Florida.  Even though all 99 county auditors have written him and said there is no voter fraud in Iowa. Anyway, he's back this year with "a plan" to push for Voter ID Cards.  You know, those things that will keep older Iowans, students and dead people from voting. I thought it was all nuts.  Until we uncovered massive numbers of the "living dead"right here in Des Moines.  Shocking (that's three times) I tell you!

We're with you Matt...somebody has got to stop them! 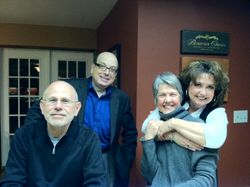 Last night we had a great time visiting with our friend from Brooklyn, NY...Ed Weintrob. (Second from the left.) Ed was in town for the Iowa Newspaper Association meeting.  He LOVES Iowa and comes here to visit often.  "It's something about the people and how they interact with each other.  I find it amazing."  Ed, who often drags his family here, was solo on this trip.  So what is so special about Ed Weintrob?  He founded a "hyper-local" newspaper called The Brooklyn Paper.  It was...free and packed full of local news and information.  You know, the stuff folks want to read about.  He sold it a couple of years ago to News Corp...those folks at FOX.  Anyway, it was great having him in town...along with our friends Susan and Sidney Jacobson...nice time!

Thanks & Have A Great Game!

Somebody shared with me that there is a football game today.  I think we'll try to watch it.  Enjoy your Sunday.  We'll get back to business tomorrow. - Michael  One more tiny bit of news.  My legislative representative here in the Village of Windsor Heights, Chris "Aint Got No Newsletter for You!" Hagenow was asked last week to "Just send the man the newsletter!" by my friend Desmund Adams who is running for the Iowa State Senate in District 22 (see above).  Desmund, he's not listening to you either.  Even after you said nice things about him.  Week 51 and still no Chris Hagenow Newsletter.  Bummer.  I should have asked the Governor.