heard about and some that you may have missed.  Each is laced with my opinion...because...I get to write this.  If you want to connect, here is my personal Twitter account @MichaelLibbie and here is my personal Facebook Page.  No hiding kids...  My name is Michael P. Libbie and I approved of this message.

We've been rocked by the murder of young Trayvon Martin.  On Friday the 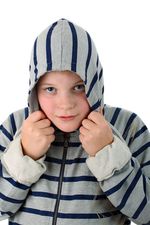 President took a few moments to address the issue calling for a full investigation and some "soul searching" as to how this happened.  But, some of us have a clue.  Some of us know.  No, not those of us who are white...but those who come with another color skin.  In many ways our nation has come a very long way.  But, sadly we've got some work yet to be done.  The other day Fox News "brilliant one" Geroldo Rivera blamed the boys clothing choice,  "I think the hoodie is as much responsible for Trayvon Martin's death as George Zimmerman was."   Seriously?  So let me get this right.  If women would simply wear zero makeup, long dresses and did their best to look as plain as possible...there would not be rape. Oh...please, please...please.

We're hearing this word more and more. The other day I was visiting with my friend Polk County Supervisor (and...Republican) E.J. Giovannetti about his party and

future plans.  The back-story is that E.J. decided against running for a 4th term because, due to redistricting, he was going to have to primary against his friend Robert Brownell.  I asked E.J. what he was going to do.  "I want to take some time and then, perhaps, continue to serve on some board or commission. But as I said to, Iowa House Member, Scott Raecker (R-Urbandale) I have no interest in running for his seat because I have no interest in fighting it out about who is the most conservative on social issues, winning the seat and being told how to vote on key issues that don't move us forward."  In other words...Moderates are not welcome in the Iowa GOP.  He said something additional, "It's sad where my party has gone.  Perhaps the best thing is to let it burn out and we'll then re-build." 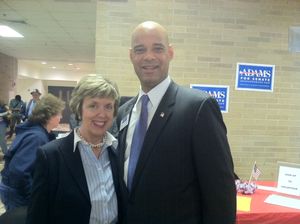 Democratic Candidate has some ground to make up in the registration numbers.  If you've been paying attention you know I support and work for my friend Desmund Adams who is running for the Iowa State Senate in District 22 (Clive, Waukee, West Des Moines & Windsor Heights).  Since the very beginning his theme has been, "Moderation needs a voice."  What that really means is we have issues other than the weird idea that "The State" should be able to peek in your bedroom, tell you who you can or can not love, view education as a privlidge and treating women as being incapable of making health care decisions.  That same "moderation message" is playing out in Iowa House District 43 where Susan Judkins will face Chris "No Newsletter for You!" Hagenow (R-Windsor Heights).  Here is that break-down from our friends at Bleeding Heartland. Clearly both Democratic Candidates have lots of work to do.  But this message against extremism will, I believe, stick.  We'll see how informed folks really want to be and how they wish to be represented. (Photo: Susan Judkins & Desmund Adams)

The Bible & The Constitution

My "ditto-head" friends were ecstatic.  And, I heard about it when the stock price of Carbonite (the first of 43 sponsors to exit the show due to the "slut" comments made by Mr. Limbaugh) fell.  "Libbie, see what happens when companies turn their backs on a true American.  They feel it in the wallet.  That is the power of The Right!"  Uhm...except my friends were a little...premature.  You see the "good news" of falling stock prices was short lived.  This week Carbonite stock rose 2.9% to $9.64 a penny higher then before the company was "punished" by "ditto-heads".  Here's the story from our friends at IT World. 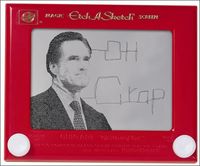 Not sure if you saw this.  Sales of the Etch-A-Sketch, which debuted in 1960, rose last week following the comments made by Eric Fehrnstrom who is the political advisor for Governor Mitt "It's NOT a Cult!" Romney about the fall campaign. Eric said, "  "I think you hit a reset button for the fall campaign. Everything changes. It's almost like an Etch A Sketch. You can kind of shake it up and restart."   Ohio Art, the parent company for Etch-A-Sketch, saw their stock price triple in value following the two-day firestorm.  Who says that "top-of-mind" advertising doesn't work?  Even if only in the short term.  Here is the story from our friends at The Atlantic.

Got Time for History?

My good friend (and smart as a whip) Dallas J. Moore from Ames posted this on Facebook and I likey a bunch.  It's the story of a poster and a simple message.  Take a minute or three...you'll be refreshed.

Love it and I need/want that poster.  If you do too..here is the link to purchase.

In what looks like a classic rural vs. urban debate AT&T and other telephone 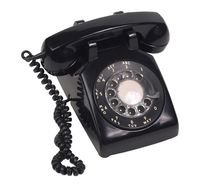 companies have introduced bills in several states which allows them to discontinue land line service to customers who have access to "at least two wireless or cable providers".  Yikes!  The key word here is "access" not if that access works or not.  I do a bunch of work with folks in Rural America and I can tell you the cell phone service is spotty at best.  Not to mention the thousands of elderly Americans who have only a land line for communication.  At the bottom of this is the cost it takes to maintain land line service.  Want more?  Here's the story from our friends at The Daily Yonder. (Along with an interesting bit on the rural tie that could sink the GOP....I know, EVERYTHING is political.)  Enjoy.

How Much is Too Much? 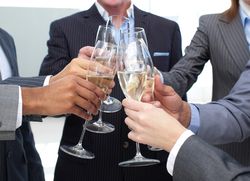 Iowa is nearly alone in the way we allow access to legislators through sometimes lavish private functions.  Before you get your underwear in a knot I need to come clean and share with you I've been to and helped organize legislative receptions going back to 1981.  However, since then, the sheer number has quadrupled.  At one time a handful of cities and companies would hold these events now, according to our friends at the Des Moines Register, there are hundreds.  Sometimes three to four scheduled in a day.  During the past three legislative sessions over $1 million has been spent by public and private groups seeking access to lawmakers.  Personally, I have enjoyed the opportunity to mingle and exchange ideas and policy thoughts with the legislators during these friendly gatherings.  However, you may have a different notion.  Here is the full story from the Des Moines Register.

Later today I get to go shopping with my Mother.  Mom, who will be (G-d willing) 92 in June, told me the other day she is in need of...underwear.  Because she doesn't drive anymore I'm her wheels.  Each week we do lunch, grocery shopping, etc.  But...underwear?  YIKES!  My plan is to visit Von Maur and turn her over to the nice folks there while I browse elsewhere.  I think that will work nicely.

Thanks for coming by...enjoy a fantastic Sunday.  I hear the first week in April we may have a change in the weather.  My friend Jason Parkin suggests highs in the 50's and lows in the 30's.  We ain't done...yet. - Michael

Wow. I had no idea that is the story behind the poster! I've seen it many times, but always thought it was something recent! I love the history of it! AND...I want to go to that book store!! How cool is that!!??

The underlying policy under the telecom article is that the days for one Company(in this case, AT&T) to be regulated while its competitors (wireless and cable) remain unregulated are over. Admittedly, I have not read this particular bill, but do understand the inequities that still exist as the days of Ma Bell have come and gone. I don't think anyone is suggesting that those in rural aras will discontinue having access to telephone service.

Hi Michael: I believe the word "access" and "working" are two different things. The problem with this bill is, like many things, we who live in urban areas of the country don't understand what it's like living in places that have "access" however that access may not work. The bill in Kentucky was sailing through until some folks in the country latched on and said, "Whoa...not so fast." We'll see how it plays out. Another interesting side note...and I've not checked recently...but 911 service had a charge attached to land-lines to maintain service. With the exodus to cell service I wonder how that issue is being handled? Thanks for reading and thank you for the comment! Michael

An E911 surcharge appears on both landline and wireless telepghone bills. You have pointed out another inequity though. The surcharge on wireless phones is less than the surcharge on landlines! Another issue that the legilsture needs to fix.