Sunday Morning Coffee is my look at the stories that made the news and those you've not heard...yet.  If you would like to leave a comment here, feel free.  Or follow my Tweets @MichaelLibbie and my personal Facebook Page is right here.  My name is Michael P. Libbie (no hiding kids...) and...I am responsible for this post.  Grab a cup and let's go! 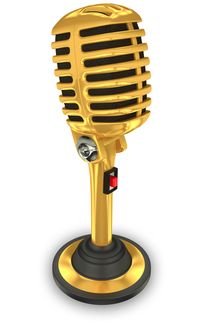 I dunno about you but that's pretty strong and it was meant to be.  When "El Rushbo" ignited his "ditto-heads" and their supporters (You know, people like Ted Spore who is a local blowtorch for the Right) it was game on.  Progressives, women (except the GOP faithful?), Independents and even those one or two Republicans who still have a modicum of decency were appalled.  Me too. Right away there were calls to have "Rush resign!" - ain't gonna happen.  "Take Rush off the air!", "Make an apology!"   So, before you get lathered up some facts:  Limbaugh is part of the "talent group" from Premiere which is owned by Clear Channel they will do nothing.  However...your local radio station and local advertisers who pay a BUNDLE to be associated with this jerk may take action.  If you are motivated here are several action steps:

Having worked as a broadcaster for decades I can tell you it won't take many letters to grab the attention of local advertisers and the station.  And, remember all the letters to the station go into their FCC files...by law.  Go do something...OK?  If you are interested, here is a current list of National Sponsors and the actions they have taken.  From the Daily Kos. (Update - Seems "El Rushbo" made an apology yesterday but don't let that stop you.  He NEVER would have if it had not been for the out-cry of regular folks.  Game..on and let me know how it works for you?)

You might have missed this.  Seems the Iowa DOT Officers (the guys in the light blue vehicles) are in need of "further protection" and will soon be purchasing 106 semi-automatic rifles from an out of state dealer.  It must be a bunch more dangerous out there than I realized.  Odd that those who favor "less government" also tend to favor a "police state".  And, where is Debi "Champion for Iowa Jobs" Durham from the Iowa Economic Development Authority when something like this happens. Here is the story from our friends at the Des Moines Register. 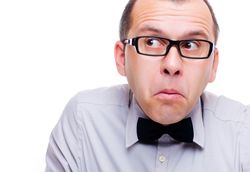 I've got several Facebook Friends (I know, shocking huh?) that for one reason or another simply post "news article after news article" as if they were the liberal or conservative wing of the Associated Press.  I suspect if you are doing this you must agree with the story.  My question to those of you who do this is, "Do you have an original thought beyond just spitting out somebodys news story?"  I'd love to know what you think, in your own words.  You? that Iowa is awash with "voter fraud" when, in fact...there is none.  One would think the Secretary of State would be busy finding ways to encourage the vote rather than pick up this wedge issue and try to drive it home without even a trace of proof.  Secretary Schultz is hoping his "emotional issue" will connect with the "fear" so many seem to have.  But, there is more.  Here is the story from our friends at KMTV - Omaha on just who really is behind the voter fraud scare.  Note that a very active Iowa House Member, Linda "Who me?" Upmeyer (R-Garner ) is connected to the powerful group ALEC.

Nice job Omaha.  Perhaps somebody in Des Moines might just have the guts to do a similar story.  Heck...ask Linda.  She's just down the street.

No, not the Iowa House Republicans...but the band from Oakland was in town Saturday night playing to a sold-out crowd at Hoyt Sherman.  It was, in a way, surreal.  I have never seen so many 50+ white people getting "funky" in one spot...ever before.  In the band are at least four original members that go back to the 1968 beginning of the band.  It was some great music...  I had to also chuckle a bit.  Hoyt Sherman was the home of the Des Moines Women's Club.  Bet nothing like this would have gone on...sixty years ago.  Thank you for bringing some Funkadilic to DSM.  Here is the TOP site...so you can groove a little.  All the best as they head across "The Pond" for the Europe Tour.

Thought you might like to see, and yes, our firm created it.  Me...GUILTY of spending Iowa dollars in...(gasp) Iowa. 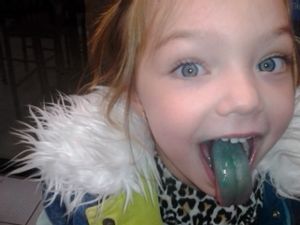 We have now confirmed the existence of the "Purple People Eater".  Her (fake  - because she is the Purple People Eater) name is Jovie.  Who would have thought that our grand-daughter would turn out to be....IT?  (I suspect that if you are not over 50 you have ZERO idea of what the hell I'm talking about.  So...here is a link to the 1958 Sheb Wooly Video on YouTube.

Thanks for reading.  A little later today I get to go to the opening of President Obama's Iowa Campaign Office- 2932 Ingersoll.  And, yes, it was the Iowa Caucus HQ for Governor Romney.  The exorcism took place on Friday.  Come on down...there promises to be many of us "Commie Bastards" hanging around.

Have a Superior Sunday and thanks for reading/watching. - Michael

On original thoughts: I go through spurts when it comes to posting news articles on Facebook. Obviously I have an opinion on what I post or I wouldn't post it. Sometimes though, I like to post without comment. This tends to start the conversation in a completely different manner because anyone who replies hasn't a clear idea of where I stand. Interesting way to start a dialogue, putting the starting gun in some's else's hand.

Paula: Understand but you also do share your own thoughts (see I follow you...;-). My issue is when folks post link after link after link...like the AP Machine. Seriously, I just had a guy "friend" me who does just that. Weary... Hey, thanks for reading/watching and have a Superior Sunday! - Michael