at the wonder of the second oldest...or maybe the oldest...profession on the planet.  Politics.  All laced with my personal opinion.  If you want to join in feel free to leave a comment here or visit my personal Facebook Page or join me on Twitter @MichaelLibbie.  My name is Michael P. Libbie because there is no hiding allowed.  Grab a cup...

Who Is Mitt Romney? 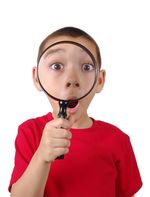 The question doesn't come from me but from many of my Republican friends:  "Just who is Governor Mitt Romney?"  The answer is, "It depends".  It depends on if you are a hunter.  If so, the Governor will tell you he hunts.  If you don't have a job and struggle to get by you will be told the story of how the Governor and his bride "...struggled to pay for college by selling stock given to them by my father".  The same thing can be said for social issues.  No matter what side of the debate you're on Governor Romney is there too.  And, that's what I like about the Governor.  Nothing matters except becoming President.  If you want to read how deep this goes have a look at this piece from our friend David Bernstein of The Boston Phoenix.

Update:  At the Republican Party of Iowa's State Central Committee meeting of yesterday there were (ready?) ZERO of the 16 elected who admitted they had endorsed for the Governor.  ZERO...  Maybe the Iowa GOP is also wondering who this guy is?  Here is the updated story from our friends at Bleeding Heartland.

The First Lady & The Village

I got a call late Friday afternoon asking me if I had plans on Tuesday afternoon.  First Lady Michelle Obama will be in The Village of Windsor Heights and my friend Desmund Adams wanted to know if I'd be interested in going to see her.  I'll be there.  I think Mayor Jerry Sullivan has every right to be proud.  Here is the story from our friends at the Des Moines Register.

Speaking of The Village... 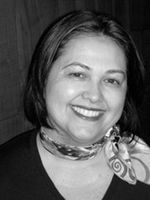 My friend, and Village Manager of Windsor Heights (they still call it "City Manager" but we know better huh?) Marketa Oliver recently received the Joe Lukehart Professional Service Awardby the Iowa City/County Management Association.  Marketa is the first female administrator to win the award...ever.  Very, very nice and congratulations!  One of the reasons WH rocks is because we've got some great people guiding us along.

Governor Terry Branstad continues his assault on the middle-class by being successful in cutting the number of Iowa government workers.  Down by over 4,900 in one year.  His ability to slash and burn waste by destroying middle class families will be remembered as the hallmark of his 20th term in office second only to creating 200,000 jobs in food service/migrant worker programs. But, don't take my word for it.  Here's a look at the numbers from our friends at the Des Moines Register.  But, the Governor did pay $52 in Iowa State Income Taxes. 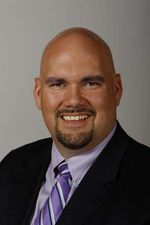 Got to hand it to Iowa State Senator Kent Sorenson.  He really knows how to raise money from his Republican friends.  All you have to do is send out an e-mail asking for $35 to help him continue his Christian Crusade against "pro-death legislators" such as Senator Jack Hatch, Senator Brian Schoenjahn and Senator Joe Bolkhom and the chief "pro-death dictator" Senate Majority Leader Mike Gronstal.  What a piece of work.  He, along with his friends, Senator Pat Ward, Representative Chris Hagenow who all think government should stay out of your lives (except if it has to do with health issues or who you sleep with) continue to drive an agenda that most Iowans feel is out of touch with the real issues of the day.  But...hey, once you get beyond the shrillness of silly they don't have much to offer.  Keep stoking the fire gang, November can't come soon enough.  Here is the story from the Des Moines Register. 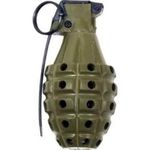 Ted Nugent made headlines, and caught the interest of the Secret Service, last week following a "...chop their heads off in November" comment at an NRA event.  Nugent, who likes to say he would go "hunting with grenades if it were legal" was fined $10,000 for transporting a black bear he illegally killed while filming a TV show in Alaska.  With friends like Kent and Theodore ya gotta love the new face of the Republican Party.  RINO's (even the real ones...) better hide out.  Here is the story from our friends at MSN.

For those of you reading from outside of the Des Moines Metro the name Jim Pollock may not mean anything.  But, if you are connected, it does.  He was the Managing Editor for the Business Record, a weekly (circ. about 7K) that does it's best to be a news/brag sheet for corporate Des Moines.  Jim died suddenly this past week and that is a huge loss.  You see, Jim didn't just "manage" he wrote Transitions (Here is a sample from just this week...) a piece that was full of insight, acerbic wit and common sense.  When the paper came it was the first, and often only, article I made sure to read.  Damn...

Because Nobody Is Paying Attention

This just in:  The Des Moines Register has this great article about the lack of skilled labor in Iowa.  In it we read where Iowa corporations are having to import engineers and welders from China and India to take jobs that pay "$50,000 a year with overtime".  I could write an entire post on this subject alone but let me leave you with a couple of thoughts:

Mom, as you may know, will, G-d willing, turn 92 in June.  She's lived near us in her own apartment since early September.  That change has altered my daily routine and I spend 2 to 3 hours a day "doing" or sometimes just "hanging out".  Last week we were at the Urbandale Hy-Vee shopping...for two hours.  Picked up $37.00 worth of stuff.  She LOVES to just wander the aisles and look at packaging, new products and...she comments on them all. What a hoot!

This is Nichole.  I met her last week at Petsakes on Euclid on Des Moines East Side.

We had NEVER been to the store but I recognized it from some work we had done a couple of years ago.  Inside we found lots of neat dog and cat stuff, three cute dogs (who may run the place) and folks who spent time talking about their love of business.  My bride, because everybody was so nice, decided to pick up a small sack of treats.  When we went to pay for them we commented on it being the first time in the store.  Nichole says, "Today is your lucky day!" and tore up the sales sheet.   "The treats are on the house."  Uhm...try that at the next "Big Box Pet Store".  Nice...very...and I thought you should know.

Thanks for coming by and here is wishing you a fantastic Sunday.  I'll, perhaps, catch up with many folks tomorrow at the 140 Character Conferencein Des Moines?  No?  Well, get off your butt!

Thanks for coming by!