into the steamy side of politics, religion, opinion with a dash of sex to spice things up.  We'll get back to business tomorrow but for now...  Oh, by the way, my name is Michael P. Libbie (no hiding here kids) and if you want to leave a comment, feel free.  Also, here is my personal Twitter Account @MichaelLibbie and my personal Facebook Page.  Ready?  Let's go!

Stupid Is As Stupid Does 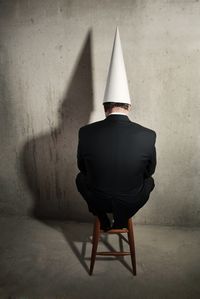 Last week a United States Senator said the President of the United States was "stupid".  Then a Governor said, in public, that he agreed with the United States Senator.  Let's take a breather for a minute and examine the way we do politics.  If you are a parent and you've been wondering why it is so difficult to raise children who have...manners...look no further than the public discourse from (ready for this?) "role models".  It was one thing for me to call another kid a name and then suffer at the hands of any adult in earshot.  However, these are "respected adults" acting like they are on the playground.  And, sadly it doesn't stop there.  Listen to any political radio/television "news/talk" program.  (If you could find a left-wing show...let me know?) and you hear the same sort of "trash talk".  We don't just disagree we resort to hateful, divisive vitriol that keeps the population all ginned up while the stuff that matters goes, for the most part, unnoticed.  And, you are all being duped while being "dumbed down". Not so stupid huh?

Which Brings Us To Gary Stein

United States Marine Sgt. Gary Stein will be discharged from the military for derogatory comments he made on his Facebook Page as well as on something called the Armed Forces Tea Party Facebook Page.  (That might be a clue as to where this is going.)  Never mind the fact that Sgt. Stein took an oath.  Never mind that the military has strong policies against political speech.  Never mind that some GOP Members of Congress have lined up behind Sgt. Stein and called on the Marine Corps to, "withdraw the discharge proceedings...".  None of it matters.  He's toast just like any other individual who tells his/her boss, via Facebook (or in person), that he/she is not going to follow orders and/or the direction the company is going.  Being in the military does not keep you free from the consequence of your own misguided words. Here is the story from our friends at CNN. 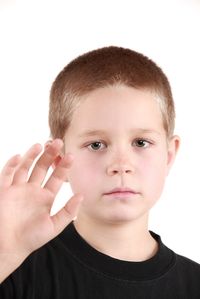 We'll be saying good-bye to thirteen veterans of the news business they take early retirement from the Des Moines Register.  In the continuing effort to move "The Register" to a marginal lifestyle paper the cuts will have an impact on investigative journalism.  But, who the hell cares?  Do not confuse the facts with what we already know.  Sad, sad.  I wonder if they have a non-compete or if they will be allowed to work at some...say...hyper-local news outlet?   Here is the story from our friends at Bleeding Heartland.

Last week I learned from my friend Terry Myers a Des Moines synagogue may be for sale.  Beth El Jacob, which is I believe, the only Iowa Jewish congregation regognized by the Orthodox Union has assembled a committee to study the future of the building.  Once home to several hundred, membership has dwindled to fewer than 60 people and the costs to keep the facility open have put a strain on the budget. So much that a recent newsletter had the congregational treasurer say, "We'll be unable to pay our bills in May or, at the latest, June."  That...sounds serious.

Chicken?  Sure It's Safe! 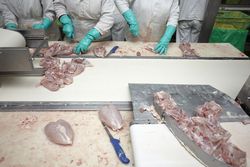 I know some of you hate the government.  I know how badly you want to roll time back to 1900 and free business of pesky rules and oversight like the Federal Drug Administration, the Department of Education and the United States Department of Agriculture.  Marginal politicians like Ron Paul are pretty open about just closing the doors while others have taken the approach of starving agencies by cutting funding.  That brings us to...chicken.  Last week the USDA, headed by former Iowa Governor Tom Vilsack, shared a cost cutting program that will allow the chicken industry to self monitor food processing.  Food processing as in, "Gosh does that chicken have bile and feces in it?  Nah...it's OK!"  While some may question the ability of big business to self regulate that didn't cross the minds of the good folks at the USDA.  I guess if enough folks get sick the consumers who are still living will just move on to another supplier.  Gotta love it.  Here, once again, is the full story from our friends at Bleeding Heartland.

Fins Up in Des Moines!

This Tuesday evening Jimmy Buffett comes to town and performs at a sold-out concert at The Well.  That means "Parrotheads" will begin descending on the capital city...this weekend, for a series of parties most of which may cause serious liver damage.  I've got the inside track on several friends who are confirmed Parrotheads who wear...kilts.  Don't ask...but have a great time!  Here's the story from our friends at the Des Moines Register. 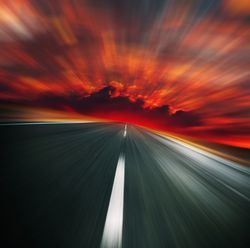 Last week I had the opportunity to share some shocking thoughts with several dozen people who attended a Community Seder in Mason City, Iowa.   You see, most people "know" if they are not Christians they are going to Hell.  On the express line.  But, did you know Christianity is not alone it its exclusionary view of "life after death"?   Islam, for example, is held out by millions of people to be the one true faith and that if you are not a Muslim you are going straight to Hell.  Forever, on the express line.  See a pattern here?  So, what if you, as a Christian, have it all wrong and Islam is, indeed, the one true faith?  Losing sleep yet?  Hey, it's just a question.  Meanwhile, if you really want to be confused, here is an interesting article from CNN written by Laurel Snyder about raising her kids Jewish...but not Kosher.  Oh...my.

Update!!   My friend Jenny Gardiner has just released her new book, Compromising Positions.  OMG!!!  It is about...sex...and politics!   And together too.  Yikes.  Told 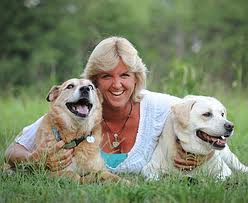 you this is some HOT STUFF!  Here is just a bit: "Mercedes Fortunato is thrilled to finally land her dream job, working as a publicist for a U.S. Senator. Until she learns that the creeper Senator only wants her as another notch on his headboard. And that her immediate boss, the press secretary, resents the hell out of her for that very reason. Mercedes soon learns she should've been careful about what she wished for, as she finds herself encouraging the advances of one boss while desperately trying to thwart the advances of the other. And when she learns that the Senator's out-of-control hanky panky extends far beyond his bedroom antics, she realizes she's in over her head and better watch her back."   Yeah baby!!  Here is the link to buy...and get into Jenny. 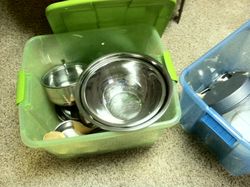 Thanks for coming by and sorry about no Sunday Morning Coffeelast week.  Passover, for those of us who try to celebrate traditionally, means lots of work before the holiday and during.  And, because I had so much to do...well, you get the idea.  Today is the day when all the Passover dishes, utensils and cooking gear gets packed up and we bring out the Non-Pesach stuff.  That...takes some time.  And...we get to eat cake. Have a wonderful weekend! - Michael

I would be sad to see Beth El Jacob sell its building. I hope they can find a solution. I think you are correct that it is currently the only Iowa congregation that's a member of the Orthodox union.

DesMoinesDem - It is sad but it is what has happened in other cities across Iowa. I saw this in Sioux City 25 years ago. I had hoped that Des Moines would have been able to preserve BEJ but, it looks tough. Thanks for reading and for the comment. - Michael