Sunday Morning Coffee is all about politics, gossip, religion, news sprinkled with my

personal opinion.  You're invited to take part with a comment here or let's connect on my personal Twitter Stream @MichaelLibbie and/or my personal Facebook Page is right here.  Lots going on...let's get to it!

The day following the inaugural for the second term of President Obama my friends at the Des Moines Register penned an interesting editorial pointing out the "lofty goals" the president spoke about during his speech.  In my opinion (and here that's what matters...) it was "meh".  I can only imagine what Editor Rick Green and his crew might have written had their choice won the election.  Something like, "Today President Romney laid out ambitious plans to further marginalize 47% of the nation by calling for a flat tax, a constitutional amendment to define marriage, a broad initiative to deny women decisions on health care, driving and employment."  Blah, blah, blah.  Instead the newspaper had to offer up a lesson in governing because it would have been duplicitous for them to...show support.  Suspect Rick thought I might forget about the November endorsement... Nah, I don't think so, you guys have to live with it. 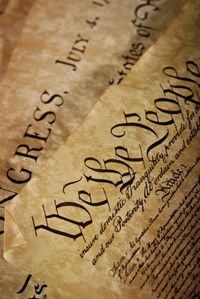 On Monday I wrote a Special Edition of Sunday Morning Coffee where I "reported" about the Iowa reaction to the inauguration and the "fact" Iowa Republicans and Tea Party folk were incensed that there was an oath of office on the 21st rather than the constitutional mandated date of the 20th.  Here is that brief article. The comments from my right-wing friends on Facebook were...fun.  "I am no Obama supporter but...This article is FALSE".  I am so grateful we have an informed electorate.

On Thursday Vice President Joe Biden sat down for a conversation about...guns.  The White House called it a "Fireside Hangout".  In a way only Joe can do, he explained a number of things such as:

Good stuff, but then again I really, really like Joe Biden.  If you want to see the entire Google+ interview hosted by PBS here is that link.

What About That Person-hood Deal?

A fetus is a person only if you are not getting sued.  Last week lawyers for St. Thomas More Hospital claimed a fetus is not a person until it is born.  That defense is part of an answer to a wrongful death suit being waged in Canon City, Colorado and flies in the teachings of the church not to mention those folks who cry out for a person-hood amendment/law.  Here's the story from CNN.  But, let's move on:

Last week I placed this on my Facebook Page in the attempt to better understand what the hell drives some people to illogical thought:

"I am intrigued by the notion that many who oppose abortion also oppose any sort of health mandate that organizations provide birth control or at least offer the option of birth control.  Some states have, and Iowa attempted to last year, to disallow birth control methods, including condoms, to folks on Medicaid.  If the goal is to prevent abortions why would some of these same people also oppose methods to help control unwanted pregnancy?    Perhaps you can help me figure this one out.  Thanks!"  The comments were enlightening...sort of.  But folks really do need to stay on task and topic.  Maybe you have some...input?

A Seismic Shift for Iowa

Yesterday Sen. Tom Harkin (D-IA), during a state central committee meeting, made the announcement that he will not seek reelection in 2014 ending a 37 year career in congress.  Stunning and earth moving for those of us who follow Iowa politics.  Tom was expected to run, and win, in 2014 and carry many other democrats to victory as well.  Now that...and his money...are out.  And the shuffling begins:   For the democrats Rep. Bruce Braley would seem to have a leg up.  Last week I suggested that a dream team for governor would be Braley and State Sen. Jack Hatch (D-Des Moines).  That's out the window as Braley might now look at the US Senate.  What happens further down the ticket is what gets really interesting.  Who runs for Braley's seat?  Sen. Pam Jochum (D-Dubuque) and/or Sen. Jeff Danielson (D-Waterloo) and or Sen. Liz Mathas (D-Marion). But the Dems need to be careful to not endanger their Iowa State Senate majority by having one or more of those seats switch to the GOP.  (Gosh what a difference electing Desmund Adams would have meant.) Meanwhile does Sen. Hatch run for governor?  Who runs for congress in the 3rd district against Rep. Tom Latham (R-Clive)?  Might that be Sen. Matt McCoy (D-West Des Moines) or Sen. Hatch?  And, I've not even mentioned other players such as former Gov. Chet Culver (D-Des Moines), Former First Lady Christie Vilsack or current US Secretary of Agriculture Tom Vilsack.  As Tom Harkin said yesterday, "Let's take a little breath and see what happens in the next week or so..."  OK but one other tidbit: Yesterday during that state central committee meeting State Rep. Tyler Olsen (D-Cedar Rapids) was chosen as the new chair of the Iowa Democratic Party replacing Sue Dvorsky. Uhm, Tyler...you've got some work ahead of you.

I see that he has altered some of his social media profiles.  For example on Twitter it has become @DesmundAdamsIA and I expect the same over on his political Facebook Page.  He may have lost the recent election to 34 day candidate Charles Schneider (R-West Des Moines) but I've got a feeling he's keeping some options open.

Meanwhile Iowa House and Senate Republicans are counting on your personal greed to tap into the nearly $1 billion dollars of excess funds currently in the state's coffers. 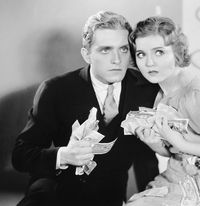 Sen. Bill Dix (R-Shell Rock) and Rep. Kraig Paulsen (R-Hiawatha) want to give each Iowa taxpayer a $375 credit.  If you file a joint return that's $750.  Whoa down kids...and see this for what it really is:  A move to continue the attack on state programs that have been underfunded...for years.  Ask cities who have cut back or failed to hire firefighters and police officers.  Ask the State Patrol who has seen the number of troopers on our roads shrink.  Or (and this is rich...) on the same page of the Des Moines Register was a call to increase the state's sales tax to raise $124 million for an unfunded constitutional amendment YOU voted for in 2010 to improve conservation and outdoor recreation projects.  How about sending $100 million to that program?  Aghhhahghh!  My head is spinning....

Yesterday the Des Moines Register featured an editorial from the Storm Lake Times which laid out, in great detail, how Iowa and particularly Gov. Terry Branstad (R-Iowa) has failed to take care of the state owned lake in...Storm Lake.  Seems Gov. Branstad gutted the lake restoration fund by $7 million and then transferred those funds to the Iowa Department of Agriculture for "farmer training" of the "voluntary watershed conservation program" being touted by the rural arm of the Iowa Republican Party the Iowa Farm Bureau. (I know, lots of moving parts here kids...)  It is a must read and here's the link to the editorial.

Nice Work...If You Can Get It

Iowa's "part time legislators" get about $25,000 a year plus some neat perks like health care and a per diem during session.  But, if you know these folks you realize it's much more than a "part time job" lots of stuff goes on outside the 3.5 month long session.  This past week former Rep. Renee Schulte (R-Cedar Rapids) and current Mary Kay Cosmetics rep picked up a nice gig as a consultant for the Department of Human Services.  She'll be paid $1,900 a week.  That is so much better than the $500 a week as a legislator.

Yesterday was Shabbat and Tu B'Shevat (here is what that is) and I found myself, not 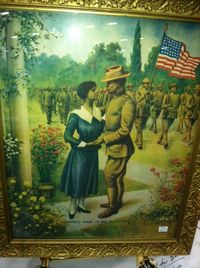 in shul, but at the Iowa Bike Coalition trade show AND at the 15th Annual I'll Make Me A World in Iowa celebration.  Both at HyVee Hall/Vets/Community Community Choice Credit Union (who in the hell dreamed that up?) buildings in Des Moines. Whoa.  What a day and what fun.  Saw tons and tons of folks and this very interesting image which was being sold.  It is a poster from 1914 and the caption reads, "The Colored Man is No Slacker". Speechless...