and my personal opinion.  My name is Michael P. Libbie and if you would like to comment here, feel free.  Or let's connect on my personal Twitter Stream @MichaelLibbie and my personal Facebook Page is right here.  Ya know...ya just can't make up stuff that is as wacky as some of these stories.  Let's go:

If you happen to be a member of the "LGBT Community" you know what I mean.  No other group, in this nation, feels like a state line is really a border crossing into a minefield of social injustice.  In Iowa we're lucky.  But travel to Oklahoma or Mississippi and you are in another world of discrimination.  Cross the border from Washington into Idaho and everything changes in the way people, business and society can discriminate.  While we get bits and pieces of this story this article from John D. Sutter for CNN describes the crazy world of how "states rights" trample human rights.  Amazing...

Let's stay on that topic for just a moment.  Last week I welcomed Sen. Rob Portman (R-OH) to the real world as he announced his support for marriage equality but gave him a jab for waiting two years and countless hurts to other humans.  My friend Leonard Pitts of the Miami Herald took the senator to task in a longer piece, "Right Decision, Wrong Reason".  It is a great read.

But Let's Move On to Mississippi 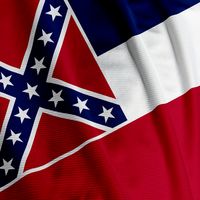 You've got to love "states rights"...that is unless you live in one of the many "red states" that have a passion for goofy.  This past week the enlightened state of Mississippi, which ranks in the top five for obesity, decided to pass into law the "Anti-Bloomberg Act" that, in essence says Mississippi and not the federal government will have control over food and fat.  Just another reason to avoid, like the plague, that "Stars & Bars" enclave...or is it clavern?

the Jews.  Why?  "Because Obama is really a Muslim and he has no intention of extending friendship to Israel."  (Yep, that's how they roll.)  Well, last week President Obama traveled to Israel and not only did he, in no uncertain terms, speak about the depth of commitment he and the US has toward Israel he got along famously with Prime Minister Benjamin Netanyahu and just before leaving brokered a deal to have the prime minister make a call to his Turkish counterpart Prime Minister, Recep Tayyip Erdogan and extend an apology for a 2009 IDF raid on a Gaza bound "flotilla".  (That's another story.) The odd thing about this is that both the "Left" and the "Right" will see something wrong with all of this....watch.

Ever since Gov. Terry Branstad (R-IA) made his now famous decision to 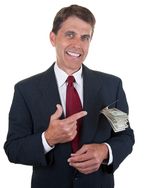 reject having Iowa extend Medicaid coverage to about 150,000 poor Iowans because "I don't trust the federal government..." I've wondered where his "crack-pot" Healthy Iowa Plan had been hatched.  We now know the answer.  It seems the governor had been doing his homework in Indiana where that state also set up a substandard public/private insurance program that was to have assisted 430,000 Indianans. The Indiana plan, which favors private insurance companies with profits, covers only 39,000 and it costs Indiana taxpayers...more than Medicaid.  Much of this sound familiar?  Laura Hermer wrote a piece that details the flawed Indiana program and suggests that the "Healthy Iowa" plan need a checkup.  Here is the link to the Des Moines Register Opinion Page.  And, speaking of trust, we now see the real reason Gov. Branstad wants to opt out of the Affordable Care Act.  Follow the money.  Sad but predictable.

On one hand Iowa is a great progressive state.  On the other, it is a scary bastion of legislative bat-crap-crazies.  (Drum roll....) Enter State Senator Kent Sorenson (R-Milo) who, last week, poisoned a bill authored by State Senator Janice Peterson (D-Des Moines) which had 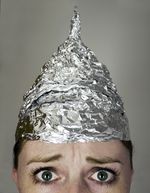 to do with removing shackles from pregnant inmates about to give birth.  How did our "new found uber-religious friend" Sen. Sorenson get this done?  By an amendment to the bill which would prohibit the use of state money to "perform or facilitate" inmate abortions.  Even though none is used.  Told you Iowa is...odd.

But It Doesn't Stop There

Last week Iowa House Member Rep. David Maxwell (R-Montezuma) distributed a copy of the weekly newspaper the Montezuma Record (that contains advertising placed by Rep. Maxwell's business) to each member of the Iowa House.  Why?  Well, because Rep. Maxwell said he wanted his fellow members to know who was making more than $100,000 a year at the University of Iowa.  Except the names of the people were of a big interest to the newspaper. According to the story the paper found it worthy of reporting, "The relatively high numbers of employees with names from Asia and the Near East is interesting. While there are Smiths and Jones, there are eleven Ahmeds to only 30 Browns." And, this:  "Hyphenated, un-spellable and oriental names may get you the big bucks." Rep. Maxwell said he is sorry and he should have read the entire article. The larger question is...why?  Why would a guy with a field tiling business be concerned with the number of instructors and staff at the University of Iowa who make over $100,000?  Maybe because he considers paying educators well is a problem? 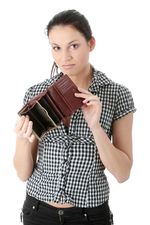 United States.  Just ask Alabama who wants the Supreme Court to overturn sections of the Voting Rights Act.  This week we learned that there is no pay disparity between men and women who are working at the same jobs.  It's true Randall Bradley of Council Bluffs said so in a Letter to the Editor to the Des Moines Register last week saying that my friend Rekha Basu was perpetuating a "myth that pay disparity between women and men is due to discrimination".  There you have it.  Problem solved!  Except it ain't true.  Space limits me here but if you wish to see the facts (everybody but those of you who are Republicans because I know how much you hate science...and fact) might want to read this update by Rekha, "Sexism, not career choices, drives wage gap" from the Des Moines Register.  BAM!  So, what the hell are you going to do about it?

Nothing that I post on my personal Facebook Page gets more activity than when I mention my support for traffic cameras.  The comments that deride my opinion are usually couched in "government overreach", "the Constitution", "Big Brother", etc.  Two things to share with you and this is my opinion:

This weekend my friends opened up the 515 Brewing Company and packed the place with hundreds of folks who like "craft beer".  Several hundred self-described "beer snobs" packed themselves into the new Clive, Iowa brewery for the festivities.  It was a nice time and the age ranged from just over 21 to really OLD FOLKS like me.  So it would seem "beer snobs" come in all ages.  I just wish I could get over my Miller Lite life and enjoy some of this stuff but the after-taste is just too much to handle. See, I am a "leftist wienie".

For those of you who keep up with Mom & Me there is a new post about, "That Hooker".  Hey, I don't make it up.

Thanks for coming by and if you are celebrating Happy Palm Sunday (is that the greeting?) and a reminder:  Throw out the bread, beer and whisky...Passover starts Monday night.  Have a fantastic Sunday.