with politics and religion.  I throw in a little gossip to really spice things up.  If you want to leave a comment here, feel free. (Due to spam I've got to approve...sorry.) And/Or if you want to connect on my personal Twitter Stream @MichaelLibbie or my personal Facebook Page...let's do it.  Enough of the commercial...here's the good stuff:

I often start out my cell phone calls with that greeting.  And, in light of what we now "think" we know I always give a shout out on Twitter to the NSA.  Some of you are "shocked" and "outraged" that you are being spied on.  Really?  It's been going on for a very long time however now it's being done on President Obama's watch and those of us who believed and voted for transparency and accountability are disappointed.  Last week Sen. Tom Harkin (D-IA) called on the president to, "Get a handle on these issues and speak directly to the people."  Somebody in the White House needs to move before we get closer to 2014 or...they are going to hand the GOP a big, wet, juicy...kiss. 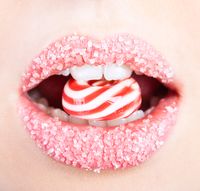 Some of the "A List" of Iowa Republicians are kicking themselves in the behind for kissing off the US Senate seat being vacated by Sen. Tom Harkin (D-IA).  Now, given the falling popularity of the president, they are sensing that the US Senate seat might be in play? Will President Obama drag down the chances of Rep. Bruce Braley (D-IA)?  That's the talk right now. The GOP heavy-weights that took a pass (King, Schultz, Reynolds) might have said "Nyet!" too soon. Now it's up to the "B Team" to work the talk show circut of right wing bat-crap crazies and energize their base.

Gov. Terry Branstad (R-IA) last week was crowing about Rep. Bruce Braley being out of touch with Iowans because he's been in Congress for a couple of terms.  Mr. Branstad, the career polititian, knows the meaning of 'chutzpah' because of his Jewish roots and sir it is a bit of the pot calling the kettle black.  Please go sign a bill that makes you...the "Decider in Chief".

One word...Stunning.  The Democrats in the Iowa Legislature were

so busy trying to get the hell out of town that they lined up and passed a flawed "compromise" health care bill which (hold on because this is too good) allows Gov. Terry Branstad to decide who gets an abortion and who does not.  Seriously.  Tucked inside the Department of Human Services Funding Bill is a provision that says if a woman is on Medicaid and desires an abortion...for any reason...the governor of the State of Iowa (through the DHS) must grant that request.  Not the woman, not the doctor, not the hospital...but one of the biggest foes of reproductive rights...Gov. Terry Branstad and "His" Department of Human Services.  I am not sure how I missed this but Sen. Jack Hatch (D-Des Moines) and Sen. Mike Gronstal (D-Council Bluffs) what the hell were you people thinking?

Sex And the Uniform

In another mind-numbing issue it seems the US Senate would rather have the "chain of command" decide how to handle rape and other sexual misconduct rather than the law.  After all, it's worked so well.  A recent Pentagon study finds that 26,000 troops were assaulted...last year and 50% of them said nothing happened following a report of the incident.  What is amazing about this turn of events is the cadre of male senators who back the military brass.  Guys like Sen. Carl Levin (D-MI) who worries about "preserving military discipline" vs. female Senators such as Kirsten Gillibrand (D-NY) who said to the all male generals who showed up for a hearing, "You have lost the trust of the men and women who rely on you."  Bam!  Here's the story from the New York Daily News.

I would not want to screw with this guy.  Well done sir!  Any chance you could come over here and teach our generals?

Dying to Come to Iowa?

According to a recent story in the Des Moines Register dying in Iowa is pretty cheap and Dubuque is the cheapest city in the state to...pass on.  I'll bet my friends at the Dubuque Convention and Visitors Bureau are crowing about this new piece of news.  No? (BTW, nice video about Dubuque on their site.)

Last week, at a special session, Iowa Democrats selected Scott Brennan an attorney and partner with the Davis Brown Law Firm as the Interm Chair of the Iowa Democratic Party.  Mr. Brennan has served in this capacity before having been elected back in 2006 and serving for two years.  The 50 year old lawyer lives in West Des Moines (Shocking...that they allow Democrats to live there!) knows the ropes and fund raising, I suspect, will be a major goal.  The Democrats have another meeting scheduled in August.  Brennen takes over from Rep. Tyler Olson (D-Cedar Rapids) who is expected to run for Governor.  We'll see...

So, just how many requests for information from Facebook has the federal government along with state, county and city police departments made during the final six months of 2012?  The answer, according to Facebook in this CBS News story is...wait for it...10,000.  Ten thousand requests in six months from a universe of 1.1 billion monthly users.  Dang, I was hoping they were following me.  I would follow back.  Turns out we have better odds winning the Iowa Lottery Power Ball than showing up in a government Facebook search.

Recently a police department here in Iowa made the news when purchasing eight bomb suits at a cost of $25,000 each.  It's not that they didn't already have bomb suits however the bomb suits they had were out of warranty.  The police chief told the media, "I just could not justify putting an officer into a bomb suit that is out of warranty."  Think about it for a minute.  Manufacture a piece of equipment, put a safety warranty on it and wait for the orders to roll in every five years.  Brilliant!  (Both my son and I saw the story but I can not find it anywhere for a link.  Anybody know?)

My friend Larry Cleverley has been all over the news.  Recently Larry became aware of a plan to "improve" a highway intersection which would destroy two or three of the family homes and take the vast majority of his 200 acre farm along with Cleverley Farms, his organic vegetable plot, which serves many of the Des Moines area restaurants and customers at the Downtown Farmers Market.  I wrote about the issue here and when I contacted Larry about the story he said, "The DOT is only telling part of the story.  Since the 2011 improvements the intersection has become much more safe."  I have asked DOT District Engineer Tony Gustafson for a comment.  He wrote me back and said, "I will have that information for you early next week."   Don't worry, I'll share. 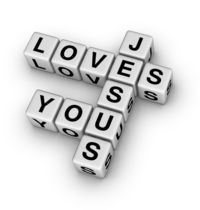 Seems that Gov. Chris Christie (R-NJ) is in hot water and about to be burned at the stake by our friends in the bat-crap-crazy world of Christian Conservatives. They are mad as heck that Gov. Christie didn't stop into their "anti-everybody-but-folks-just-like-us" conference also known by it's inclusive title the, "Faith and Freedom Coalition".  Christie did appear  at the Clinton Global Initiative America's meeting this past Friday and everybody knows THAT group is convened by "The Spawn of Satan", former president Bill Clinton.  Mr. Christie also angered "The Loving Christians" because he appeared on Late Night with Jimmy Fallon this past Wednesday.

If you think for one minute that Iowa is wacky...head south to Texas where last week Gov. Rick Perry (R-TX) signed into law a bill that made it legal to say..."Merry Christmas".  Yes, the state that refuses to expand Medicaid to provide health care coverage to hundreds of thousands of poor folks took the time to provide respite to...Christmas.  Glory, Hallelujah! 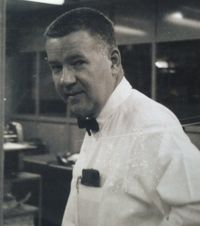 it.  My Father, Damon Libbie z"l, died in 1987 and a day does not go by that I don't think about him.  I have a photo of him taken when he was in his late 20's that is just outside of my office.  The photo here was taken in the 1960's in his office at the Lincoln/Thunderbird Assembly plant near Detroit.  Bow tie and all...  On the day he died we had three telephone conversations about "guy stuff".  I needed some instructions about a sump-pump that had been working overtime due to the heavy rains that day.  The next time I saw him I was delivering mouth-to-mouth and chest compressions in his bedroom.  Mom and I talk about him from time to time and it is hard to believe it has been that many years since I told him I loved him.

Happy Father's Day!  Have a blessed Sunday and never miss an opportunity to express your love. - Michael