Coffee my opinion on politics and religion with a little gossip thrown in just for flavor. If you wish to comment here, feel free. (Due to spam I have to approve...sorry!) and/or we can connect on my personal Twitter Stream @MichaelLibbie and my personal Facebook Page is right here.  OK!  Enough! Let's get into it.

If you are poor and you live in the United States...tough!  We will hold your wages to a minimum where you must work two or three jobs just to survive and if that doesn't put food on the table...tough!  Last week the dysfunctional United States Congress failed to pass a Farm Bill.  The sticking point?  No...not farm-welfare...not peanuts vs. corn.  It was 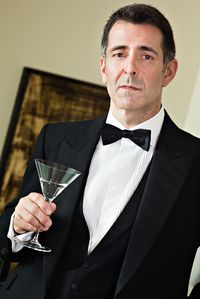 those stinking welfare cheats who take every opportunity to bilk the taxpayer out of money so they can drive Cadillacs and have more children just so they can get more welfare.  Never mind that the Supplemental Nutrition Assistance Program (SNAP) is good for small business, good for growers and good for those who use the program.  Nah...let them eat cake.  We're going to cut our way to sustainability!

A week ago the International Monetary Fund held a press conference in Washington, DC and told the United States that the biggest barrier to sustained growth of our economy is...(hold on...) the Sequester Cuts.  Well, no kidding!  From the transcript: "... repeal the sequester and adopt a more balanced and gradual pace of fiscal consolidation. This would help the recovery at a time when monetary policy, which has been very helpful, has now limited room to support it much further. The sequester cuts not only reduce growth in the short term, but they also hurt the most vulnerable and they produce very undesirable effect in that regard."  In other words we are idiots to expect a robust economy when we're cutting and slashing expenses that, by their very nature help the overall economy grow.  Meanwhile folks like Gov. Terry Branstad (R-IA) crow about how many government jobs have been slashed.  Really?  Those workers buy, or used to, buy stuff and they were working for me and you.  But...nope cut, cut, cut!  It is an insane policy.

The governor last week decided that he, and not the Iowa Legislature knows better when it comes to the state budget so he slashed spending by nearly $100 million.  Pension fund for the police? Nah...don't wanna do that.  Even though state government has welshed on their commitment for years forcing cities to take up the slack. It all reminds me of what my friend Desmund Adams has said over and over and over: "There is no such thing as a tax cut; there is only tax shifting."  Which is exactly what this legislature and this governor have done to cities and homeowners.  Watch my children...or better yet, ask the number crunchers in your town or county.

Bruce Braley & Those Other Folks 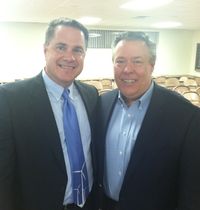 The field for the Iowa Republicans attempt to capture a US Senate seat is getting more crowded by the day.  The latest two names are both GOP insiders who worked for the Ron Paul campaign in 2011/2012.  That should not be surprising because the Iowa GOP is pretty much run by the "Paul Movement" and the Christian Conservatives.  I miss Gov. Bob Ray (R-IA).  The man would not have a snowball's chance in Hell of getting elected to anything by this crowd.  It's a shame.  Meanwhile Rep. Bruce Braley (D-IA) continues to work the state to become better known.  "The Iowa Problem Solver" as he has been dubbed, is not worried about GOP bloggers who say that because of the looming Republican Primary his name recognition will continue to suffer because the media will be talking about the bat-crap-crazy Republicans who are running. No...they will always refer to the Democrat in the race...always.  It's wishful thinking from my bat-crap-crazy friends.

At least the $50,000 is going to a female-owned business in Iowa. The back-story is that Iowa ranks last, dead last, in the growth of female-owned businesses and the Iowa Economic Development Authority wants somebody to figure out what can be done and so...surprise...they actually hired an Iowa company to figure it out.  Lydia Brown hopes to find ways to overcome the embarrassing problem.  Lydia, here is a tip and it comes from my friend Desmund Adams. (Gosh, that is twice I've quoted him today.)  Ready? Require the Iowa State Legislature to actually live up to the states promise to buy stuff from minority/women owned businesses.  That's something that could be done quickly...well maybe.  Seems the state loves to pass out cash to already successful companies. Such as...

The state will give Microsoft $20 million in tax credits to create 30 jobs in West Des Moines.  See...we got no problem giving already successful corporations your tax dollars.  However, if you are a start up.  Tough.  It's sort of like, "let them eat cake".  Where have I seen that before? 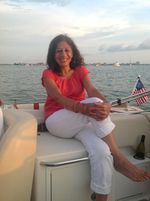 Remember What I Said?

Remember when I shared with you that Gov. Terry Branstad (R-IA), an avowed abortion opponent, will now decide if a poor woman in Iowa who is on Medicaid will be granted an abortion. ("Oh, He Already Did" - June 16, 2013)  My friend Rekha Basu from the Des Moines Register puts it well, "Such a paternalistic intrusion by Big Brother into the most private of health care decisions is the unprecedented way the Republican-controlled House and Democrat-controlled Senate chose to settle differences between those who would prefer there be no legal abortions and those who believe in a 40-year old constitutional right."  Here is a link to her article.  Again, Sen. Jack Hatch (D-Des Moines) and Sen. Mike Gronstal (D-Council Bluffs) what the hell were you thinking?  I dunno...maybe you can explain it to me?  I'll be asking next time we visit. (Great photo of Rekha taken by our mutual friend Julie Gammick near DC last year.)

Sunday Morning Coffee is....late.  Why?  Because last night my Bride had me involved with the second annual Moonlight Classic to benefit Orchard Place.  I was up way past my bedtime.  Way past.  As soon as it is uploaded I'll share the video from the event that raised $70,000 according to my friend Nancy Bobo.  And...fun?  Yep.

Have a Superior Sunday...