My name is Michael Libbie I write Sunday Morning Coffee...myself.

Politics, religion and gossip. If you have a comment feel free to share it here.  Or connect on Twitter @MichaelLibbie and, should you wish, here is my personal Facebook Page. I'm NOT in a good mood this morning...so there. Merry Christmas.

As you may know former Gov. Sarah Palin is making a boat-load of money by channeling into the fear of like minded individuals with her new book, "Good Tidings and Great Joy: Protecting the Heart of Christmas".  I admire her.  Really.  She has found a way to make more money than she ever thought possible and be fawned over by thousands.  Well done!  And, about the "War on Christmas"...it looks to me like Christmas is winning.  The National Retail Federation says sales have been strong and may climb above their growth estimate of 3.9%. See... (Actually, there would be no "War on Christmas" if we didn't have to endure 90 days of it along with the same 34 songs played over, and over and over....) Merry Christmas. 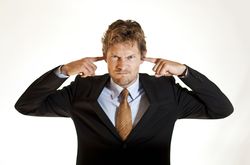 Right now they actually might be in your town.  Those spineless weasels whom we have elected to Congress who can not find the courage to stand against the gun lobby and do what 90% of Americans find reasonable. For the record since the horrific school murders at Sandy Hook there have been 24 additional school shootings (the most recent last week).  In total those 25 school shootings have led to at least 25 injuries and 18 deaths.  And your congress does...nothing.  Shameful. Oh, and Merry Christmas.

Your Tax Dollars at Work

Some of you may know that I do a daily business radio broadcast.  I started this adventure sixteen weeks ago because nobody seems interested in lifting up the positive business news for small and mid-size companies.  Nobody.  I am a Democrat that is pro-economic development.  However, I am also shocked at the amount of tax dollars and tax incentives states continue to hand out to bribe already successful companies to their borders.  Meanwhile, those same states cut services to the people who depend on the various social safety nets.  This Thursday we're going to dig a little deeper into this issue and have a conversation about government gifts to business and the number of jobs actually created.  Our guest will be author Steven Rosenfeld who recently raised the issue regarding the current "bidding war" (See, there is a real war!) regarding Boeing.  We hope a representative from the Iowa Economic Development Authority will also join us.  We want to be fair.  Merry Christmas.

I did not serve in the military.  I am grateful for those of you who have.  Last week I took my friends advice.  Bob Krause suggested I should do an interview with Miyoko Hikiji the author of "All I Could Be: My Story as a Woman Warrior in Iraq".  I was stunned by her tale of sexual assault among the men and women who serve.  By her accounts there are 26,000 incidents each year and many are simply swept away.  Look, I don't do politics on The News Hour...I save that for here.  But this is well worth a listen if you have the time.  I've pulled that section of the broadcast out for you.  Here you go it runs about 15 minutes. Oh, Merry Christmas.

Person of the Year

And the award goes to...Pope Frances?  Huh?  When Time made available to the media the possible choices and Pope Frances was included I honestly doubted he would make it.  After all he speaks and hangs out with lazy ass poor people, champions social safety nets, calls for an end of "trickle down" economics and asks people and business and government to be more generous in giving to those who have little.  "No way", I thought, "Especially after Rush called him a Marxist."  Well, lah-de-dah...  Hope my friends are paying attention.  Merry Christmas. 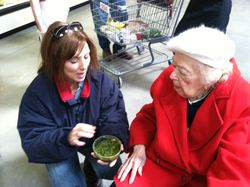 Last week I took Mom to the grocery store.  She has not been since May.  He has been in and out of hospitals, nursing facilities, urgent care clinics, doctors offices...  So we spent two hours at the Urbandale HyVee where she reconnected with folk who had not seen her for six months.  One thing was a bit different.  Rather than let her drive the cart...I had my hand on the throttle.  Didn't want her running over some four-year old.  She had a nice time!

Thanks for reading and have a superior Sunday...Merry Christmas.