personal rant about politics and religion with a little gossip thrown in for flavor. If you wish to comment here, feel free.  And/Or we can connect on my personal Facebook Page and/or on Twitter @MichaelLibbie.  All kinds of great tidings of comfort and joy this week...let's go!

That's what the Republicans in congress are telling 1.3 million unemployed Americans as the extension of unemployment benefits ended yesterday. The trouble is...many of the nations corporations have found 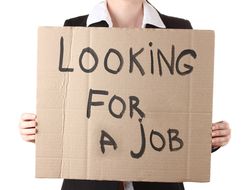 they can make more money with less people on their payrolls and what do you know...they ain't hiring.  But, they are using lots and lots of their capital to buy up their own stocks. It's going to be interesting to watch what happens to the economy now that we've just taken 25 billion out of circulation.  By the way, the average weekly benefit check is $300.

Our unemployment is at about 4.9%. 4,300 Iowans lose their unemployment insurance today.  If congress fails to extend the program we'll find another 18,200 without money to pay for food, rent, transportation...in the first half of 2014.  Happy New Year you lazy shiftless bums!  Congress...not the unemployed.  So, if the average benefit check is $300 I guess you could go work for some low-wage fast food place and haul in about $280 a week...before taxes.  Mind numbing...

What do you do when it's clear the leader of the Roman Catholic Church is out to ruin the conservative agenda?  Re-write the Bible silly.  It seems the ol' King James Bible, you know where everybody said "thee" and "thou", ain't conservative enough.  Enter Conservapedia.com and its founder Andy Schlafly (You might remember his Mom, Phyllis, best known for her courageous fight against the Equal Rights Amendment.) who is calling on all clear headed people to help re-write the Bible so it's more in line with the true values of conservatives.  What to change? Here is one of hundreds.  It seems that story where a mob gets all heated up over a woman who is accused of adultery and they are ready to stone her...remember?  That's when Jesus steps in and says, "He who is without sin, let him cast the first stone." (John 7:53-8:11)  It never happened. What to do? Removed the text. It's just too...liberal. And there are dozens of other changes.  I can't make this stuff up.

Speaking of The Pope

It seems Rep. Paul Ryan (R-WI) likes him and has said that what the Pope is saying has him considering a motion to end poverty in America.  Excuse me, I don't believe it. Unless his idea, like when in 2010 Mr. Ryan worked hard to end unemployment benefits...until there was a budget deal that gave more tax breaks to the wealthy...offers more of the same trickle down garbage.  We'll watch for your ideas Congressman. 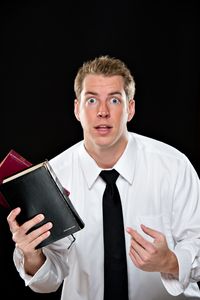 I found this study done by the Brana Group stunning.  A couple of standouts:

I could go on and on...but why ruin your fun.  Here is a link to the Brana Group.

But Enough of Religion

Let's enjoy some old fashioned political talk.  I got the email on Saturday night.  The subject line, "Impeachment".  The Democratic National Committee is telling folks that if the Dems don't take back the House we could be facing impeachment proceedings against President Obama in 2014.  There are "impeachment" quotes from our Republican friends. Folks like Sen. James Inhofe of Oklahoma, Rep. Michele Bachmann of Minnesota, Rep. Kerry Bentivolio of Michigan and Rep. Blake Farenthold of Texas.  Maybe THAT is going to be the tactic because 45 attempts to scrap the Affordable Care Act is getting old?

If you thought $1.1 billion for a fertilizer plant in Southeast Iowa was a big deal hold on.  Folks from Illinois and Iowa are asking their respective governors to support a plan to offer up huge incentives to Boeing to get them to abandon Washington and build their new plane near the Quad Cities.  Washington State put together an $8.7 billion dollar package so you can see where the bidding...starts.  So far 22 states have lined up with 54 sites to lure Boeing and the building of their new 777X jetliner. As of Friday the Iowa Economic Development Authority said they have not submitted a Boeing proposal. Yet?

Speaking of Jobs and Iowa

Our friends over at Progress Iowa made a mistake...I think.  They had recently posted this image and a news story about how many jobs had been created in Iowa.  If you remember, Candidate Branstad fooled you into voting for him because he was promising to increase jobs by 200,000.  But, you know how that goes...talk is cheap.  Anyway, and here is the link, Iowa is ranked at 39th...not 46th in job creation in 2013.  That would be Ohio...but it's easy to get the two states confused. Four letters...and each end with a vowel.

Christmas Eve at our house was a hoot.  Our friends Michael and Jody Leo along with Jody's sister Tina came over.  Michael cooked, we ate and Mom had a sip of wine.  We could be starting a new trend for 2014!

Thanks so much for reading and enjoy your New Years Festivities...