talk about: Politics & Religion and then I add some gossip and sex for "flavor". It's Sunday Morning Coffee and if you're not a progressive...better move along because you won't care much for this.  Or, it just might make you...think. Grab a cup!

In Case You Missed It 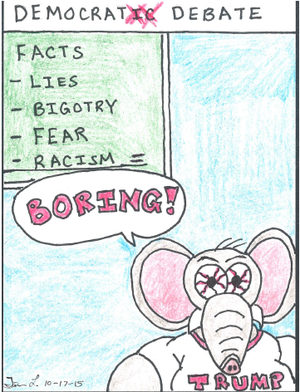 debate. It was nothing like the "Clown Car" events staged by the Republicans. These candidates talked about the ISSUES. They did not call each other names, they did not degrade people of color or folks on welfare. They did not accuse, point fingers and act like children. It was like watching a conversation at the grown-up table.  The result? Lots of viewers and "The Right" is going nuts.  Ya know, there has been lots of talk that DNC Chair Debbie Wasserman Schultz was behind a throttling of the number of debates. But, judging by the numbers maybe she was on to something. Let the GOP go out there and make idiots of themselves and then show what we've got.  Hmmmm.  Interesting what happens when candidates stick to the issues and the facts minus...the crazy talk. (Cartoon - Tim Lloyd)

But Can Bernie Really DO Anything?

We hear it all the time, "I like Bernie Sanders (I-VT) but he will never get anything done." The thought is that Bernie is way too progressive to be effective. Oh really?  In reality Bernie Sanders has accomplished more in his legislative time than Hillary Clinton did in her short season in the Senate and he did is by becoming the "Amendment King". Here's an interesting article from Alternet on just how successful Mr. Sanders has been, even in the face of a GOP controlled congress. 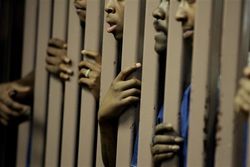 love this one. The Huffington Post is reporting that inmates and their families are paying up to five times the average telephone bill just to keep in touch with their loved ones. How can that be? It seems the business of prisons simply charges crazy prices for telephone calls. Families are paying $500 - $600 a month for even brief telephone visits. What is right about that? Sen. Cory Booker (D-NJ) and FCC Commissioner Mignon Clyburn submitted this piece.  Go ahead and read but come back...I've got more.

Ever thought about it? Ever thought about working a minimum wage job or three, trying to pay the bills and still be a family?  It's not sustainable and it's not healthy. Researchers have indeed found that children growing up in poverty are more likely to experience a multitude of physical and

psychological ills and to do worse in school than other kids. Impoverished adults tend to have worse health and die earlier than those with higher incomes. (Considering the United States’ high rate of wealth inequality compared with other nations, these poverty-related health disparities may help explain why the country that spends the most on healthcare has one of the shortest life expectancy.) Ever thought about it?  It's time to raise the wage for families, for health and for the economy. What is so difficult about that?

Somebody Been Reading Sunday Morning Coffee?

OK, so this video clip is two years old but it's exactly how I feel about the Second Amendment.

I know the "gun-nuts" don't like this...but, frankly I don't much care. The video was posted by States United to Prevent Gun Violence (like that has worked out well...)

The Republican candidates know something about Americans. They know that recent polls say 39% of Americans believe a Muslim should not be president – that’s as much, if not more, than the entire Republican base. 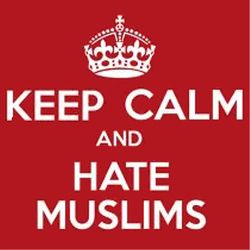 And, the anti-Muslim rhetoric clearly pays off: both Trump and Carson continue to dominate in the polls. Fear is a powerful tool.

So, Bernie Sanders...it gets better.

Why Are You Not Angry?

Gov. Terry Branstad (R-IA) has become a power grabbing lose cannon and I'm amazed that more people are not talking about it. This year Branstad, on his own, closed two Iowa mental health facilities. Then he vetoed $55 million in funding for our local schools saying the state could not afford the expense. Now, on his own, he's decided to turn over a well run $4,2 billion Medicaid program to four profit driven manage care companies.

Legislative leaders seem to be mute or at least not connecting.  The Branstad Circus continues. The tragic reality to a bamboozled electorate. Or rather an electorate that just does not care.  Shameful.

The Dinner Formerly Known as JJ

They are coming... The highlight of the Democratic Fund-Raising Calendar the "Dinner Formerly Known as JJ" will take place this coming Saturday. Lots of folks coming to Des Moines to get their "progressive" on. All five presidential candidates, Hillary Clinton, Lincoln Chafee, Martin O'Malley, Bernie Sanders and Jim Webb have announced they will be in attendance. Sen. Sanders is kicking off the event with a rally and march to the Wells Fargo Arena. This could be fun!  Next year the name of the dinner will change...that pesky slavery thing and all.

That same weekend I get to be with the congregation in Mason City and also at the Midwest Social Media Marketing Summit that will be held at the North Iowa Area Community College. Over a dozen of my friends will be there with me sharing our professional expertise on using social media for business.

It's not too late to register and here is your link.

Thanks for reading and for watching.  It helps keep me sane..like I would have a choice in mental institutions...eh...Governor?