Gather 'round the coffee pot and let's dig into some stories you may, or may not, have heard. 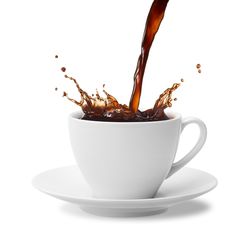 Of course all at tainted with my personal, progressive coloring...but deal with it...I am, after all a liberal. Sunday Morning Coffee is served have a sip or two but remember, it's HOT!

The Right Is So Wrong

Last week my friend Tom DeLong wrote for the Iowa Starting Line. If you don't follow them, you should. He took on the Republican Lie Machine in a piece called "Right-Wing Lies Adding Up". I posted that on my personal Facebook post and right away my Republican friends pointed out that, "Hillary lies!" and we should always remember that both parties lie. Remember debate class and something called "deflecting". If the facts are true and they hurt your position and you do not wish to debate the merits of the case you simply deflect the claim and move on with your own position. It's classic. Meanwhile the case is they lie and they have powerful friends in broadcasting that help them...daily.  Take several minutes and click over to the article. I think you will enjoy. For those of you who think this is just another liberal tactic just yell, "Benghazi, Benghazi, Benghazi!" it will make you feel better.

It's is official. This morning on CNN with Jake Tapper Gov. Mike Pence (R-IN) declared, "There will be no legalization, there will be no path to citizenship. People who want to gain legal status, you have heard Donald Trump say, again and again, will have to leave the country." You now understand that means the workers who are doing construction, manufacturing, roads, roofing and a host of other jobs will, under a President Trump have to pack up and leave. And, of course that will have no effect on the American Economy...right.  And you all thought Gov. Pence was the sane side of the ticket. 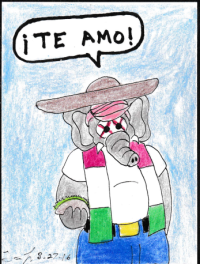 Meanwhile Donald Trump, speaking in Jackson, Mississippi, surrounded by white people said, "Hillary Clinton is a bigot who sees people of color only as votes, not as human beings worthy of a better future." Now, remember this was said in Jackson, MISSISSIPPI among a crowd of white voters. Meanwhile, the census data indicates this is the one of the most "non-white" major metros in the south. Check these numbers: The racial makeup of the city was 79.4% Black or African American, 18.4% White or Euro American, 0.1% Native American, 0.4% Asian, and 0.9% from two or more races. 1.6% of the population were Hispanic or Latino of any race.[65]Non-Hispanic Whites were 18% of the population in 2010,[65] down from 60% in 1970. (Cartoon by Tim Lloyd)

Please note that last sentence. You know, Mr. Trump could have taken a message of hope and trust to Jackson but that is not Mr. Trump. White folks are scared and he is capitalizing on that fear. Such skill...  And the racial overtones of fear are one of the reasons he is winning the hearts white folk.  Y'all doin' good now!  This from CNN:

We Are Going To Fix It!

Meanwhile Mr. Trump says he is going to fix what is ailing American inner-cities. "We are going to fix it..." he says, pointing to himself. Except, of course, he has offered no policies on exactly how that is going to get done. But, the white folks in the audience nodded and applauded.

You can't make this stuff up...

I found this survey, released last week from the firm PRRI interesting and worth sharing.

Majorities of every other major religious group support Clinton over Trump: religiously unaffiliated voters (55% vs. 24%, respectively) and black Protestant voters (89% vs. 2%, respectively).

The heat is being turned up regarding Medicaid and, what appears to be, a massive bungle by the Branstad administration in their rush to privatize health care for hundreds of thousands of poor Iowans. Daily I hear of providers being turned down for payments or payments delayed. Those providers who have enough cash to see them through the month or the quarter continue to deliver however many are now laying off workers and stopping services to those in need. And you people voted for this guy. Really? But, then again it all makes sense. If you are doing "just ducky" Gov. Branstad is your guy. (Photo - Des Moines Register) 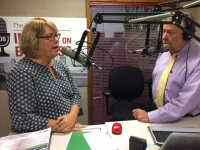 Last week on my radio broadcast, and no I don't do politics there...much. Peggy Huppert the executive director of NAMI-Iowa was on talking about mental health care in Iowa. I thought she gave a very balanced assessment. If you would like to listen...here you go.

Tomorrow would have been my parents 67th Wedding Anniversary. They left their families in Wisconsin and made their way to Detroit mostly because both sides of the family felt the young couple were "wrong for each other". It's an ethnic thing of the time. But, they were of the

generation that understood if you worked hard you had entry into the middle class. That, today in so many parts of the nation, feels like folks are treading water as the income disbursement continues to go to the top.  And, you think that's OK?

Today is the Progress Iowa Corn Feed downtown at the Simon Estes Amphitheater it's going to be a nice afternoon and grateful that my friend Matt Sinovic asked me to do the voice over MC work...thank you. If you would like to go here is the link for the a ticket. It will be a fine time. But don't come to see me...come and listen to Gov. Martin O'Malley! Gotta wonder what cabinet position he is working toward...

Thanks for reading and have a great Sunday and week ahead!