We are now less than a month away from the November General Election. Some of you say you 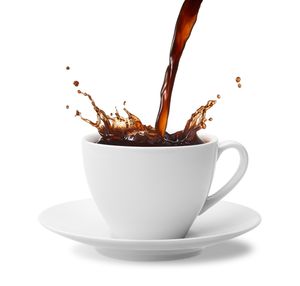 can't wait for it to be over...here in Iowa it seems it is never really "over" because as soon as November 9th rolls around people will start making plans to visit and press their ability. So, relax and grab a cup of Sunday Morning Coffee...but, please plan on being offended.

No, I really do. I have a dear friend who, months ago, shared with me why those of you who support Donald Trump and it is quite simple. "These people who support Trump do so because he says, out loud, what they talk about behind closed doors." He is right. You like him because he talks about other as you do...behind their backs. You talk about "niggers" and "kikes" and "spics" in hushed tones with your friends who think the same way. You, as your waitress walks away, raise your eyebrow to your friend and say, "I bet she has a great pussy..." I understand because I've heard you. Oh, not in the studio and never in a mixed group where it is clear your base feelings are not shared. But, that is who you are and how you think. Congratulations. The man whom you have placed at the top of the Republican Party thinks and says, out loud, the very words you adore.  Nice going... 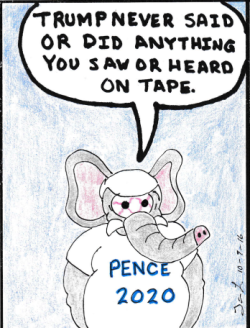 There were some of you who thought Donald Trump picked Gov. Mike Pence because he was the "softer more gentle" GOP choice. Wrong. For example it was Mike Pence who co-sponsored a bill that would have redefined rape and limited federal funding for abortion to women who suffered “forcible rape”—what Todd Akin famously described as “legitimate rape” when he doomed his 2012 Senate race. Pence is also the guy who began the GOP’s ugly and so far unsuccessful crusade to defund Planned Parenthood, back in 2007.

It is Gov. Mike Pence who carved out legislation in Indiana that would allow discrimination against its LGBT citizens. Pence is, in fact, the gray haired, slick talking David Duke and he is more dangerous than Trump because he can "pass" and talk about Jesus and faith and prayer while he plots against others not like him.  And, my friends, that is exactly why Gov. Mike Pence will continue to support Donald Trump and not disavow him. Besides some of you think he would make a great 2020 candidate. He'll be back. (Cartoon - Tim Lloyd)

Meanwhile here in Iowa the cowards at the top of the Republican Party continue to support Trump. What will it take before that good Catholic boy from Lake Mills says he no longer can support the top of the GOP ticket?  What will it take before soft spoken Sen. Charles Grassley who plays cute with Twitter says he has had it?  They will not because they are cowards. You have continued to vote for these misdirected individuals time after time after time.  It's now time to hold them accountable for their actions.  If you have not yet seen it here is the latest video from Patty Judge.

Let's bring it closer to home. I get to live in Windsor Heights and so too does State 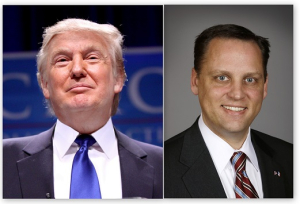 Representative Chris Hagenow (R-Windsor Heights) who is running a slimy campaign against his challenger Jennifer Konfrst. He kicked off his television campaign with a lie that he supports education and teachers and students. What was worse is that he uses his family to do the dirty work. Then he doubles down and tells outrageous lies about Jennifer. You want to read more and find out the facts?  Sure you do so here is the article from Iowa Starting Line about the school funding lie and a follow up from Bleeding Heartland about the unfounded attack on Jennifer.  Go ahead it will make you puke.

And, this is the guy who leads the Iowa House GOP...nice going...it would seem he has lots of Donald Trump in him... "Birds of a Feather" so to speak.

It looks as though at least one member of the Iowa House has some guts. Ken Rizer (R-Cedar Rapids) became the first member of the House to abandon Trump. He, yesterday, announced his decision on his Facebook page saying, Trump’s comments in the recently released 2005 video "...reveal an arrogant lack of character unfitting for a college undergrad, for an Airman, and most certainly for our Commander in Chief." So where are the others?  Or are they too much like Trump to condemn? But it's not all good news. Rizer says he will write in Mike Pence on his ballot.  (See above)

Just prior to the Jewish New Year I received a call from my rabbi who now lives in Brooklyn with the sad news that he lost a toe to his diabetes. He has been struggling with the illness for years and years. This Tuesday evening begins Yom Kippur the "Day of Atonement" and Jews around the world will gather to ask forgiveness and pray for another year of life. I will pray for my rabbi, his family, for my family, myself and for each of you.  May you be granted a sweet and healthy New Year. Search yourself in honesty and make the right decision next month.

Thank you for reading and have a great week!

So sorry to hear about your rabbis difficulties with diabetes. I feel for him suffering from diabetes myself. Life is more difficult when you suffer from this disease.
As for Donald Trump has no respect for other human beings worse than that he has no respect for himself. A person who has respect for themself doesn't do or say things that harm other people. Negative behavior on your part damages your self and your reputation.
As for Governor Mike Pence he is the wolf in sheep's clothing. You cannot trust him to do right by the American people. He is only interested in his religious zealot agenda.

If you're going to be offensive, Big Daddy, you'lol have to do better than this.