The 2016 election is just, as you know, days away. There is so much riding on this outside of the presidential election. Down ballot candidates are hoping for a boost from the top of the ticket and in many states we'll see all sorts of issues being raised from voting rights to marijuana legalization. Grab a cup of Sunday Morning Coffee...a little rest before it gets really crazy.

Depending on which you look at it's...confusing. Yesterday two polls were released just hours apart. One had Donald Trump up by seven points in Iowa and the other had him up by a little over one point. Meanwhile in Dallas, Texas the polls are showing Trump is widening his lead over Secretary Clinton. A couple of quick observations: There are lots of people watching the polls and that drives media attention on the media.  Good for revenue. And for Democrats any sign that the race is tightening is pushing more activity to get out the vote. And, finally, just who is voting and who is being counted. Polls usually take in "likely voters" however thousands have registered over the past year and many have already voted.

In an astounding turn of events US Senator Tom Carper (D-DL) has turned given the FBI what he says is a fake letter supposedly written by him to the Clinton Campaign. It is one of several several documents presented to the Federal Bureau of Investigation and the U.S. Department of Justice for review in recent weeks. U.S. intelligence officials have increased their warnings that Russia is behind the recent spate of cyber attacks attempting to push the election toward their preferred candidate, Donald Trump.  Isn't it interesting that the Governor of the State of Iowa supports Russia and not the United States. Strange bedfellow my friends.  Here is the Reuters article on the fake letter and her is the Newsweek article about the Russian involvement and the links to the Team Trump.

Yes, There IS a Difference

While Donald Trump encourages his minions to violence when a protester shows up at a rally it's not the same at a Hillary Clinton rally. Have a look at this and listen to what a President of the United States says...

The other day I was in the same room as Rep. David Young (R-IA) and when he walked over to shake hands I said, "Hello Congressman, I'm Michael Libbie." After all we were not wearing name tags. He shook my hand and said, "I know who you are." and walked away. It's nice to be noticed.

IF the polling data in Iowa is correct with a Trump seven point lead that makes it nearly a lock that Jim Mowrer will lose to Congressman Young unless he can somehow manage to energize the urban vote. Otherwise it's already over.

So make sure you send your friends to vote on Tuesday and do not lose focus.

On the Local Front

There are several elections being watched very closely that could help tip the balance of power in the Iowa House of Representatives. Chris Hagenow (R-Windsor Heights) has gone "over the top negative" with mass distortions against Jennifer Konfrst and James Cownie (R-West Des Moines) has done the same thing to Clair Celsi. Then in Urbandale there is Brad Zaun (R-Urbandale) fighting off a strong challenge by Miyoko Hikiji. These three seats are within grasp if you continue to focus. 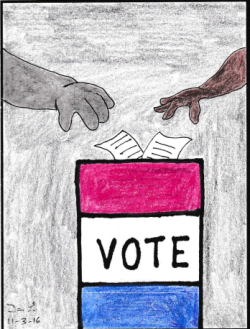 Each of these these men are lovin' the Trump message of divide and hate. Meanwhile each one of the women here are running against the awful records of these three men and offering up their positive and progressive issues that will actually help Iowans. Stay focused.

Our friend and cartoonist Tim Lloyd keeps it together this week and urges you to get out there and vote. It really does matter. Make it happen.

Now a Word for My Trump Friends

Let us, for a moment forget about all of the personal insults and hate he has been spewing for the past year. Let us focus on the working class men and women who have decided that Mr. Trump is the answer for their prayers. That he is the answer to your financial redemption. Nothing could be further from the truth. If you examine his tax plan you do not get a tax break but the wealthy get a massive tax break and who do you think will pay for keeping roads, bridges, the military and farm subsidies going? You. Unless, of course you don't care about those things and you simply are falling for the idea to get "government out of your life". Donald Trump is a straw man. He has never had to work and get dirty. He has avoided any sort of public service from the military to public works. What are you thinking? Or...are you?

On Friday I attended a funeral in Ames. Eric Sayre the husband of our dear friend Mary Sayre who is part of the Business News Hour with the Des Moines Radio Group died unexpectedly on Monday. It was tragic for so many involved and there is a large family. 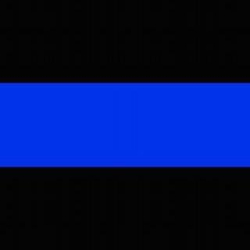 Then on Wednesday we woke up to the news that two police officers were murdered in two separate ambush attacks. Gunned down while sitting in their police cars. Urbandale Officer Justin Martin and Des Moines Police Sgt. Anthony "Tony" Beminio died at the scene and the killer was captured just hours later.  This event has rocked the entire community and the outpouring of love and respect for the police has been on display all week long.

If you have the desire to support the family members of our slain officers here is a link to the City of Urbandale/City of Des Moines fund raising page.

I didn't know these officers. I did know Eric Sayre. The pain of those who are left behind is awful and so very strong. How can we now honor their memory and their service? By reaching out with compassion and kindness with a sense that others really do matter.

Thank you for reading and have a great week. Go vote!

How in the heck a "common working man" can support a guy who has stiffed and short paid literally THOUSANDS of carpenters, electricians, plumbers and small businessmen is beyond me.
It's like voting for the guy that robbed you and then says, hypnotically .. "I didn't rob you ... it's the Dems that robbed you." Such utter BS!
It just goes to prove that Dr. Goebbles (of 1930/40s Germany) was right ... repeat a lie often enough and people will believe it.
Why Hillary hasn't had a series of commercials with dozens of common working men saying that Trump short paid them and is a liar is beyond me!
BTW ... I really enjoy your Sunday Morning Coffee!

George: Thank you for your insight. Yes, it is baffling to me as well. I spoke to a Trump voter today and asked him to offer me one reason to support Mr. Trump. He said, "Because he is an outsider and not an insider..." I then said, "So you mean you will vote for a person without any qualifications to be president. Is that how you might hire somebody to work for you?" He didn't want to answer...oh well. Thanks for reading and for the comment!!