Sunday Morning Coffee is about politics with a dash of religion. Mostly because those are the two things your Mother told you never to discuss. Reason? Because most people don't know squat about either and they make up their minds based on emotion rather than (wait for it) thinking. Below are some stories you might have seen or missed but all laced with my commentary. Why? Because this is therapy...I think.

Not only are the music and words soothing but my friends in Canada have stuff like health care, cheaper drugs, the two-dollar coin, a lack of guns, the Canadian Mounted Police (great uniforms), TWO official languages, HOCKEY, and a political leader who connects with the people in a very positive way. In case things get really, really crazy...Canada is an option.  And now for your listening pleasure...

It's been quite a challenge this repeal and replacement of the Affordable Care Act. The Republicans had to start by finding a way to call less coverage more coverage. They had to find a way to funnel millions of dollars into the hands of insurance companies through tax breaks. They had to find a way to find a way to increase costs to the poor while decreasing health care costs for the wealthy. It's quite a task but Rep. Paul Ryan (R-WI) is up to the task. After all, he has made it his career to not listen the the people but to serve his masters in high places.  Thanks Paul...we knew you would come through.  Oh, meanwhile Vice President Pence was in Kentucky this weekend lying his ass off about the GOP Plan. In fact he had to pull out the "fear card" to get applause. "I'm here to tell our Army, Navy, Air Force, Marines and Coast Guard we will rebuild our national defense so that you can better do your job at keeping America safe!" Light on Trumpcare...heavy on fear it's how they roll. 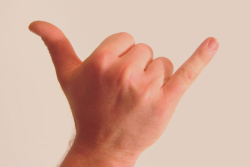 This week it was Hawaii that took President Trump's "We Hate Muslims So Keep The Hell Out" executive order to court. Let's ponder that for a moment: Hawaii is one of those states folks go to for relaxation hell, their culture even has "Shaka" or "hang loose" as a common hand gesture and saying. So much different than the single finger salute Mr. Trump gives to the followers of Islam. Anyway...Hawaii is the first in court to challenge the most recent silliness of the president. Hang loose my friends....

Our friends in Austin, Texas (which by the way contains no Texans) at SXSW have gotten onto the Anti-Trump-Train. SXSW is this major technology and innovation conference that draws thousands of smart people from across the world...see told you there were now Texans in Austin...to this multi day event. This year it's getting very political. Sen. Cory Booker (D-NJ) blasted Trump during his Friday speech: “I’ve never seen in my lifetime an atmosphere of fear as I’ve seen now. I feel a sense of pain about my country right now. [Trump] isn’t backing away from his rhetoric. But if we don’t engage, we are the source of the problem, not the elected person we don’t like.”

Expect More of the Same 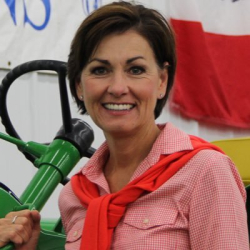 Last week Lt. Governor (soon to be Governor) Kim Reynolds (R-IA) spoke to the Urbandale Conservative Breakfast Club and bemoaned the fact that Iowa was in a bit of a mess with our finances. But she quickly tacked on the fact that business taxes in Iowa were way too high and that when corporations see the tax rate here they beat feet to those Meccas (sorry to use that Islam word!) of business opportunity like North Dakota or Alabama. Of course the Urbandale Conservatives ate that up along with their hash-browns and bacon. Trouble is she is lying. While the corporate tax rate in Iowa is among the highest in the nation the corporations here don't pay that rate. They simply don't and corporations know that and that has not kept them from moving or staying here. Ask Facebook, Microsoft, Pella Industries, Sukup and the usual bunch from the Iowa Association of Business and Industry. Who, by the way, never saw a tax shift they didn't like.

The real issue with our financial woes isn't health care (we don't do that very well) isn't education spending (we cut that at every turn) isn't roads and bridges (we use those funds to buy land to build Hwy. 20)....but corporate gifts in the millions of dollars to already successful companies.  Just ask Facebook, Microsoft, and the folks from the Iowa Association of Business and Industry. Keep that "free ride" money flowing, raise taxes on working people and everything will be just fine. Want heartburn with your hash-browns and bacon?

Last week I had the opportunity to visit, briefly, with my state senator Charles Schneider (R-WDM/Clive/Windsor Heights). (Seen here with his friend and Das Voter Suppressor in Charge Paul Pate, SOS) I've always liked Charles. He comes across as a nice guy.

Interested in stuff he doesn't like...you know...education, health care, wages, the environment (bottle bill), clean water. But it's all stuff his masters tell him to vote against or just be silent. This polite conversation was about voting rights. You see the Iowa House just passed the Voter Suppression Bill which now will be taken up by the Senate and passed so that Gov. Branstad can sign it into law so fewer people are afforded the privilege of voting. It's a bill and law that the masters of Sen. Schneider really, really want. Never mind that there is ZERO evidence of voter fraud in Iowa. Our former Secretary of State spent thousands trying to prove that lie...but failed. So the GOP and Sen.Schneider's masters waited and when they took both houses they struck.  Sen. Schneider and I did part on friendly terms. He said we might work together to see if there was a way for fewer bicyclists in Iowa to get run down by motorists. That would be nice...

Last Sunday afternoon I received a call from Alan Steckman the president of Adas Israel the Jewish Congregation of Mason City. A synagogue that I have served for 28+ years. He said there was a message on his answering machine of a man saying, "We're coming to spray pigs blood on your shitty building. Get the fuck out!" No doubt the caller has heard of the Alt Right? The question was: Do we make 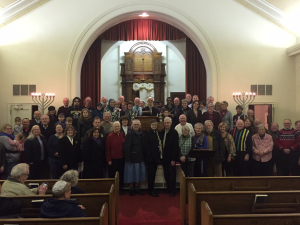 this public knowledge or do we keep quiet? I urged Alan to make it public because people need to know that these incidents are increasing in Iowa. (This followed two other anti-Jewish events in the Metro...one in Urbandale and the other at Drake University...over the past two weeks)  These people are feeling, I believe, emboldened because much of this is being fed by the highest levels of our federal government.

The result was a major outpouring of support from a vast cross-section of the Mason City community. On Friday evening over 75 people from the Muslim community, Catholic community, atheist community, Protestant community and concerned neighbors and friends filled the little synagogue. It was a blessing. And, that all of this happened on the Sabbath before Purim well, that made it even more meaningful.

Finally, I was unable to make the party on Saturday to say goodbye to a friend and activist in Fort Dodge. Jane Burleson is moving to Arizona to be with family after some medical concerns made the move necessary. Kim Motl and friends held a going-away party for her this past Saturday. Time kept me away...but, Kim...a card is coming to you for deliver to Mother Jane. It all makes me sad...

Thank you for reading and have a great Purim and superior Sunday!

Blessings to you and all during Purim! This world is getting crazier ... unfortunately.

Thank you George! It was a wonderful day. Thanks for reading and for your comment! - Michael