So much going on that it sometimes numbs the mind...but not to worry. It's time for Sunday Morning Coffee with some of the stories

you've seen and others you may have misses all laced with my commentary. Sometimes fun...often serious grab a cup and let's see where this takes us. Also, if you have a wish to comment you may do so. Let's go!

Perhaps the biggest future story is the pardon of convicted criminal Joe Apario. For decades Apario used his position to jail thousands of men and women in conditions that rival some third-world country. For that he was lauded as a "law and order" kind of guy. However it was when he started targeting "brown people" that Apario got in trouble with the Constitution. You know, that pesky document "law and order" types love to quote and then trash. The court filed an injunction to make Apario stop his illegal "immigration round ups". But, he kept it up. A federal court subsequently found that after the order was issued, Apario's office continued to detain "persons for further investigation without reasonable suspicion that a crime has been or is being committed." That led to a contempt of court conviction in July of this year. Last week "45" gave him a pardon.

Notice I wrote in the first sentence "future story" that is because "45" has now blown a dog-whistle that signals to Manafort, Kushner, Trump Jr. and the lot of them they have nothing to fear from the Robert Mueller investigation. Nothing...

Lowest of the Low

Never before in the history of presidential poll numbers have we seen approval ratings as low as what "45" now enjoys. Nice going...suckers. 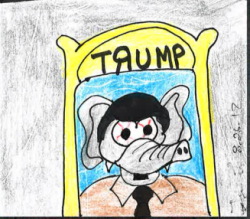 For those of us who enjoy history the speech given by "45" last week in Phonex was, in a word, chilling. For over 80 minutes "45" went to great lengths to connect with his base, vilify the media, cast blame on the Senate and specific GOP senators. Some have called it "unhinged" for its rambling nature and for how different it was then his forced teleprompter speeches. No, this was classic and it was chilling. The gestures, the accusations, the belittling, the length of the speeches have been played out before by a little man from Bavaria who went on to lead his nation to destruction. Yep, we've seen this before...

What may be the last U.S. Confederate flag maker, Alabama Flag & Banner, says business is booming as sales of the rebel flag have skyrocketed since Charlottesville and the actions of many states, counties and cities to remove rebel statues and landmarks. Flag sales had also surged following the murder of nine people at the hands of Dylann Roof. It was then when many retail establishments decided to quit selling the symbol.

Tomorrow a ten-day march from Charlottesville to Washington D.C. will take place. The action, say organizers, is to confront white supremacy and to demand removal of "45" from office. "The March to Confront White Supremacy," is set to start in Charlottesville Monday, Aug. 28 and end in Washington, D.C. on Wednesday, Sept. 6. Organizers say the march will be followed by an occupation of Washington, D.C. with daily nonviolent demonstrations.

"This is the time to confront white supremacy in our government and throughout our history. We demand that President Trump to be removed from office for allying himself with this ideology of hate and we demand an agenda that repairs the damage it's done to our country and its people," the website for the march reads. Gosh, what could go wrong in this hyper-charged environment? 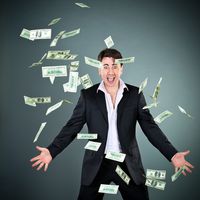 One of the reasons given by Gov. Kim Reynolds (R-IA) for the millions of dollars handed off in tax credits and incentives to Apple was this, "Well, it's Apple". Yes, it is Apple and while the deal calls for Apple to give $100 million to the City of Waukee for any number of community projects I'm sure the folks in Humboldt, Mason City, Boone and Creston might have liked a piece of the pie. Look, I'm all for economic development but when a cash strapped state gives a company that has billions of dollars in reserves millions to build and hire up to 50 employees at $29.85 an hour you've got to question the logic or at least the lack of transparency. The "deal" went from being "sniffed out" on Wednesday afternoon to a done deal on Thursday morning. But, not to worry the public will have input come 2018.

Sometimes folks get their underwear in a knot when a press release and admonishment would do the trick. My friend Heather Ryan is running for Congress in Iowa's 3rd Congressional District. A couple of weeks ago during the Democratic Wing Ding in Clear Lake she said that Rep. Steve King (R-IA) and Rep. David Young (R-IA) were "assholes". OK, a little strong...but her Twitter handle is @LoudAndLiberal and she is both. The context of her speech makes clear that she didn't simply blurt it out but that her words were attached to how both congressmen vote. What did the Polk County Democrats do? They banned her from speaking at the upcoming Polk County Steak Fry...a Democratic gathering.  No, I'm not joking. This is how Democrats react...they eat their own and their steak. Check the video...

One other thing. I know of a young woman in the Des Moines Metro that called, in public, former Gov. Terry Branstad (R-IA) a "rat bastard" yet she was allowed to run for a seat in the Iowa House with the full endorsement of the Polk County Democrats. I guess there is a difference in being a "rat bastard" or an "asshole"?  Really people?

BTW: The Windsor Heights Democrats will hold their monthly meeting on Tuesday at 6:15PM at Saison Kitchen & Pub (old Mustards Location) on University Avenue here and Heather Ryan is the featured speaker. Come on down...should be interesting. 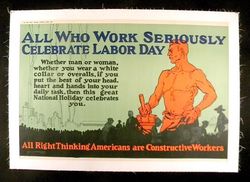 This week is the ramp-up to Labor Day. For some it's a three or four day holiday and there isn't anything wrong with that...get out there and enjoy. It's also the time when we remember those who struggled and today continue to struggle for the working men and women of this nation. So, while you sit in the boat or under a tree during Labor Day you might hearken back to the day when there were men, women and children working 60 to 70 hours a week for low pay, no time off, no rights of regress for brutal conditions...zip. (Sort of where Iowa is headed to again?) So, on Labor Day join with us at the Labor Day Parade as we make a march for workers.  The Parade is at 11 am. (Parade line up at 8 am) March from Iowa Capitol to State Fairgrounds. Picnic for members, their families and special guests at Union Labor Park, 4640 Morningside Dr. Des Moines. noon to 5 pm. Interested? More details from Mark Cooper 515-265-1862. South Central Iowa Federation of Labor.

It was Back-To-School for our now SIX grandchildren...loved the photos on Facebook. Treasure them...the time goes by so quickly.

This week I'll file papers to run for the Windsor Heights City Council. It is not a partisan race but it is all about the possibilities and 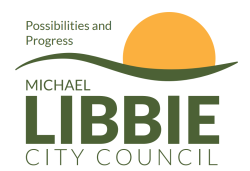 progress the citizens here should be enjoying but far too often get derailed. Over the past several weeks I've been on the phone drumming up conversation about what issues are important to voters here and it all boils down to fair and equal treatment, property taxes, safety and economic development. Nope, we didn't get $100 million from Apple but the power to unleash some positive progressive development opportunities here is staggering. Now all we have to do is...get it done.  And, yes...still working on the website. Gosh there is a bunch of stuff to do!

Oh, and it's the final home game of the season for the Iowa Cubs....drat!