comment...which is always spot on...right? Sometimes fun mostly serious it's intended to get us thinking about progressive answers to regressive political and social ideas. Ready? Grab a cup and let's go!

Over the past several hours it's been reported that North Korea has tested yet another nuclear device. It's the sort of thing "45" needs right now as the circle tightens on the corruptness of his campaign and misguided administration. Fear is a powerful motivator and we've got it going this weekend.

Yesterday we had a "do over" in Houston as "45" made another visit to the hurricane ravaged city...the 4th largest in the United States. He had gotten some push-back from a lackluster performance earlier in the week when he didn't interact with citizens who were impacted by the disaster. Our contributor Tim Lloyd penned yet another "Letter Home to Mother" from our favorite GOP Voter, I.M. Stupid:

But, there was a return visit and this time "45" loaded a truck with supplies, posed for selfies and signed autographs. The one thing missing in all of this? Empathy. But, then again, these people are "those people". With every passing day "those people" are going to have to get comfortable to the reality they will be stripped of their ability to support the United States with their taxes, service to the nation, careers and loyalty. With "45" getting set to repeal President Obama's Defered Action for Childhood Arrivals (DACA) as early as this week we, as a nation, have sunk to a new low. Supporters of this outrageous move point to fear and identity politics to prove their point. DACA becomes a freeway for "thugs" and "gangs" for anti-immigration "expert" Ned Ryun who, in this opinion piece confuses DACA with a wacky support of "The Wall" and crime and welfare. What Ned does not want to talk about are the thousands of young people who were brought to this nation who are now in the military, wearing lab coats, working in our communities as strong members of our society. No, he and "45" want to lump "those people" into one bowl...and flush them.

Bill Northey to the USDA

I know this is going to be hard for you to believe but I am a friend of the Iowa Secretary of Agriculture, Bill Northey (R-IA). For those of you who are dumb-founded at that let me share that it is personal and not political. Over the years I've found him to be, not only a man of deep faith, but also doing the best he can given the limited resources he gets. Given that it looks like Sec. Northey is on his way to the United States Department of Agriculture in the area of crop promotion. It's a good fit and I wish him well. Now who gets appointed by Gov. Kim Reynolds (R-IA) will get interesting.

Iowa You Are Lost

Speaking of faith for just a moment, Iowa has lost its moral compass. The reality that this state denies care and protection to our young 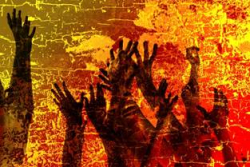 and our old is a sin worthy of the hottest places in Hell. Leading the charge into the Inferno of Dante is none other than Gov. Kim Reynolds, Rep. Linda Upmeyer (R-Clear Lake), Sen. Charles Schneider (R-WDM), Rep. Chris Hagenow (R-Windsor Heights). These are the people who craft legislation and policy that has destroyed our state's ability to pay for education, for the health care and welfare of our eldest citizens, for those 500,000 people on Medicaid. This is what they have created by giving already huge, successful corporations millions of dollars in tax credits, tax abatement and other forms of corporate welfare.

We already realize that our public schools are in trouble because Iowa can't pay its bills. We, last week, learned that the State will no longer fund travel for the Iowa Office of the Long-Term Care Ombudsman. The cut in the budget means that virtually all travel by its employees to nursing homes and assisted living centers across the state is over. I guess that means the Iowa Department of Inspections and Appeals will have to take up the slack?

Furthermore, in the same article for the Iowa Starting Line written by Randy Evans we are reminded that Iowa eliminated funds for public health programs for people diagnosed with epilepsy and for children with autism. Money was eliminated for programs that provided vision screenings in our schools and hearing aids for children (unlike many states, Iowa does not require health insurers to cover these costs).

Yet we can hand out millions to successful corporations because having Apple or Microsoft or Google in Iowa is a win.

Now that we've stopped paying for overtime among government workers who put in more than 40 hours a week...what could go wrong? The intended purpose is to put these workers on notice that their lazy, shiftless lifestyle is coming to an end and they better be looking for jobs outside of government. In all,167 job classifications, including nurses, public defenders and social workers, can now be required to work more than 40 hours a week without additional pay or comp time. You see, that's what your friends (all mentioned above) believe: "Government is bad unless that same government is greasing the palm of my wealthy friends." Oh, and this cost cutting move will save Iowa $5 million a year. More money to lavish on the already wealthy. Sick...truly sick.

Tax Cuts And the Truth 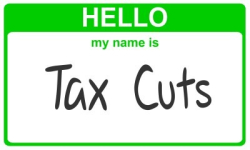 It should be of no surprise that Gov. Kim Reynolds (R-IA) and her ilk are standing in line to support even more corporate welfare with their pandering to cut the corporate tax rate from 35% to 15%...it's what their leader "45" would like to do nationwide. They say it will create jobs and better paying wages. It is all a lie...all of it. There is not one shred of evidence that lower tax rates create more jobs or higher pay. In fact it's just the opposite.

The cut from above relates the story about a recent review of 92 publicly traded U.S. companies with an effective tax rate of 20%. You might want to listen...because as you will learn...The Institute for Policy Studies (IPS) calls the idea a "myth," noting that corporations already enjoy much lower effective tax rates, thanks to loopholes and tax breaks.

Remember the "tax-shift" that former Gov. Terry Branstad (R-IA) dreamed up during the 2013 legislative session? It was, and is,

touted as a bi-partisan tax cut and the silly Democrats went along.  The deal was the legislature rewarded landlords with a tax cut and then shifted that tax burden to homeowners. One of the selling points to Democrats was that these savings would allow landlords to reduce their rents and make housing more affordable. Bullshit...didn't happen. Anyway...To get it to fly the legislation set up a "back-fill" of hundreds of millions of dollars that went to Iowa cities to make up for the property tax loses. Yes, the city you live in gets your tax money to pay for the corporate tax cut handed out in 2013. But, that was when the State of Iowa had...money. Now legislators are considering taking those dollars back because Iowa is in such a financial bind. Guess what happens...if that happens?  Landlords still get their gift and if you pay rent, or homeowner taxes...they will, once again, go up.  We pointed out that it was a lousy deal and a tax-shift back in 2013...and it truly is.  Suckers... 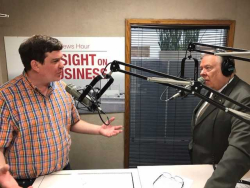 Let me be clear, I have always thought it better to fight FOR something than fight against something. So, when I write about the horrors imposed on us by the Republicans it is intended to give you ammunition, if you will, to fight for positive and progressive ideas that move our communities and state forward...not backward. When we all share in the wealth of the nation we all win. If you want to hear more about that idea give a listen to this interview with Charlie Wishman from the Iowa Federation of Labor AFL/CIO about the history of Labor Day and the state of labor unions today....it is sobering.

Speaking of labor...tomorrow is Labor Day and I get to take part in the Annual Labor Day Parade that stretches from downtown to the State Fairgrounds. I'll be walking with my friend Theresa Greenfield who is running for the United States Congress here in the Third District. See you tomorrow...

Today I'll travel to Mason City to attend the funeral of Ruth Newman. She was a staunch supporter of the little synagogue there as well as the State of Israel. She faithfully attended services anytime the doors were open. She came to every Torah Study Session (Midrash) and offered insight and input. She funded speakers who would come and talk about Israel and engage the Iowa population. She was a bright light...and cancer snuffed it out last week. Oh...and she wasn't Jewish. Baruch Dayan Emet...

Thanks for reading and enjoy your Sunday!.

You should delete this comment but I wanted you that you have a typo and I am sure you can fix it.

We already realize that {are} public schools are in trouble because Iowa can't pay its bills.

Thanks for all you do. I love SUNDAY MORNING. j

Thanks JAY for catching this...sometimes my mornings get crowded! Thanks again! - Michael