Welcome to Sunday Morning Coffee my look at some of the political stories you may have seen or missed all laced with my commentary.

It's what I get to do early on a Sunday Morning. So, grab a cup but, a word of warning, it can sometimes be very hot! Thanks for coming by! And, sorry this is late...I was LATE getting back from Mason City last night...that holiday ya know.

The talking heads are describing "45" as either the best at manipulating the media and public opinion or the very worst. I dunno but the man is obsessed with himself and it is simply "unhinged". To spend critical time on Tweets that malign others and call into question our basic rights is simply amazing. And YOU voted for him. Last week I visited with a young man who voted for "45" and I asked him, "So, how is that working out for you?" He told me he didn't see much of a choice because "both candidates were bad". It's the standard line I get from so many of you who actually voted for this guy. The "lesser of two evils". Really? Was it Hillary's hair? Makeup? Marriage? That she was a SHE? Maybe because she had real experience? That you believed Russia? Or was it that you liked the fact that the other candidate has never served anyone other than himself? Delights in name calling? Grabs women by the crotch? Yeah...that stuff huh?  So, how is it going for you? 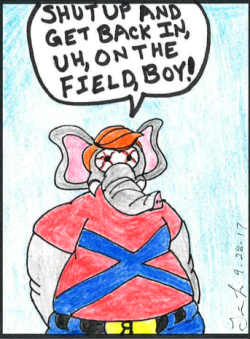 Hey Boy, Git Back to Work

Seeing that "45" is so worked up about NFL players kneeling during the National Anthem got me to think about where this all started. It was Colin Kaepernick who began to kneel during the National Anthem because he wished to protest the disparate treatment and murder of African Americans at the hands of the police. It was not, at that time, a story about free speech but it has morphed into that debate. We can not forget the original intent and while it is "nice" to see players, now in nearly every sport, show their support of the First Amendment we should not forget what is happening on our streets, in our jails or prisons. This nation has a racial problem of enormous magnitude. This is a nation that has never come to grips to the fact we thought nothing of making other humans slaves. Slaves people! Slaves...let that sink in for a moment. This is NOT about "states rights" or a flag or a song this is about coming face to face with the bigotry and the hate one group has toward another. It is a demonstration that brings forward the fact that we see color and we react to it with a deep distrust and often hate. It is, in a not so subtle way, a method for those who HAVE VOICE to share the reality of racial injustice with others and, perhaps, take a knee in prayer that we, at some time soon, will come together as one nation. If you think that is wrong... (Cartoon - Tim Lloyd) 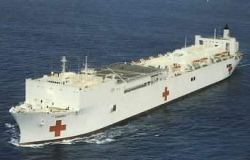 Why did it take nine days to get The  USS Comfort, a U.S. Navy hospital ship, out of port and head to Puerto Rico? Why was it that Israel was on the ground in Puerto Rico before the United States military? Why is it that we get rosy messages from "45" how well we are doing when those on the ground say it is like death? How can it be that the "leader of the free world" derides those in need rather than get serious about saving United States Citizens? This is what you people want in leadership? Is it that you also think the people or Puerto Rico just want "everything done for them"? Did you know that among supporters of "45" polling went up for support of Puerto Rico by ten-points once they were told that the people there were citizens of our nation? It is shameful...simply shameful.

The Polk County Democrats held their first annual Polk County Democratic Steak Fry (they really don't "fry" the steaks...it's more like grilling them) yesterday. By all accounts it was a very successful event! I hear there were 1,500 tickets purchased for the event with 600 purchased by the Fred Hubbell and Nate Boulton campaigns. So, there were then 900 tickets sold to others? Maybe my math is off? It ended up being a huge success as Third District candidate hopeful Heather Ryan did not call anybody an "asshole". See, we got us some class in Polk County after all! More tickets might have been sold had the party consulted the calendar and seen that it was Yom Kippur the holiest day of the year for Jews...and a fast day. I hope to go next year.

Winning Back the Middle Class 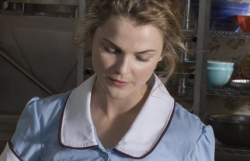 It's a bit comical that the Democrats are perplexed by the fact that they are having trouble winning the support of the working middle class. Here's the issue. We don't actually see the working people of this nation. Let me give you an example: Last month after attending a Democratic event I was visiting with one of the young women who waited tables. Here is what she said to me, "As I'm serving water and drinks and food I hear the speeches and the people talking about saving Medicaid and Medicare. I hear them talk about improving health care and mental health care in particular. I hear them talk about food stamps and food insecurity and education and a living wage. And, then when I finish my shift and count the tips, I find that from a party of 20 people I made $8 I start to wonder if they realize I am the face of everything they are talking about..."  That, my friends, was a stunning reminder of our own failure to see the people that we are supposed to be helping. Let that one sink in for a moment. 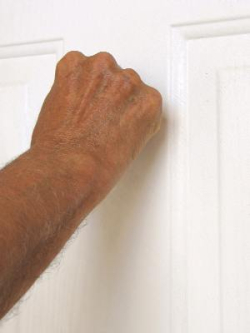 It's the first of October and, as many of you know, I am standing for election to the Windsor Heights City Council with the election being held on November 7th. That is not a long time to knock over 2,500 doors and talk about the real issues facing my community but last week I was able to top 400 of those doors over the past three weeks. I hear a bunch from the people. Depending on where I'm at in this community of 4,900 people the number one issue is trust. Trust of those in power. Oh sure I hear about sidewalks and speed cameras and streets but the underlying issue seems to be trust. "Can I trust the City of Windsor Heights to work on my, personal, best issue?" It's a good question and one that I answer at each door. While I can't promise that every decision will be the RIGHT decision on each person's list...I can promise a thoughtful and mature consideration of those issues and then attempt to build a consensus as to the benefits with understanding and empathy. See you...gotta go knock some doors!

One other thing...and I've not done this before. If you wish to support this effort I'd love to hear from you. If you feel motivated to help you can send the campaign a check...in any amount. Libbie for City Council, 2815 100th Street, #382, Urbandale, Iowa 50322 (office box address) or I'll see you on the street.

I hope you had an easy fast, and just keep on knocking those doors. I really like the comments about Trust ... and at the core of it, that is really why we elect someone to act in our behalf.
BTW ,,, I really look forwards to your comments every Sunday!