While it's hard to believe, it's nearing the end of November. Remember how shocked and full of

dread we were last year? That has turned into clawing back and reclaiming progressive seats from county commissions to Congress. Now, a year on, we need to stay active and engaged. More on that...later. Welcome to Sunday Morning Coffee a look at the political stories you might have seen along with some you may have missed. All laced with my commentary...it's what I do. Grab a cup and let's go!

Here is all you need to know: Ajit Pai who heads up the FCC has said that the common carrier provisions used to ensure net neutrality is “last-century, utility-style regulation” that injects uncertainty into a market now dominated by broadband. Pai, who says he supports an “open Internet,” believes that less regulation in this area is more beneficial to market growth.

Less Regulation = Market Growth - Where have we heard that before? Let's see, education, health care, consumer protection...and even the automotive industry where I remember them battling against seat belts and air bags because "those regulations would hamper growth". No matter if the public wanted them. They care not and soon we'll all be paying more for...less. 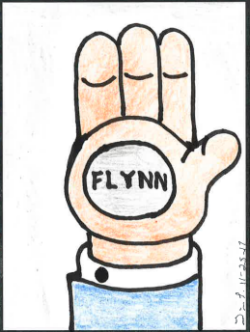 Perhaps one of the most interesting of tidbits to come out last week was the fact that former national security adviser Michael Flynn and his team of lawyers are no longer communicating with the "hot mess" of attorneys representing "45" and others in the White House. The speculation is that Flynn has "flipped" and is now cooperating with the Mueller investigation. No doubt the people at 1600 Pennsylvania Avenue are sweating just a bit. Flynn, who was on the job for a bit over three weeks had long ties to Russia before he joined "45" in the campaign. This truly is bigger than Watergate...much bigger. One has to wonder what "Twitter Storm" will be coming to try to obfuscate what is going on.  Did Flynn flip? The bet is, according to our contributing cartoonist Tim Lloyd...he has. (Cartoon - Tim Lloyd)

We came across the memo to "45" yesterday, "No, President Trump you were not being considered as "Man of the Year" or even "Person of the Year" because you need to be either a man...or a person. Clearly sir...you are neither." - You are welcome.

On Saturday former Obama photographer Pete Sousa taunted "45" by sharing 15 Time covers on Instagram that featured President Obama and/or Michelle Obama with the caption, "Someone has a lot of catching up to do!" If you would like to see those covers and the story here is the link to The Hill. But, come back...OK? Here is a headline for you, "Dem Lead in Generic Ballot Worries GOP". It looks at what is happening as more and more people come to grips that Republicans do not have their best interests at heart...and never have. According to RealClearPolitics Democrats have a 10.7 percent lead in generic congressional ballots. Couple the sinking popularity of "45" with the doubts that Congress is doing anything right for working American families and this is what you get. Now the work that must be done on the local level is take advantage of this discontent and turn it against every governor and GOP controlled state legislature. It worked in Virginia and it can work in Iowa and where you live. But we've got to work it...now!

The numbers are in and they ain't good. The U.S. Bureau of Economic Analysis reported last week that Iowa, under total Republican control, is dead last among the 50 states in economic growth. Dead...last. Iowa growth in the second quarter of 2017 was -.7 percent. The Kim Reynolds (R-IA) administration says "hey, not us" and blame the low commodity prices. But you already know that is only a fraction of the issue. The real issue is the total 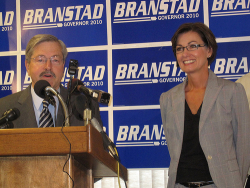 mismanagement of our budget. The Republicans were handed a nearly $1 billion surplus in 2013 and today they admit they can not balance the budget without huge cuts in services, education, health care and they also needed to borrow $144 million at the end of the budget year.  As Rick Smith wrote in The Iowa Starting Line, "One wonders if former Governor Terry Branstad (R-IA) didn't foresee the budget mess he and Reynolds were creating and decided to abandon ship and take the China gig."

And, still you want to bring these goofballs back to the legislature so they can continue to wreck havoc on us? Oh...and if you want more of the same look to the Iowa Legislature to cut out the $157 million in "back-fill" dollars they promised to our communities when they did the "tax shift of 2012". You remember, they reduced taxes on commercial property so taxes went up on your personal property. That little "act" was supposed to drive down rental costs...nobody that I know saw a reduction in their commercial or apartment rent. Nobody.

Lies...and we need to send them all packing.

Oh The Lies, They Keep on Rolling In 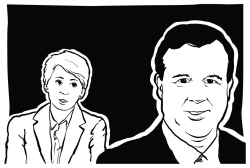 increasing public pressure, the internal report on sexual harassment going on in the Iowa State Senate. And...WOW! Earlier in the week Dix was on the radio telling Iowans that "everything was fine" and there are no more issues with sexual misconduct under his watch. Except he is lying. Senate staff have reported ongoing unwelcome sexual comments some as recent at the 2017 legislative session. Worse, senate staffers said, in the report, they fear naming names because of retaliation by leadership. And, whom might that leadership be? Yep, the same guy who is insisting Kristen Anderson, who won a multi-million dollar settlement from the State Senate (and you are paying it thought your tax dollars) because of sexual harassment, was fired because of work performance. (Image - From Little Village credit to illustrator Blair Gauntt)

Please remember when you see a state legislator who is from the Iowa Republican Party open his or her mouth to speak they will be lying. The die has been cast.

Yet Democrats Lose the Rural Vote

This week Jason Noble from the Des Moines Register shares the story about how Rural Iowans have turned off the Democratic message. For them it seems like nobody is listening to their woes and that Democrats seem content to focus on only urban issues and leave Rural Iowa to swing in the wind. That, my friends, is what happens when the GOP out performs when it comes to messaging. If you look at the message coming from the Iowa Democrats it should resonate with rural voters where poverty, food insecurity and health care lag. Yet the Republicans have convinced our rural neighbors that we want to dismantle their way of life and 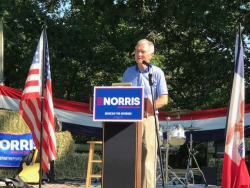 are only concerned about people who are "not like them". Nothing could be further from the truth. But the truth does not matter when the "message" the GOP is flinging hits the barnyard.

But, that is turning...and turning quickly as John Norris and others make rural a center piece of their stump. If we are going to win in Rural Iowa we need to take a page out of the book being written by Norris who has deep, deep rural roots as well as an understanding of winning in the urban areas. When announcing, this former USDA staffer, was quick to say he was focusing on Iowans living outside of our urban centers...first. That's smart and effective.

Coming up tomorrow is the Democratic Fall Gala with featured speaker Alec Baldwin. BTW, I 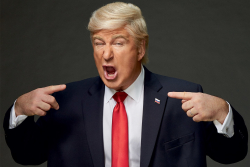 am told it is sold out. There will be no lack of "45" bashing going on but my main interest will be to take the temperature of our state and local politics. I'll be seeking out House and Senate candidates and party officials as we look toward 2018 and beyond. Serving on the Polk County Democratic Central Committee has been enlightening. However there are interesting things happening across the state that begs attention. If you are going...let's hook up for a brief conversation. Love to know what's going on in your world as well.

Not to telegraph too early but following my recent adventure into city politics I'm itching to go to work again. I've come to believe, over the many years of being active, that public service is still a noble endeavor.

Dems are not just being opposed by the Repubs in rural Iowa, but also by the Farm Bureau. Their FB Spokesman weekly newspaper keeps their members in almost constant contact with whatever issues the FB wants to promote. To get the newspaper you have to be a Farm Bureau member, and you have to be a member to get the FB insurance, insurance anybody can get.