We have snow in Des Moines. No, really, and folks are waking to the reality of shoveling a bit, sliding into telephone poles and humming

White Christmas. Welcome to Sunday Morning Coffee (and you thought I'd take the day off) my look at stories you may have seen or, perhaps, missed all laced with my commentary. No time to spare...let's get started.

This morning, when I opened up my Twitter page (@MichaelLibbie) I saw this quote from Rev.Dr. Barber, "The first Christmas was celebrated in a stable, because there was no room in the inn for Mary and Joseph. Today North Carolinians celebrate the holiday season by standing with those pushed to our society's margins because of where they were born. Undocumented and DACAmented students in NC are not eligible to receive the same educational rights as others. Instead, they must pay prohibitive out-of-state tuition, sometimes four times as much, although they have lived and paid taxes in NC most of their lives. During this holiday season, 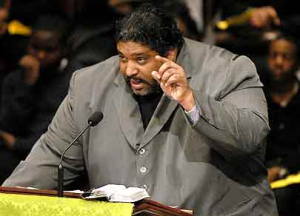 we demand equal education for all!"

"Every extremest politician be they Democrat or Republican and every silent clergy person forfeit the right to claim that we love God and we celebrate Christmas until we, as a nation, do right and just to immigrants and refugees. We forfeit the right to claim to know what Christmas is all about. To claim there is no room in America for immigrants whether they be students or otherwise is as immoral, as inhumane, as sinful as it was when no room was first said to Jesus, to Joseph and to Mary. Making children's lives uncertain, making human beings lives uncertain, making immigrants have to find sanctuary in churches, just to be safe, because of their race, because of their immigration status is as un-Christian and un-Christmas-like as the actions of Scrooge in the Christmas Carol. America is a nation of immigrants and former slaves and America will never fully prosper until we do right by all of her people."

While you are wishing friends and family "Merry Christmas" it might be fitting and proper to consider Dr. Barber's words. But, enough joy...let's move on. 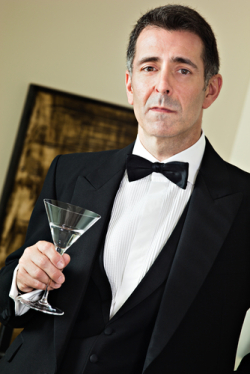 Just hours after "45" signed the tax cut bill he, according to two people who were at the event, told friends gathered at his Mar-a-Lago resort hours after signing the Bill, "You all just got a lot richer".

This was what it was all about. Massive wealth headed toward already wealthy people while our children go hungry. Our roads decay. Our people work for low wages all so that those that have...get more. Merry Christmas...

This morning Sen. Bernie Sanders (I-VT) said that "45" should, "stop bragging" that more Americans are losing health care insurance as a result of the GOP Tax Law. "Instead of bragging about more Americans without health insurance, we should join every other major country on Earth, guarantee health care for all people and end the absurdity of paying twice as much per capita for healthcare, as every other major nation," Sanders told CNN's Jake Tapper on "State of the Union.

He is so right. What is it with the absurd notion that health care is a privilege and not a right. At some point in the future people will look back on this entire thought process and damn us all for believing it is OK for us to not care for each other.  Oh, have I wished you a Merry Christmas?

It's All Bullshit...All of It 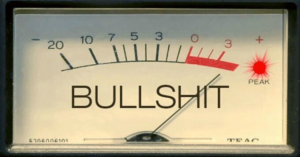 Business groups in Iowa are lining up their wish list for the 2018 legislative session and at the top of each is a plea that the politicians who will gather for the opening session on 8 January will lower the corporate tax rate because, "It sends a signal to businesses that we don't want you in Iowa because we're gong to tax the hell out of you." It is all bullshit and know what...they will lower the tax rate for corporations in Iowa and then stick it to you by cutting services, education, medical care, roads, public safety. You name it it's all on the chopping block.

Oh, but you love your elected leaders because twice a year they will attend your event, smile and be nice. Just so you know, that too is all bullshit. Sorry to be so angry about this but it is true. People like Sen. Charles Schneider (R-West Des Moines) do not give a rip about anybody other than those who tug on their leash. And there will be plenty of tugging going on come January.

When the hell are you people going to demand that these people must be kicked to the curb? They have made a disaster out of our state budget. They have decided that $7.25 an hour is a living wage. They have done their damnedest to break collective bargaining. They have stuck it to homeowners with their commercial property tax shift...and you all seem to just sit back and take it.

True there are "pockets" of resistance. There are some principled and progressive people who have organized but we need more of you to join us. Put away the smiles and get angry at the way we are being raped. Merry Christmas...

This past week I attended several political functions. The Polk County Democrats held their central committee meeting on the same evening that Sen. Janet Peterson (D-Des Moines) held a fund-raising holiday party. I was able to make both. The mood at the holiday gathering was truly upbeat. Over at the central committee meeting folks left saying they may have to stop coming because of the rancor displayed there. People, we have work to do and it is time to put away the knives. I swear...we love to eat our young. 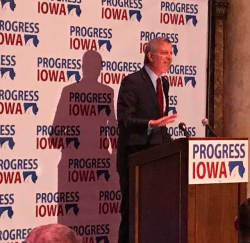 Mayor Bill de Blasio (D-New York) was in Des Moines for the 5th Annual Progress Iowa Holiday Gathering. (I believe I have been to every one over the past five years.) He then made a stop to meet and greet some Polk County Democrats at The Republic on Grand. New York is a world away from Des Moines and seeing the mayor with a staff of three people and an added security detail drove that home. I was asked about my community and when I said that Windsor Heights had five city council members, all of whom are either registered as Democrats or tack left, and that we elected a new mayor who favored the Tea Party I was asked, "How is that working out?" I don't know mayor...but let's catch up in six months. It should be interesting.

Congratulations to ISEA President Tammy Wawro who received a Progress Iowa Award for her work to assure collective bargaining rights for teachers across the state. So many friends there including Rep. Mark Smith (D-Marshalltown) who told the gathering, "We are going to be competitive in all areas of the state in 2018. If you want to run for office, come and see me!" Sen. Janet Peterson (D-Des Moines) also fired up the crowd by saying she is looking forward to gaining more Democrats in the Iowa Senate and spoke about the close election in NW Iowa as a sign we are gaining the attention of thinking Iowans.

Thanks for reading and, oh yes, Merry Christmas!