Remember when there were "slow news weeks"? That, clearly, is no longer the case. Welcome to Sunday Morning Coffee and some of the

news stories you've seen and other that, perhaps, you may have missed. All, however, are laced with my commentary. Sometimes fun often serious. My name is Michael Libbie and allow me to serve you up a hot beverage on this cold February Morning. And, sorry, we're out of cream. (You can click on the images to enlarge. If ya want.)

So now "45" wants teachers to, among other things, roam the halls of schools packing heat. But, before they do so they need to go to school to learn tactical training, firearms safety and take part in defensive/offensive maneuvers. I'm sure they will get right on that immediately after they tend to grading 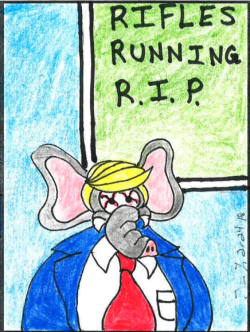 papers, preparing schedules, dealing with sick kids, teaching, buying their own school supplies, absent family members, helicopter parents and the list goes on and on. All while being paid less than anybody roaming the West Wing...way less. Every day that goes by brings our nation to a lower standard in the eyes of the rest of the world. As our Sunday Morning Coffee cartoonist, Tim Lloyd suggests, "It seems the 3-R's have changed".

It's time to call out the terrorists. The real terrorists. The NRA has been party to the murder of more Americans than any terrorist organization on the planet. And, the "lap-dogs" in congress are just as guilty. Last week, as the nation was still reeling following the murder of 17 people in Parkland, NRA Vice President Wayne LaPierre went on the offense and against anybody (including the kids who survived the massacre) advocating for gun controls by saying, "...they don't care about children. They want to make us all less free!" That bullshit is...well, bullshit. But, let's take him at his word. You would think that the most free state in the Union would be Florida. After all it has some of the loosest gun laws in the nation. It's that "freedom" that took out 17 people in Parkland and 49 people in Orlando in 2016 and 5 people at the Ft. Lauderdale shooting in 2017. In two years the freedom loving folks of Florida have seen 71 people murdered...but at least they were free. How sick...

Meanwhile while "45" and Wayne's congressional lap-dogs push back against common sense corporations are exacting their own vengeance on the NRA.  It started on Thursday in Nebraska where the First National Bank of Omaha severed their relationship with the NRA. Then others followed suit: Enterprise Holdings (Enterprise, National & Alamo rental cars), Lifelock parent company Symantec, MetLife, Hertz, North American Van Lines, TruCar, Delta Airlines and United Airlines. And it's only Sunday.  The NRA is pushing back saying the vast majority of law abiding members should not be punished because of the failure of schools to protect their students. How sick is that? Let us blame the victims. But, I'm sure you faithful NRA members agree. Weary... 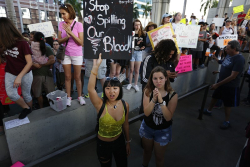 It's really pretty simple. You are either for the kids or against them. Today and every day students from across the nation are doing what adults have failed to do. Demand and get action on gun controls. Sure "45" was reading from the NRA script last week when he was talking about "bump-stocks' but there is more. Students are confronting NRA Lap Dogs like Sen. Marco Rubio (R-FL), Sen. Charles Grassley (R-IA) and many more. Getting into their face and calling them what they are. "You are either for us or against us..." And the cowards stammer. It ain't over folks. In fact, it is just beginning. (Photo Credit - Associated Press)

It seems that China has taken a page from the Iowa Political Playbook. No sooner does Terry "Governor for Life" Branstad become Ambassador to China than the government there is going to alter their constitution so that that nation can do away with the two-term ten-year limit on the presidency. This, of course, will allow Branstad Buddy Xi Jinping to stay in power, perhaps, indefinitely.  Iowa values reaching all the way across the Pacific. How very nice. 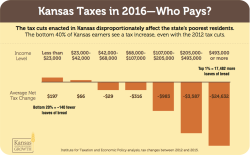 I'm going to propose that as the new state motto given the fact that Iowa must enjoy being broke. Soon those will be the second words you see as you enter the Hawkeye State. The first words? "Road Closed - No Money". Last week State Sen. Bill Dix (R-Shell Rock) announced and passed out of committee, with zero public comment, a massive tax reduction bill saying it will give businesses the money they need to expand and allow Iowa to become more competitive in securing corporate expansion. Oh, and yes, there is also a reduction in personal taxes. So, here is the game: You, some of you, and every business in Iowa will pay less in taxes (this at a time when the state budget is in shambles) and that will spur economic growth and spending like we've never before seen. Uhm....no. It doesn't work. It has never worked. Supply-side economics says that economic growth is stimulated by cutting taxes and regulations. On a national level that increases the national debt. But, guess what? In Iowa we must balance the budget. There can be no "budget deficit". So, what Dix and his brood are telling you is, "Get ready folks we're gonna cut the hell out of programs that deal with people so we can stay true to our masters over at Americans for Prosperity." Who is on board with this? Every pro-business group from the Iowa Association of Business & Industry to the Greater Des Moines Partnership to the Iowa Farm Bureau Foundation. Get ready...bumpy road ahead.

Not sure if this is on your radar but it should be. On 14 March the Des Moines Civil & Human Rights Commission will present a full day session designed to offer ideas to eliminate racism, promote inclusion, create just laws and understand local poverty and economics. (See above...) It's going to be held at Des Moines University in the Student Education Center. Registration is just $4 and includes breakfast, lunch and more. Here is the link to register. 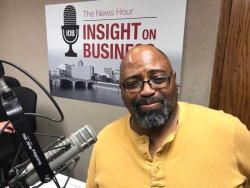 I'm really having a hard time with this. Tomorrow I'll attend the funeral of my friend Jonathan Narcisse who died last week at the age of 54 from a massive heart attack. While we differed on many items we were together on so many others. Jonathan railed against poverty, racism, inadequate education, lack of vision, lack of action and conventional/safe politics that he said was destroying our youth and our future. Jonathan was loathed by the powerful and loved by the powerless. He was the grit that rubbed raw the soul of those who believed in the status quo. I worked with Jonathan on several projects and his astounding memory of the behind-the-scenes activity of powerful people never ceased to shock and dismay me. To silence his voice and his passion is a cruel cut to humanity...all humanity. The week before he died we talked of yet another project and how we might work together to dispel the darkness and shine a light on goodness. I will miss him. We all will, for we have been robbed of the richness that was his life. To honor him is to continue the fight.

Thanks for reading...and have a thoughtful Sunday.