It's "crunch time" in America. In many states voting has already been underway and the number of people going to the polls early is

stunning. Motivated by the belief they can make a significant change in the direction of our nation people are voting. But, it will take every one of us, leaving none on the sidelines, to alter the course of the United States. And, make no mistake this isn't just about the mid-terms for D.C. this is for the soil and water commission, the county auditor, state legislature, governor and yes...congress. If you give a damn...knock doors, phone call...and get out the vote. Don't wake up to disappointment on November 7th. Sunday Morning Coffee is served.

On October 2nd a journalist who wrote for the Washington Post entered the Saudi Arabian Embassy in Turkey and by accounts from the Turkish government was beaten, tortured and dismembered. The Saudi government said, after he was reported as "missing" that he had 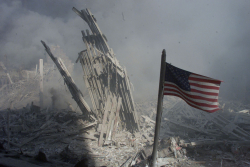 left the embassy. Lie. Then they said they didn't know. Lie. Then they finally, on Friday, said he died in a fist-fight. Lie. Meanwhile "45" is playing along. Why? Clearly Jamal Khashoggi is "an enemy of the people" and that is reason number one. The second is money. When pressed "45" told America that "we have lots of business relationships" with Saudi Arabia. And, as late as last night "45" praised Crown Prince Mohammad bin Salman as being a "strong person" with "very good control".

But it's all about the money. People with a memory might recall that this "great friend to the United States" was the "mother-ship" for the terrorists who took the lives of 2,996 people on September 11, 2001. Now that Mohammad bin Salman has given women the right to drive he is a "great reformer".

While you were painting your nails or turning a wrench Canada legalized recreational marijuana. Just thought I'd throw that in. 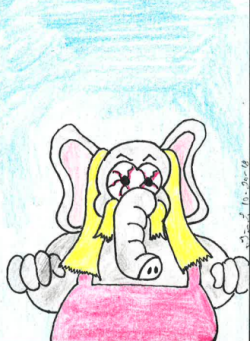 There is a new book out by the former White House Photographer Pete Souza. "Shade: A Tale of Two Presidents" looks at the reality of Presidential contrasts. The book contains over one-hundred images of President Obama alongside tweets, news headlines and quotes that have come to define the current occupant of the White House. The contrast could not be more clear. Yep, we have the book.

Meanwhile "45" goes to Montana where he delights the crowd with his crowing about a candidate there "body-slamming" a journalist. You see, it's all normal. All of it. Normalize bad behavior and people think it is fine to "grab pussies", "punch the bum" and "body-slam" journalists.

Real class you have there Trump Nation. As our friend Tim Lloyd draws...Hulk Hogan might have more class.

There are lots of things I'd change about Iowa. We, at one time, had a national test named after our state. We, at one time, welcomed people who didn't look or sound like us to live among us. We, at one time, had principled and thoughtful people representing us in Congress. Republicans like Dr. Greg Ganske or Jim Leach went to Washington and, while I may not have always agreed with their position, they were dignified representatives of our state.

Now we've got Congressman Steve King (R-IA). What the hell is the matter with you people in the Fourth District? Like "45" this guy can do and say anything. Even support a white nationalist for the Mayor of Toronto who recently has claimed that Canada is going through a "white genocide".

I know many of you respond to the tactics of fear. I get that and you think by voting for this guy you will be safe. What the hell is the matter with you people?

Today J.D. Scholten is traveling with Sen. Bernie Sanders (I-VT) and there will be some major crowds. They will be in Fort Dodge at 10:30am and in Ames at 3:00pm. Now, if you all get people to go vote...that would bring a sea-change and it just might restore some dignity to Iowa.

This weekend (Friday and Saturday) I was in Mason City, Iowa at Adas Israel for services and for a Torah Study. On tap was the Torah Portion Lech Lecha ("go for yourself"). It is in the Book of Genesis chapters 12-17. It is called Lech Lecha because in the first sentence God tells Abraham to "go for yourself" to a new land. Get the hell out of this rotten place and create kindness.

In the two hour conversation the group never got more than three sentences into the reading and the discussion about who Abraham was, what he did and how that impacts us today.

Now in my 31st year of leading that congregation this past Shabbat was amazing. From naming babies to listening to people talk about kindness and what God calls on all of us to do.  Pretty cool.

Did I mention that Canada legalized pot?

Gotta go...softball today. Have a wonderful Sunday and thanks for reading.  And...be nice?