I know, and you know, where the hate comes from. There are consequences to words especially when those words are uttered by people

in positions of power. But, this isn't about the current occupant of the White House...this is, sadly, about you. Welcome to Sunday Morning Coffee, thanks for coming by.

Not sure if you've every read him. But, early this morning a friend tweeted, "This isn't about Donald Trump, this is about you and it is so true." So I went to the link and read what Pavlovitz wrote back in April of this year.  It is stunning. Here is just part of what he says as he writes to a "Trump Supporting Friend" as he says, "This is about me, and you... 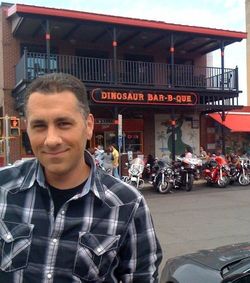 "It’s about my disbelief at your sudden tolerance for his infidelity, his cruelty, his intellectual ignorance, his immorality, his disrespect for the rule of law, his alliances with dictators—things you once claimed you could never abide in a leader.

It’s about my incredulity at your surprising resentment for marginalized people; for your inability to muster any compassion for those who are hurting or frightened or threatened."

And, there is more:

"It’s about my amazement at your capacity to make your faith so pliable, that you could amen a compulsive liar, a serial adulterer, a fear-mongering bully; a man in nearly every way antithetical to the Jesus you’ve always said was so dear to you.

It’s about my sickness seeing you excuse away his coddling of racists, his public attacks on the FBI, his impulsive firings of Cabinet members, his Tweet rants against individual citizens and American companies."

If you would like to read the entire piece here is a link.

It's been a tough week as two more home-grown American Terrorists took out their twisted logic of what America is, should be or has become and flooded the news cycle. Houses of worship have been a favorite target of these American Terrorists. Churches, a Sikh temple a Jewish synagogue a Muslim mosque... Next in line are schools, public gatherings...the list is long and getting longer each year, month, week.

While politicians focus on the flooding our minds about fearing minorities...minorities are murdered at alarming rates.

Who is doing the killing? Terrorists who are Americans. While you're thinking about that what are you doing about it? Where is your courage to stand up and call out hate speech and hateful acts?

Just this month anti-Jewish leaflets were plastered all over Des Moines, Iowa.  Des Moines for cryin' out loud. One of the whitest most Christian places on the planet. And, while some business and civic leaders called out the terror for what it was. Others, too many others, were silent.

Worse yet when a Christian Church, in a very white neighborhood, displays a sign that says, "Black Lives Matter" the spokesperson for the Des Moines Police Department takes offence and says the sign should read "All Lives Matter". Marginalizing the reality of the message that African Americans continue to be killed at an alarming rate...many at the hands of police officers. 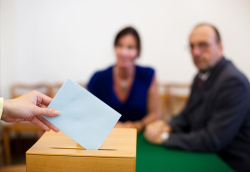 We are now nine days away from election day. Yet, many...so very many have already voted. Beyond the congressional elections it's most interesting to be "out in the field" talking to voters at their doors. What I've found is that most of the people I've come in contact with are weary of inaction and efforts to contain rather than free people to make choices.  This is what I'm hearing and no, it's not all from registered Democrats:

Yes there are other issues. Things like voting rights, equal protection for LGBTQ individuals, abortion and race relations. However, unless the people I am talking with are really into politics those issues don't rise to the top.  Just thought you should know... If you are interested we've done a number of candidate profiles over the past several weeks. And, yes they are all Democrats. You see this election is not so much about persuasion of turning the hearts and minds of Republicans this is about getting out the vote. You can click on any highlighted name for that conversation:

Coming up over the next several days you'll hear from Iowa Senate candidate Amber Gustafson who is seeking to become one of the many women in Iowa running for the State House, Heather Matson running a tight race for the Iowa House from Ankeny, Gov. Martin O'Malley who has been in Iowa so many times I asked him if he had his drivers license here and Sen Amy Klobuchar (D-MN) who was back just this past week.

I really should have started these profiles a year ago...there are so many that I have missed but the focus of The Business News Hour isn't politics but...well, business.

I have been honored to have had the opportunity, since 1986 to lead two Jewish congregations. Beth El in Fort Dodge, before it closed in 1996, and currently Adas Israel in Mason City...both in Iowa. I have also served as the president of the former Orthodox congregation Beth El Jacob in Des Moines. To be honest with you I have always feared what happened this past Shabbat (Sabbath) in Pittsburgh. Sure, during the holidays of Rosh Hashana and Yom Kippur we would have armed police at the door for Beth El Jacob...but that was only twice a year.

I think back to several incidents of anti Jewish events. Like the time, in Fort Dodge, when a ham was thrown against the front door of the synagogue with a note saying, "Get out of town you filthy Jews!". Or the threatening phone calls that were made to the president of the Mason City congregation just last year. Or the time when a board member of a client of mine said, "Had I known you were a Jew we wouldn't have hired you."

Yeah...that. Some of these events go back three decades. It's not something new but it is something that bubbles under our society and 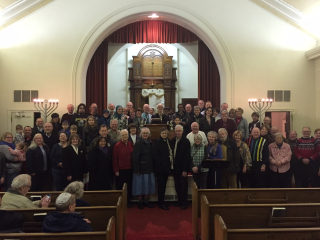 many others waiting for the opportunity to strike.

So, I am grateful for the people who offer their support. To the dozens of multi-religions who just showed up at a Sabbath service in Mason City to express support for the Jews there. (Photo) For the Iowa Interfaith Alliance and Connie Ryan who has been an outspoken friend of all faith groups. To my friend Rep. Ako Abdul Samad who talks about unity and peace at every turn. To Dr. Mark Finkelstein of the Iowa Jewish Community Relations Commission for his efforts at bridging the gap between knowledge and ignorance. To Rabbi David Kaufman who has championed education and understanding among people of all faith groups. To Tom Henderson and Matt Strawn founders of Iowans Supporting Israel. And, yes, I know I'm leaving some out and I am sorry...there are many who rise up against hate and we are grateful.

At least we are trying.

Thank you for reading...

I knew today’s writings by you would be important and heart wrenching. And although my heart is broken by another week of havoc, death and destruction, I take solace in the fact that there are good people.
I will choose to see the good and not the bad and work toward the hope that good will prevail.

Unfortunately I am old enough to have witnessed too many similar situations such as what took the lives of 11 warm hearted people. It’s my belief that people who predicate these heart wrenching disasters have lower IQs and low self-esteem. They envy everyone for the slightest reason. I certainly am not in the mood to forgive them for my part they can rot in hell!