It's called a "cooling off period". Last night in a highly watched dinner between the United States and China the two countries agreed to a

90 day truce. That means that the 25% tariff on $200 billion of Chinese made goods will not take effect on January 1. Sorry, not what you expected from Sunday Morning Coffee but, it is big news.  OK, we're in December let's get into it!

There is new found energy following the guilty plea of Michael "The Fixer" Cohen. The admission by Cohen that he lied about his efforts to help "45" build a swanky high-rise tower in Moscow contributes to a growing body of evidence that people in the highest places of the campaign were in bed with Russia. And house members are now wanting Cohen back to face congress.

Congressman Adam Schiff (Calif.), the top Democrat on the House Intelligence Committee, said that in addition to wanting Cohen to testify again, this recent development warrants further scrutiny of Russia probe-related congressional testimony from other witnesses. And, those "other witnesses" include just about everybody connected to "45" and his campaign...including family. This will now get even more interesting. 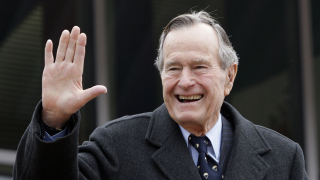 Time heals. For those of us who have been around awhile we remember the 1988 GOP presidential primaries. It was nasty. There were eight candidates including the sitting Vice President George H.W. Bush. Of course Bush went on to win but that primary season was electric with televangelist Pat Robertson taking second place in the Iowa Caucus behind Senate Minority Leader Bob Dole (R-KS).

President Bush, who died last week at the age of 94, leaves a, mostly, fond recollection of his one term in the Oval Office. A war that was in and out. A tax increase that wiped out a staggering deficit and created a surplus. The Berlin Wall came down, NAFTA was signed into law and he had Sen. Dan Quayle (R-IN) as his Vice President.

I'll not go into all the successes and failures of Mr. Bush. But, one thing does stand out, especially in light of where we find ourselves now. President Bush was a good human and the public reacted to that giving him, in 2008, an approval rating of 60%. In 2016 President Bush said that he had voted for Hillary Clinton.

A National Day of Mourning will take place this week on Wednesday, 5 December. 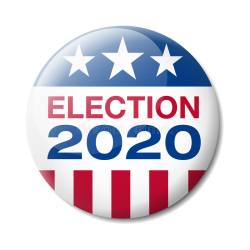 For those of us lucky enough to live in Iowa and enjoy politics it's about to get very, very busy. Already Democratic Presidential campaigns are hand-picking Iowans to work in and on Iowa voters leading into the 2020 Iowa Caucus.

In addition sightings of presidential contenders will begin to multiply over the next several months. Already at least three campaigns have staff on the ground in Iowa with more on the way.

What is neat, if you are into this sort of thing, is that here we actually get a chance to talk with the people asking for our support. Tell that to folks living in California, Michigan or New York and they think it is a fantasy. Here we get to talk policy over a cup of coffee or a beer at a local watering hole. OK, so I'm a geek. 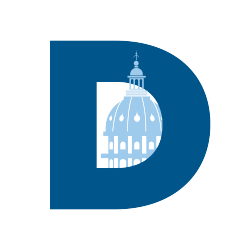 Yesterday I was in a leadership meeting of the Polk County, Iowa Democrats. What was to have been the final, and quick, Community Leaders Meeting lasted nearly 2.5 hours as we discussed what worked in November and what needed work. The most stunning report came from Mary McAdams of the Ankey Area Democrats who went into detail about how that community group organized a very successful voter turnout which resulted in the election of Heather Matson to the Iowa House.

For those of you not "in the loop" Ankeny, a suburb just north of Des Moines, is supposed to be a very, very Republican area. Where, for years, GOP candidates faced little to no opposition in elections both partisan to non-partisan. That has changed and much of the success is HOW the democrats there organized and got the work done. While McAdams credits others it is clear that the strategy she employed resulted in more people becoming involved and working on behalf of the candidates. At the same time the people who became volunteers have continued to meet and plan moving forward.

This is happening in community groups all across Polk County and that is being noticed by county leaders in other parts of the state. Look for a general "blueprint" at some point in the future. And, believe me...this is not something that is being pushed by anybody. It is, however, something that can be of great help in organizational efforts across Iowa.

This is going to be short...but I wanted to share with you a personal reflection of President George H.W. Bush. It was in the fall of 1987 and for some reason, and I can not remember exactly why I was there, I attended an event at the then convention center in Des Moines. Back stage was Vice President Bush. He was talking to a group of people he was traveling with. Being a shy sort of guy I walked up to the group, waited for an opening and introduced myself. Mr. Bush was not in a good mood. After a short interaction Mr. Bush looked at me, his hand on my shoulder and said, "Let me tell you something. Pat Robertson is a no-good son of a bitch!" There were several other expletives thrown in. I was shocked...no, really. Here this very mild mannered New England guy who, if you remember, had kind of a weak voice suddenly became like a real person. He was angry yet very determined.

My impression of him changed in that short exchange and I watched as the primary season unfolded and he won the nomination. That's what I mean by being an Iowan who gets to have these exchanges with candidates and in the most unlikely of places.

Thanks for reading and if you are celebrating...Happy Chanukah!  We light the first candle tonight.

Mr. Libbie, Thanks for the George Bush story. Love it.

I am also interested in hear more about the successful campaigns like Heather Matson's and Karin Derry's, candidates who won in Republican districts, or against sitting Republican incumbents. We need to celebrate our successes and replicate what works in other districts. Thank you.

Hello David...I think Polk County is working on some sort of "blueprint" that worked. One of the amazing things from the report we got from Ankeny was how they built systems and then gave people opportunity to just follow the systems in place. Postcard writers became callers who then became door knockers or drivers...it was pretty well done. I'll let you know and thanks for reading! - Michael