Long before daybreak the smell of coffee wafts through the office and I get to write Sunday Morning Coffee. Some of the stories here you

may have seen others perhaps not but, all are laced with my commentary because...it's Sunday morning.

If you have not heard this NPR program you really must. Snap Judgement is a weekly story-telling radio hour that comes from the studios of WNYC and is hosted by Glynn Washington. It's hip, funky, pointed and fun. This past week there was a story about a guy who was fed up with the many problems in his city from potholes to police so he decided to run for mayor. "I wanted to speak out but who knew all I would have to do was spray paint myself orange and start talking nonsense..." Clearly a reference to "45" but I think he captured the essence of our president.

Well, this should turn out just fine. Yesterday "45" said he was cutting off aid dollars to El Salvador, Guatemala and Honduras because, "They are not doing enough to keep their people in their country rather than invade the United States." As usual "45" is clueless regarding the details of the funding sent to Central America. The money does not go to those governments, that happen to be the poorest nations in the hemisphere, it goes to NGO's (Non-Government Organizations) in an effort to improve the lives of people living there. Taking away the support will only intensify the problems and cause even more people to flee. But, don't bother him with details...it's not his strong suit.

That and he is now telling us he is going to close the border, again. Those brown people who speak a different language really do get under the skin of you MAGA folk.

Let's move on to something more cheery shall we?  Last week "45" announced, much to the surprise of his party, that he was directing the Justice Department to work toward eliminating the Affordable Care Act and putting up a program that was going to be, "Much, much better and people will like it alot."

Haven't we been down this path before, like dozens of times before? There is no plan to "replace" Obamacare. None. So what "45" has just told you is that he wants to kick the remaining people, millions of them, off a health care system that he and his party have been trying to dissolve for years and years. Let's not FIX it...let's just let it die.

More fuel, my friends, for a single payer system. You folks at Wellmark best take heed...days are numbered. 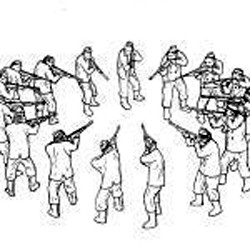 Speaking of numbered days Democrats eat their young which is why they will lose ground in 2020. Last week the "big tent party" decided to shrink itself to a phone booth when the Democratic Congressional Campaign Committee pushed out a new policy to "black-list" any consulting company who choose to work with Democrats attempting to primary sitting Democrats in Congress.

Still smarting over the defeat of long-time congressmen by Rep. Alexandria Ocasio-Cortez (D-NY) and Ayanna Pressley (D-Mass) the DCCC is seeking to sideline liberal activists who actually want to go to D.C. to accomplish a sweeping agenda of reform. In response Ocasio-Cortez and Pressley urged "small donors" to hold off on their contributions to the DCCC. 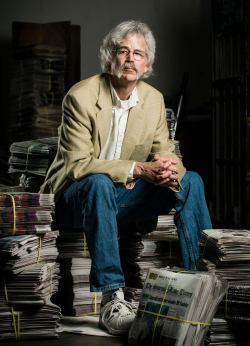 I didn't go but read the report in the Des Moines Register. "All the declared candidates for president criticized the role of giant agribusinesses for advancing climate change, killing small towns and closing small- and medium-sized farms. Each pledged to reinforce or redesign America's antitrust laws that would prevent large corporate mergers like Bayer-Monsanto's, which gives the company control of a quarter of the world's seeds and pesticides market."

I read it...a couple of times and failed to see anything about trade or health care or infrastructure. Maybe they talked about it...maybe not. But they did talk about mental health and guns and immigration and corporate farming.  If what I read was accurate give the event a "C".

On Friday we got word that UnitedHealthcare was leaving the State of Iowa and the 425,000 Iowans enrolled in the for-profit health care system fostered upon us with a stroke of the Branstad pen. Yeah, that...without thought, without planning, without input. Bam!

But, that is history and if we know anything about history it is never wrong.  So, why did UnitedHealthcare decide to leave?  Not making a large enough profit. It didn't take the new CEO Alissa Weber, a numbers person, long to make the move. She was named CEO in January and by July they are out. 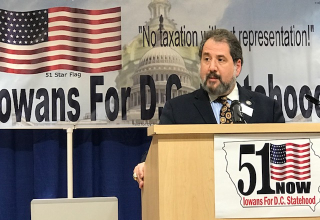 Bet you didn't know that there is a place in the United States where 700,000 people are not represented in Congress. That might not mean much to you but think of this for a moment: Wyoming has congressional representation so too does Vermont and they have less people in those states than those who live and work in Washington D.C.

So supporters of D.C. Statehood are ramping up their call to allow the area to become the 51st state named, New Columbia and it's full on here in Iowa because of the Iowa Caucuses.

Sen. Paul Strauss was elected to serve the citizens of Washington D.C. back in 1996 however he is banned from casting a vote in the U.S.Senate. He can not sit on committees...nada. He is a "shadow senator" and something about all of that just seems wrong. I sat down with Sen. Strauss last week for The Interview. If you would like to listen here is that link.

One other thing: Rep. Steve King (R-IA) is against statehood for D.C. and has railed against the idea. THAT fact should make it a no-brainer for Rep. Cindy Axne (D-IA) and Rep. Abby Finkenauer (D-IA) to sign on the H.R. 51 the D.C. Admission Act as co-sponsors but that has not yet happened. Meanwhile 86% of D.C. voters approved a measure in favor of statehood back in 2016. Maybe it's time. 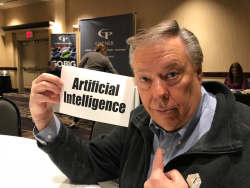 This week I board a plane and head to New York to address the New York Press Association at their annual spring convention. So, what is a marketing guy with a zest for broadcasting doing talking to folks in the newspaper industry? Simple...I believe in a free press and a public that supports a free press. If there is a way I can help them better understand the tools they have in their pocket to gain readership and revenue I'm in.

I'll be joined by many other speakers so I've got to bring my "A-Game". Looking forward to it...and you, sorta, get to come along. I'll be doing Insight on Business the News Hour from there so hope to share what is going on to our broadcast audience.

Yesterday we went to the Des Moines Art Center for a guided tour from a new Art Center Docent and friend Carla Pope. I wasn't quite sure what a docent is...but learned it is a "volunteer guide".

I'd not been to the Art Center for several years and it was a wonderful 90 minute visit...with so much to see and experience. The stress 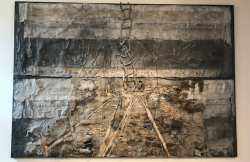 level went to zero and it was great to learn and imagine. Also, the place was packed...the restaurant, Tangerine, was busy. It was a great adventure. Oh...and it's FREE to go.

The most impactful piece I saw was this work done by Anselm Kiefer a German artist born in 1945. It, I think, offers images of concentration camps, the Berlin Wall and a dark period in Germany. That was my read...you may have something very different which...is the cool thing about art. We all get what we get...when we go.