You too huh? THAT was a short night...Welcome to the 10th day of March! The coffee is on and much to share. Some of these stories you

may have seen others perhaps you've missed but, not to worry, they are all laced with my commentary. Why? Because it's what I do...let's go!

The guy who leads the pack of presidential hopefuls in the new Des Moines Register/CNN/Mediacom Iowa Poll isn't in the race and the guy who comes in second isn't a Democrat. Hey, but, it's Iowa and it's early. The poll conducted by the ever spot on Selzer & Co. finds that former Vice President Joe Biden, who people close to him say he is 95% sure to jump in the race, is favored by 27% of likely caucus goers. Meanwhile Sen. Bernie Sanders (I-VT) comes in a close second at 25%. 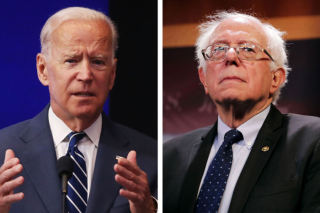 Again, it's very early but a couple of things jumped out about the numbers. For all the talk about new, young, fresh faces in politics these two men are not any of those things. But, what they do have, as articulated by many of the respondents, is experience something that is sorely lacking in the White House today.

And, for all the talk about choosing a female to run for president the ladies trail by a bunch with Sen. Elizabeth Warren (D-Mass) coming in 16 percentage points under Sanders at 9%.

The poll says Sen. Kamala Harris (D-CA) is in fourth place with 7%, Beto O'Rourke (who has also not announced but we hear it is coming this week) gained 5%. Sen. Cory Booker (D-NJ) and Sen. Amy Klobuchar (D-MN) tie with 3%. No other candidate gets more than 1 percent including NYC Mayor Bill de Blasio, Sen. Kirsten Gillibrand (D-NY) and Congressman Eric Swalwell (D-CA) who were not named as a "first choice" by any respondent to the poll.

Here is something else: Former Congressman John K. Delaney, who will be on CNN tonight and yes, I'm going to his "Watch Party" at the Star Bar this evening, polls at 1%. Even though he has been running ads for months, has a number of offices in the state and an aggressive staff Delaney has not budged from an earlier poll.

If you can get through the pay wall here is a link to the story. 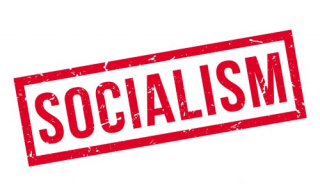 It's been a hoot to see how my Republican friends turn themselves into pretzels over the fact the nation seems to be moving further to the left. Every chance they get they shout "SOCIALISM" furthering the old and tired scare tactics they are so good at. Want to know why people are fed up with the way things are?

That is just four of, perhaps, ten reasons why this nation is casting an eye toward other countries who seem to have it figured out.

I'm over 700 words in and barely a swipe against "45". Know why? I'm done with him too. We can not believe one word the man says, he continues to embarrass this nation he is a crook a lier and a racist. Why waste space on covering what he says or does. Pointless and the faster the rest of the country comes to that conclusion and focuses on positive steps to replace the dignity of the office of the President of the United States the better off everybody is. Just think...reality TV...which is also phony. 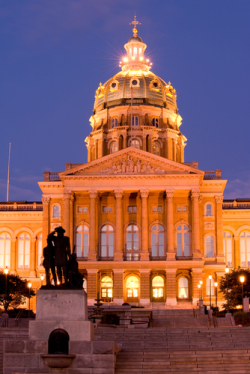 Busy Turning The Clock Back

Even while the rest of the nation is moving further the left the Iowa Legislature, which is controlled by Republicans, are doing their very best to turn the clock back and help this state become a  shadow of what it could be. How?

Elections have consequences and they are being played out every day under the golden dome...and not for the betterment of our state.

Anybody else think it is odd that just days before an attorney was going to file two harassment cases against the now ousted director of the Iowa Finance Authority, Dave Jamison, the state rushed in to settle at the tune $4.1 million? I wonder who didn't want Mr. Jamison on a witness stand? I wonder who didn't want to be compelled to sit down for depositions?  Never mind...it's nothing.

Meanwhile published reports say there are several more harassment cases pending against department heads who have not yet been fired by the governor. We got us a mess kids... 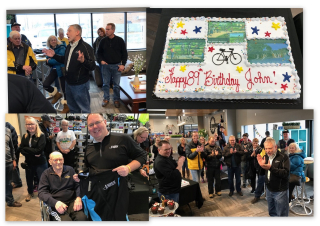 Daylight savings time is finally here and we can stop hibernating. By this time a couple of years ago I'd already put dozens of miles on my bike. Itching to get out there again...soon. However this ice ain't so safe especially with those skinny road bike tires.

Yesterday there was a celebration at Bike World in Des Moines honoring John Karras the co-founder of RAGBRAI on his 89th birthday. In this short clip you'll hear Bike World owner Forrest Ridgway talk about how much RAGBRAI has meant to Iowa and then John has something to say:

Photo: Forrest celebrating with friends at the event, John and the RAGBRAI executive director, TJ Juskiewicz and, of course the cake with images of the soon to be built statue that will be in Water Works Park which honors Donald Kaul and John Karras. For more about that and how you can help here is a link. You can click on the photo to enlarge.

Outstanding Mike! And funny too!