It is the day set aside to honor mothers and if you don't your butt is in huge trouble. Welcome to Sunday Morning Coffee where the

political, cultural and religious news stories get my, often, caustic reply. Why? Because it's raining now, it's early and this is what I get to do. Grab a cup and let's go!

We know in our hearts that the mob boss who lives at 1600 Pennsylvania Avenue is dirty. Every day it's like a bad re-run of the Sopranos. There are a couple of reasons he is fighting like hell to keep his tax returns from being seen by anybody: 1) He ain't as rich as he says he is; 2) Money laundering; 3) Never paid a dime in taxes or 4) Even as he boasts about giving money to charity he has not. He has played the game for a very long time and to take something as mundane as this to the Supreme Court when Congress has made a rightful and legal request to produce stinks and shows his true colors.  But, we really didn't need this to prove that he is dirty. Did we? 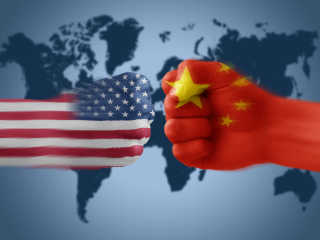 The trade war with China continues unabated. Just about the time we thought it might be over we're all in for really ramping it up. Last week "45" told us that China was paying the tariffs...no, he really did say that. ""China has been paying tariffs to the USA" he tweeted last Sunday. And, of course that is bunk...just another lie. Who is really paying and will be paying are you who buy the stuff. And, what is worse...or better depending on your view...people in counties that overwhelmingly voted for "45" are getting hammered the hardest. Why? Because they tend to be poorer counties and rural counties and we all know how hard the ag community is getting skinned.

Now that the tariffs have just been increased and more on the way get ready to cough up mo-money. To this point retailers have either loaded up on products at the lower tariff rate or split the cost with wholesalers so as not to hit the price tag on stuff you buy. That is...over. Watch and see how this plays out. Happy Mother's Day.

Any normal president would have approval numbers that would be in single digits as a result of the inability to govern let alone the crassness of this guy. But his base loves him and, in fact, we've seen his approval numbers climb. It's simply another oddity that cannot be explained. "His people" simply love the guy as evidenced by this clip from Saturday Night Live and nope, there is nothing he would do that would cause the GOP to distance themselves. Sad, but so true.

Sucking The Air Out 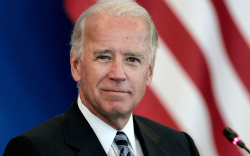 Since announcing his candidacy former Vice President Joe Biden has sailed to the top of the polls and now enjoys a 31 point lead in the latest South Carolina Post Courier-Change Research Poll. Thirty-one points. The poll, which was released this morning, indicates Biden has a wider approval rating in South Carolina than in other parts of the nation. In second place is Sen. Bernie Sanders (I-VT) at 15% followed by Sen. Kamala Harris (D-CA). According to the article the only Biden weak spot is among younger voters ages 18-34. They prefer Sanders, whose progressive stances on health care and economic reform appeal to millennials.

Told you this would happen...Happy Mother's Day.

Back in the day, before Terry Branstad took a slow boat to China, he offered up a gift to Iowans and by a stroke of the pen moved the Medicaid coverage for hundreds of thousands of Iowans to private, for-profit companies. The result has been tragic and the current 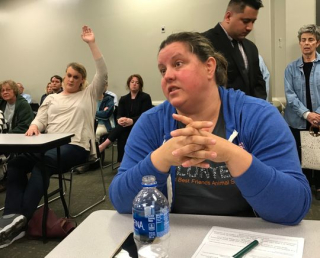 governor, fashioned in the image of Ambassador Branstad, is loath to fix the mess her boss left behind.

Now, because yet another private for-profit insurance company is bailing on the money losing venture, there is a "road show" going on where supporters of this adventure from hell are telling Iowans that everything is going to be hunky-dory as another company, hoping to score major dollars, is swooping in.   (Photo: Des Moines Register)

So, what if....what IF we could turn the clock back and give Iowans the opportunity to have weighed in on the change before Branstad made the switch.

Think it would have happened?  I don't and that is exactly why there was zero input on this decision. Yes, voting does matter...and so too does having strong candidates. But, I'll leave that alone...

I know, there is so much going on and you're only getting half a cup but...it is Mother's Day and I gotta go.

Which brings me to this: The Urbandale Public Library is closed today for Mother's Day. I think that's great. But, here is the question: Will the Urbandale Library be closed on June 16th? Any bets? 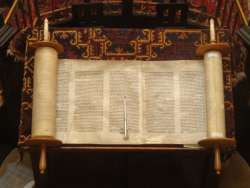 Two weeks ago, after Joe Biden entered the race, I posted on my personal Facebook Page that I was so done with Democrats talking about "another old white man" entering the race. The ageism and racism in those comments pissed me off. We should be focusing on policy and electability. Turns out even the Bible has some instruction on this issue.

I'm in my 31st year of leading Congregation Adas Israel of Mason City, Iowa. (I know...right?) Weddings, funerals and monthly I travel there for services on Friday night and then lead a Torah class on Shabbat (Saturday) where people from all faiths gather to learn more about what the Torah has to say about life today.

This past week the Torah Portion was Kedoshim (Holy). You can find it in Leviticus 19-21. It starts out with G-d telling Moses to tell "the entire assembly of the Children of Israel" to be holy, "for I am Hashem, your G-d, and I am holy."

Then the portion goes into lots of ways Jews must behave to become "holy".  It really is a fascinating read.

Then comes this in Lev. 19:32, "In the presence of an old person shall you rise and you shall honor the presence of a sage..." The rabbis say this is really two commandments. The first is to show respect to anyone over the age of 70 and the second is to show honor to wise scholars. Why? Because they have experience and wisdom.

I'm not saying I'm in Camp Biden but I am saying that we might want to hold our tongue...especially among my Jewish friends who took my comments to task. The Torah says...different. If you want to attack policy...it's fair game.

Happy Mother's Day...and thanks for reading!

Thank you for you comment. It’s good of you to mention those of us over 70!

As for Trumps popularity among his base, they ALL watch FOX News, his personal support Chanel! (We do need a new “FAIRNESS DOCTRINE’1