And...we keep on rolling!  Welcome to Sunday Morning Coffee and the news stories you may have seen or, perhaps, missed but each with

my commentary.  Why? Because it's Sunday Morning and while you were sleeping...I couldn't. Let's go!

Thinking it's looking more and more like the media should start their Attorney General coverage with, "Today President Trumps attorney William Barr..." That way we all know and don't have to guess.

Speaking of Mr. Barr...remember when he was up for conformation hearings and so many Democrats held out HOPE that he would be an Attorney General for America and not the attorney for the president. If you need one lesson as to why Democrats fail it's that we constantly hold out "hope" that a leopard will change his/her spots. It doesn't happen and the GOP knows so many will cave on the hope. Weary...

"Congress already has everything they need. There is simply nothing here." So said President Richard Nixon as Congress was demanding that he turn over documents and tapes related to Watergate. Nope, nothing here. You can't see this stuff. You already have it. Sound familiar? Reliving history in 2019 as "45" will try everything in the playbook (that also failed for Nixon) to keep Congress from learning the truth.

We know how this ends... 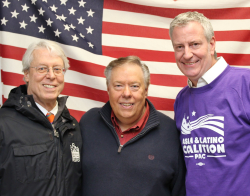 Look for the Mayor of New York City to announce his run for president this week. The Mayor was in town several weeks ago and I had the chance to sit down with him for an interview. If you would like to hear that conversation click here.

Anyway it was a good time and our own Des Moines Mayor Frank Cownie was on hand to welcome De Blasio to Iowa. Before we all went our way a staffer snapped this photo.

See you on the trail Mayor De Blasio (D-NY)! 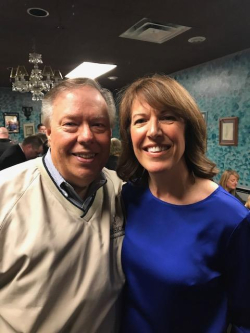 Iowa's Third District Congresswoman, Cindy Axne (D-IA) made it official last week that she will not run for the United States Senate
and challenge Sen. Joni Ernst (R-IA). That, of course sets a bunch of things in motion and clears the field in a couple of areas. While Anxe already has a challenger out of the Council Bluffs area two other names are floating around. State Sen. Brad Zaun (R-Urbandale) who was robbed at a convention of his chance to run may be thinking about taking on Cindy. Then, last week, another interesting name surfaced...that of State Sen. Charles Schneider (R-WDM). If Chuck is looking at the numbers in Senate District 22 it might be a good idea for him to bolt for a run for Congress. The numbers in the Third favor a Republican but Axne will mount a significant campaign.

Ya gotta love politics.  Oh wait...there is more. My friend Eddie Muro has been traveling around Iowa with, what I believe to be, volunteer staff. Eddie lost in a primary to Axne in Iowa's Third District but has said that he would like to run for a federal office. In addition we've got J.D. Scholten who ran against Congressman Steve King (R-IA) last year but has said that he may take King on again in 2020. And then there is Theresa Greenfield who ran for the Third District but had to bow out due to her campaign manager fraudulently signing nomination forms. 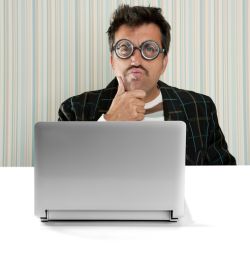 As "45" continues to defy congress and rack up points with Putin the liberal wing of the Democratic Party increases pressure on Speaker Nancy Pelosi (D-CA) to start the impeachment process. The weird thing is that many top Republicans are also urging the move. Why? They see it as a political trap and a bolster to the reelection efforts of the president. Meanwhile on State Media several senior GOP House Members have actually said they hope the House brings on the impeachment efforts. Rep. Doug Collins (R-GA), the top Republican on the Judiciary panel, seemed to challenge Judicial Chairman Congressman Jerry Nadler (D-NY) to take that step, saying in a Fox News interview that Democrats “don't have the fortitude to actually bring an impeachment inquiry." Oh...my.

Iowa, for several years, has seen a population that has not grown as much as neighboring states. In fact many of our rural counties have seen some pretty heavy population decreases. Coming to the rescue is the Iowa Legislature and Gov. Kim Reynolds (R-IA) who just signed into law a measure that will shut down Planned Parenthood sex education efforts. Gone now is about $260,000 in federal funding for the Personal Responsibility Education Program and the Community Adolescent Pregnancy Prevention and Services program.

Way to step up Sen. Charles Schneider (R-WDM) and the GOP State Senate. Now if only you had a plan to actually educate and care for these children of our high school girls.

At least the Iowa State Senate showed some spine during the recent session and flipped off puppies. The Iowa House overwhelmingly 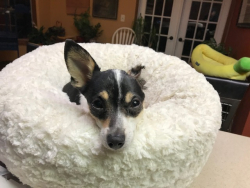 passed the Iowa Voters for Companion Animals bill that would enact some penalties for acts of cruelty toward companion animals...you know puppies and kittens. But the bill failed to make it through the senate because, wait for it, the "slippery slope" argument. Our friends in the GOP that represent Rural Iowa feared that somehow a bill that never mentions farm critters but was explicit in dogs and cats would somehow be that "slippery slope" toward easing cruel measurers in production agriculture.

The photo is our "puppy" Yofi who, according to the rescue agency, was subject to having boiling water poured on her when she was less than 6 months old. The result was that she lost fur on her left side and an ear because her original owner than failed to take her for care at a vet. Yeah...this shit happens but the Iowa State Senate could care less. BTW "Yofi" means beautiful in Hebrew.

The Iowa Legislature also was able to pass the "Mother May I Bill". That's the new law that directs the Attorney General for the State of Iowa to first ask for permission from the governor if he/she can move forward with lawsuits that might...just might...be considered BY SOME to be political in nature. This is sure to head to the courts for a decision but it's another example of how one branch of government put restraints on another branch of government because...oh, let's see...politics?

The Iowa Legislature also banned Medicaid dollars that would pay for elective transgender surgery. Do you get the feeling the GOP is sort of fixated on sex? Anyway, I was watching some of the public comments on the news story and people who supported this measure were, to the person, saying "Why should I pay for something that is an elective surgery that somebody just wants?" That sort of thing. It got me to wonder if, in Iowa, Medicaid pays for breast reconstruction surgery following a mastectomy. And, guess what...it does and that is a good thing. But, using the logic of "Why should my tax dollars go for a procedure that somebody just wants?" also apply?  Just asking....

One of the things that Gov. Kim Reynolds (R-IA) said was on her "wish list" was that the Iowa Legislature move toward a constitutional amendment to restore voting rights to felons who have completed their "debt to society". Don't fall for it. She could easily make it happen with an administrative ruling if she wanted to.  There is something else cooking in this effort to amend the Iowa Constitution...and because I don't trust her...I don't trust the effort.  Hey, maybe it's just me. 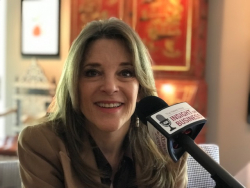 Yesterday I sat down to interview 2020 presidential candidate Marianne Williamson and what a delightful experience. We only had about 20 minutes but we could have talked for hours. I found her refreshing and bold. She doesn't seem to sit and think "How should I answer this question for this audience?" I'll air that interview later this week. Wait until you hear the answer to my question, "You seem so...nice. How does that play in this rough game of politics?" Oh...yeah. One other thing...she speaks to "compassionate capitalism" something to pay attention to.

One other thing that comes to mind about campaigning for president is the grueling schedule. On Friday night Williamson was in Clinton County (Eastern Iowa) for an event that got over at 11:00pm. Got back to Des Moines close to 3:00am and then up for the opening of the Downtown Des Moines Farmers Market at 7am and then a full day of interviews, house parties, etc. These folks work it and rather than throwing stones we might do well to emulate their dedication.

One other thing. Yesterday I was in a meeting where a prominent Democrat said they were seeking a quote for some insurance and reached out to Farm Bureau. Let that sink in for a moment. Yes, my head spun around....

OK...gotta go. Full day ahead.  Thanks for reading and have a great Sunday!