Damn you Saturday Night Live...way too late going to bed! Time for Sunday Morning Coffee my look at some of the stories you've seen or

missed all laced with my commentary. Why? Good question! I should be sleeping. Gotta get more COFFEE!  Let's go...

No trade war with Mexico...for now. While "45" and his cadre crowed this weekend about a "deal" with Mexico that "deal" must be re-examined in 90 days to "judge the success of Mexico" in it's work to crack down on immigrants seeking asylum in the United States. Any bets? 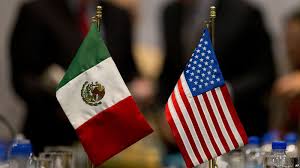 Also, because "45" can not tell the truth, he tweeted this weekend that Mexico had also committed to buying agriculture products from the United States. The tweet, no doubt, is an attempt to give his farmer base something to feel good about. Except it's not true. Nowhere in the agreement that was just reached is there any mention of Mexico buying additional agricultural products from the U.S.

They New York Times is reporting that the critical part of the "deal" with Mexico where the Mexican government would deploy its national guard to help stem the tide of immigrants coming to the U.S. had already been promised by Mexico way back in March. Long before "45" started his threat of tariffs. So, either "45" didn't know or this whole tariff tirade was simply smoke and mirrors and he had to find a way to back down because of threats from his own party. 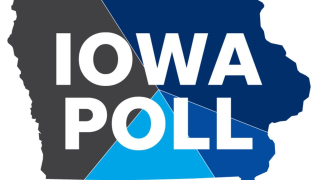 The headline is "Biden Slumps, Buttigieg Soars" regarding the recent Iowa Poll. In December, 82 percent of Iowa Democratic voters said they saw former Vice President Joe Biden favorably; this month, that number is down to 72 percent of Democratic voters, a 10-point drop. His unfavorable ratings are up nine points. Reason? A couple...the Hyde Amendment talk and it's the danger of being a "front-runner".

Meanwhile, back in March, Mayor Pete Buttigieg polled at just 1% in the Iowa Poll. Today that number bumped to 14%. Coming in at 16% is Sen. Bernie Sanders (I-VT) and Sen. Elizabeth Warren (D-Mass) at 15%.  Sen. Kamala Harris (D-CA) is the only other candidate who registers significant support. She clocked in at 7 percent of the vote.

Six percent of voters said they were not sure who they would choose on caucus night. THAT is a stunning number...only 6%. I'm not sure I've ever seen a poll, this early, where so few people said the were "not sure". That spells trouble for many of the candidates that are polling low and the only way they will climb into the race is to peel support from others. Stunning... 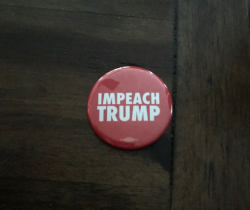 I think it's interesting that 17 members of the Congressional Black Caucus continue to support impeachment. While the caucus has 55 members in all the number supporting impeachment continues to grow especially as many are being asked by their voters, "Why the hell is he still president?"  Good question...

And now there are a total of 60 members of the House who are supporting impeachment proceedings as a way to figure out just how crooked "45" really is. Let's go...

Democrats say the district lines are meant to dilute African American’s power to elect candidates of their choice. And the National Redistricting Foundation, a group headed by former Attorney General Eric Holder under President Obama, is leading a federal lawsuit to overturn those constitutional provisions.

This will be the third year for what is going to be a massive event. On Saturday the 21st of September the Polk County Democrats will hold the Annual Steak Fry at Water Works Park in Des Moines. Who is coming? Every announced Democratic presidential candidate has been invited and many, at least 19, have said they will be there. Tickets are available now...right here.

For those of you who remember going to the Harkin Steak Fry, started by Sen. Tom Harkin (D-IA) this is much the same. Sen. Harkin even gave his blessing to the event after his retirement from congress.

It's a big deal and you can claim your tickets here.

To date there are three people announced for the 2020 U.S. Senate race against incumbent, and regular supporter of "45", Joni Ernst (R-IA). Kimberly Graham hinted over a year ago that she would consider running and now it's official. Eddie Mauro had been attending events wearing his name badge from his 2018 primary for Iowa's Third District Congressional seat and he is also now official. And, then on Monday of last week, Theresa Greenfield, who made an attempt for the Third District in 2018 but had to bow out, became the third announced candidate. And, yes, there is a fourth and also a female being talked about.

It's going to get crowded and interesting. Of the three Theresa Greenfield seems to have an edge and announced with a snappy video made just a few weeks before the announcement. 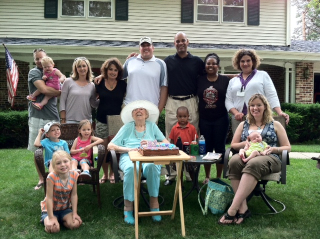 Today would have been my Mother's z"l 99th birthday. She died five years ago...but is with me every day. Funny how that happens. I remember her telling me about her parents and how she remembered them so long after they had died. Not morbid but with great clarity. It's like that today....The photo is from her birthday party several years ago with family and close, dear friends.

Yesterday I traveled to Mason City, Iowa to deliver some words at a memorial service. For years, now over 30, I've served the Jewish Congregation of Adas Israel there. Each month I make that trip north for services on a Friday and a Torah Study on Shabbat (Saturday). I stay at a Quality Inn near the synagogue. The front desk person is named Lois Shepard and, over the years, I've become very fond of her and many of the staff who work at the motel. When her friend and partner Laurie died I was struck by how and what love means to so many people. Two weeks ago Lois asked me to come and say a few words at the memorial event. Lois isn't Jewish and neither was Laurie but it was an honor to have been asked.  So, I talked about love and why we need to focus on that rather than the ugly hate we see every day. Thank you for asking me to be there.

And, thank you for reading. Have a great Sunday!