Sunday Morning Coffee is about the political (and sometimes religious) news stories you may have seen...or missed...all laced with my

commentary. Why? I've got nothing better to do at 6am on a Sunday?  This should be pretty short because, after all, there isn't all that much going on....  Right.

Ain't so united. Proving, once again, that major decisions, like leaving the European Union, shouldn't be made by the electorate especially if they get wrong and/or misleading information. That's what happened

as voters there decided, by a slim margin, to leave the EU. Trouble is, nobody knows how to make that work. Then an unelected wild card (sound familiar?) assumes power and attempts to bully his way to a Brexit Crash. So glad that only they have such political upheaval and not us...

Last week "45" announced that soon we would be leaving Afghanistan and bring some 14,000 troops home from our longest war ever. The buzz was that the United States and our crack diplomatic corps had secured an agreement with the Taliban and all that was left was to put ink to paper and....we're out!  Then another terror attack by the Taliban killed eleven citizens and an American soldier. The president, yesterday, said he cancelled a "secret meeting" with Taliban leaders that were supposed to gather today at Camp David.

Who knew that this governing and winning could be so...complicated. Weary.

Meanwhile In Other Third-World News

One of the hallmarks of third-world nations is that they routinely cancel elections. I mean, who in the hell would want people making 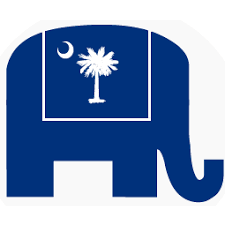 decisions regarding leadership...so the folks in power just decide to scrap the vote. That's what they do in places that the president says are "sh*thole countries".

Fast forward to the thriving beacon of liberty...South Carolina where yesterday the Republican Party cancelled any plans to hold a primary in that state. They are a bit concerned that former Governor and Congressman Mark "I Was Just Out Hiking" Sanford (R-SC) might challenge "45" there. Meanwhile the same story in the pro-democracy state of Kansas. "No need to hold a primary, our dear leader is firmly in control."  Two other states are also considering the same move.

Free and fair elections? Not on the GOP watch.... 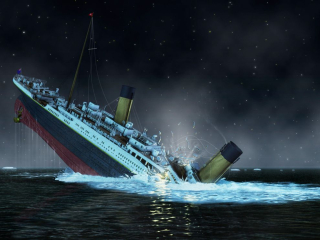 This week, in Iowa, we learned that Gov. Kim Reynolds (R-IA) has decided that it is better to rearrange the deck chairs on the Titanic of Managed Health Care rather than stick a fork in it.  You all know the story: Just before former Gov. Terry Branstad (R-IA) took a slow boat to China he, on his own, moved the Iowa Medicaid program from state control into the hands of several for-profit health care management companies. The results have been a disaster for not only the companies but also the patients and the providers. However Iowa has done everything it can to assuage at least the corporate concerns by giving them an 8.6% raise this year...on top of another hefty raise last year.

This week the governor appointed Kelly Kennedy Garcia to head the Iowa Department of Human Services. Kelly hits Iowa following a rocky road in Texas when it comes to their for-profit managed care program that has, according to published reports, also denied health care to patients.

Perhaps little known by Iowans, who gaze at the newest import, is the fact that Kelly Kennedy Garcia worked for the Texas Sunset Advisory Commission, which studies whether state agencies should be abolished. Wanna read that again?

Bottom line is that these folks all hate government so the theory is to starve government offices and then transfer those duties to private-for profit groups. We see it all the time. The result...be it health care or prisons...that the bottom line is all that matters and damn the workers and the people who they are to serve.  Grover and the bunch at ALEC are proud of the work you are doing on behalf of the corporations that are here to care for us... Weary. 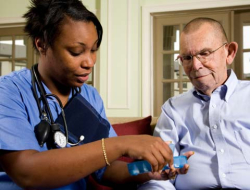 Last week I aired a story that might scare the hell out of you. There are, in the United States, roughly 2.5 million home health care aides. That is a 150% increase over the past ten years. It's no wonder as America ages and our health care gets worse somebody has to be there to care for folks. Trouble is the average rate of pay for these folks is $11.52 an hour. Not only is the job one of the lowest paid jobs in the nation the physical and emotional toll of being a part-time social worker, cook, cleaner and diaper changer catches up with them.

Why is this such a low-pay job? Experts say that it's because most of these workers are immigrants and women of color.  Who in the hell cares about them...right?

My goal is to always get this out by 9am on Sunday. I've failed in that task over the past couple of weeks. Holidays and "stuff going on". So, I'm going to put a fork in this edition in just a couple of minutes. But first...

I was in Jefferson, Iowa yesterday covering a story that could very well be part of an answer to the recovery of Rural America as civic leaders, educators and corporations gathered for the grand opening of The Forge. I'll have the story out on Monday or Tuesday on Insight on Business the News Hour but it's about how technology can open up the future for people in so many parts of the country. It's a great story and it's happening in Iowa.

After announcing for my Iowa State Senate run in 2020 we've been a bit busy...now I'm hoping that somebody in Senate District 10 will jump in. Currently that seat is held by Jake "Never Saw a Gun I Didn't Like" Chapman (R-Adel). I know there is somebody out there that must be willing to take this guy on. His voting record, like that of Sen. Chuck "I Hate Puppies" Schneider (R-WDM) stinks. Knock, knock...anybody?

Finally I'll be speaking Tuesday to the Carlisle Chamber of Commerce over lunch. I know, out of my district but I'm here for Iowans no matter where they are. Then on Tuesday evening at a business gathering in Urbandale (NOT my district either) but it is home to Mayor Bob Andewig who yesterday, according to a Twitter post by Polk County Democratic Chair Sean Bagniewski, joined the Democratic Party and became the campaign chair for Rep. John Forbes (D-Urbandale). I've known Mayor Bob for a very long time and he has always been a stand-up guy.  Welcome!  Later on Tuesday I get to speak to the Clive Democrats at their regular monthly meeting.

There is a movement happening my friends...you're invited to come along.