Good Morning and I'll be brief. It's the day before the Iowa Caucus and there is much to be done.  Welcome to an abbreviated version of

Last week "45" was in Des Moines at Drake University. Poor Drake...  In his 90 minute ramble he offered some interesting thoughts...as always.  One, in particular, was when he was talking about The Green New Deal and said, "They are killing your cows...and you're next." It's that kind of unhinged rhetoric that is not only dangerous but reminds those of us who have a memory of history about another madman who in the 1930's harangued about a boatload of lies. It was all his followers needed to begin the effort to exterminate any opposition.

We MUST defeat this person in November.

And, yes, what happened in the U.S. Senate last week will long be remembered. 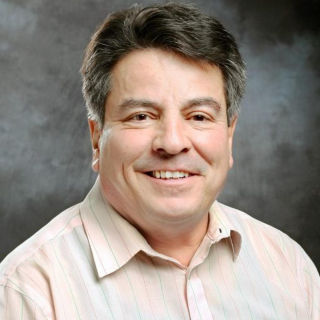 Meanwhile in Montana State Representative Rodney Garcia (R-MT) said, during a meeting that he believes the United States Constitution calls for the jailing and shooting of "socialists". I'm not making this up.

Garcia said he was concerned about socialists “entering our government” and socialists “everywhere” in Billings, before saying the Constitution says to either shoot socialists or put them in jail.

On Saturday, a reporter asked Garcia to clarify his remarks. “So actually in the Constitution of the United States (if) they are found guilty of being a socialist member you either go to prison or are shot,” Garcia said.

Garcia could not to point to where in the Constitution it says socialists could be shot or jailed.  Here is a link to the story if you wish.

Told you this would be short. I've got loads to do between now and 5:30PM tomorrow...work would be one of those things. 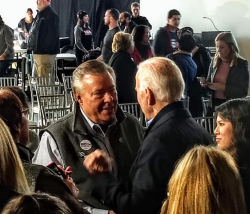 It's no secret that I've endorsed and have been working on behalf of Vice President Joe Biden. For me the decision was personal and I believe that, because of his experience he will be able to, on day one, go to work to repair our nation. I believe that his standing on the world stage will benefit what "45" has broken. I believe that his commitment to repair the Affordable Care Act is something that a vast majority of people want.

A shout-out to Rep. Cindy Axne (D-IA) who was the latest to endorse Joe and is having an event later today on the East Side of Des Moines.

All of that does not throw shade on any other candidate. I've had the opportunity to go and see, talk to and listen to each and at the end of the day my decision was one that was made for those reasons and because he will beat "45" in November. That is what is critically important.  I realize that I've got many friends backing other candidates and that's great. We all, come our national convention, will line up behind whom our party nominates.

Thank you all for your hard work and efforts to push forward a progressive agenda to repair our nation.  Good luck tomorrow...