Early each Sunday Morning I get to review some of the political and religious news stories and then share those with you...and add my

own, sometimes caustic, commentary.  I get to do that because...well, what the heck else are you gonna do early on a Sunday Morning? BTW if you are celebrating...Happy Passover and Happy Easter. Let's go:

The GOP Playbook for November

Actually this is old news because it first happened in Wisconsin where the Republicans cared more about strangling the vote then they did about listening to the strangling last breaths of patients brought down by COVID19. It was brazen but it is also a warning of what is to come. You see, Republicans hate it when you vote.  Their policy is to, wherever possible and however possible, suppress the vote. They know their policies don't ring true with voters so the fewer of you who cast a ballot the better.

And now "45" is in full support of the same and just last week provided more lies to his base saying that, "Mail ballots - they cheat. OK" People cheat! There's a lot of dishonesty going along with mail-in voting." 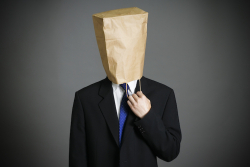 As everyone knows the president is a devout...uhm...well, he's devout.  Just ask him. It was really special to have him wish, in his own devout way, a Happy Crucifiction Day to my Christian friends. OK, so I'm Jewish and perhaps a little more in tune to the issue than is "45" but tweeting out "Happy Good Friday!" is, once again, tone deaf. Good Friday is not a day of celebration it is a day of introspection and a mixed bit of sadness along with some hope. But, "happy" it's not.  Looking forward to the Tweet: "To my Jewish friends Happy Yom Hashoah!"  Weary...

Anybody out there up for a riveting game of Russian Roulette? The president seems to think that we might be. He is desperate to re-open the nation so that the economy can come roaring back and so that people can get back to work so that we can start to dig more mass graves. He, of course, is listening to the business executives who are clamoring to have their workers get back to work so their executive stock options don't continue to dwindle. However the medical experts (I know...that science thingy.) say it is not wise and that by doing so we risk having even more cases spread and more death.

And, in case you missed it the Great State of Texas and the Great State of Florida, a couple of strong GOP holdouts to social distancing, are slated to become the next "hot spots" with rising COVID19 cases and deaths. But...they have really nice beaches. Well, some of us anyway. It didn't take long for Dr. Kim Reynolds (R-IA) to become The Reverend Doctor Kim Reynolds as first she issued a statement saying that on this past Thursday we should make it a "Day of Prayer" noting that it was Maundy Thursday and Passover. A couple of tiny things about that edict: 1) The governor may not realize this, which would be odd, but Maundy Thursday is not a universal day of anything for many Christians. True it's a day marked by the symbolic "washing of the feet" and in the Catholic faith a special mass and the Holy Communion may be held in other Christian denominations. But don't look for that happening in many Baptist or evangelical churches. But...details...right?  2) The governor may not realize this but in the Jewish tradition the entire eight days of Passover are days of prayer and reflection that are realized by not only entire family gatherings but also by what we eat and do not eat.

But, that wasn't good enough. The Reverend Doctor Kim Reynolds and His Holiness Adam Greg went out of their way on Good Friday holding up the tenets of the Christian Faith, delivering sermons to the Christians during the Prayer Breakfast and even issuing a proclamation. The story is rich and it is best shared by sharing this link to Bleeding Heartland.  Go on, enjoy but come back!

I look for future proclamations coming up soon for Ramadan which begins on the evening of 23 April.  Bets anybody?

While some can "work from home" many can not. Yes, there are doctors and nurses and respiratory therapists. And there are also the"unseen" who we see every day but often don't give them the consideration and thanks they deserve. Sure they are doing their jobs 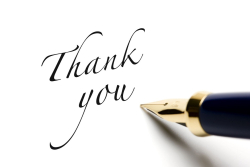 but in the world today they, and not the investment bankers, insurance executives or corporate leaders, are really do matter. The 1.9 million truck drivers who, if they stopped working your grocery store would be out of food in two days. The workers at the grocery stores stocking shelves, checking folks out and keeping the place clean.  The utility workers who keep the lights and gas and water flowing. The police and firefighters and EMT's who work, often, against the odds. The nursing assistants who toil away in assisted living facilities, nursing homes, rehab centers, and home health caring for those whom we say we can not care for. And, there are many more

Workers and working families who do the vital task of keeping this planet alive who we see every day but today they are elevated.

Made another tour around the sun. Thank you all for your warm Happy Birthday wishes.  It was very touching and appreciated. My Bride created a really nice gift. For several weeks Georgie has been working in her craft room, which we call the G-Spot (no, really) with a sign on the door: "Top Secret Stuff Going On - Do Not Enter!" 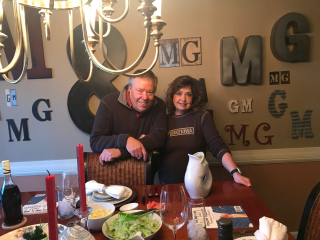 Turns out she came across some, very old, memorabilia that I had collected from my early broadcasting years. Things I had not seen in years all put into a really nice binder with notes and cutouts and...well...the talented stuff she can do that amazes me.  Saturday night was spent in memories that span some 40 years (or more). It was really nice....

Had to take some time off to go outside during the thunderstorm this morning to clean gutters. It makes the work so much more exciting.

For those of you celebrating Easter today I hope you have a meaningful holiday. I know it is difficult to be away from your home church, your friends and family. In a way perhaps...perhaps...without the bunnies and egg hunts and the secular trappings the holiday will mean more and revive he spirit?  It's not a knock on secular customs...but what really matters.

Finally, thank you, again, for those of you who have been supporting this campaign. While I can't knock doors I am doing daily calling to voters. Soon you will be receiving your ballot request for the election. I would ask you to consider voting for me so that i can take a strong voice for working families to the statehouse and work on behalf of not just the folks living in Clive, Waukee, West Des Moines or Windsor Heights....but every Iowan.  It's going to be a battle but we much regain this state and correct the course.  For more, here is a LINK to my Website.  Thanks again!