Hello and welcome to Sunday Morning Coffee!  It's my look at some of the news stories you've seen or, perhaps, missed all laced with

my commentary.  It's what I get to do on Sunday Morning and this has been a regular Sunday feature for twelve-plus years.  Lots to talk about...let's go!

Americans are a strange lot. The cry is to open up for business and the reason is solid. We're going through the worst economic crisis we've seen in decades. According to White House economic advisor Kevin Hassett the decline in the second quarter of our Gross Domestic Product (GDP) could be the worst...ever. 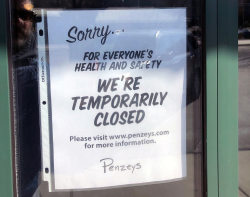 But, here's the deal:

When the politicians start going out shaking hands and kissing babies...maybe, just maybe, we'll go back to normal. The problem is they won't and neither will we. Americans know the hit we're taking. We feel it every day.  Yet 70% of us approve of some sort of restrictions or shelter in place orders.  And, what is interesting, is that 70% crosses party lines and age demographics.

It would seem the majority of us are smarter than the politicians.

Today is the birthday of the First Lady of the United States. My wish for her is that she knock some sense into her husband. We would, then, be much better off.  Happy Birthday!

Each day for weeks we've had to endure "45" speaking to the nation about COVID-19 except much of what he says are outright lies. No different than what we've witnessed during his MAGA Rallies. Trouble is...now he is playing with the lives of people across the planet with phony ideas like shoving light down your throat and injecting you with bleach.  YIKES!  As usual there is no science just blubber.

But, the good news is that yesterday the president said those daily briefings "...aren't worth the time." So maybe...just maybe we'll be spared. 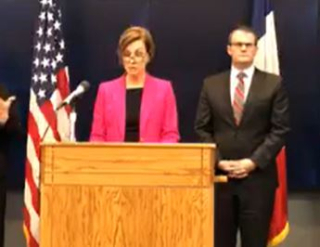 By now, after 12+ years of authoring Sunday Morning Coffee, you know that I have zero tolerance for the lack of bold leadership and empathy by those that we elect. Recently a Facebook Follower took me to task because I criticized Gov. Kim Reynolds (R-IA) and her total lack of leadership regarding the people of Iowa who are facing increasing threats of COVID-19.  The person wrote: "So, tell me what would you have done differently?"  It's a good question and here is the answer:

This isn't "Monday Morning Quarterbacking" this is what leaders do...or should do. Mouthing garbage is not leadership. (Image - Carroll Broadcasting)

This is so rich that if it were not so serious...it would be a hoot. We all know that a giant part of the GOP playbook is to restrict voting and voting access. Look what they did in Wisconsin where now at least seven people have come down with COVID-19 because they were 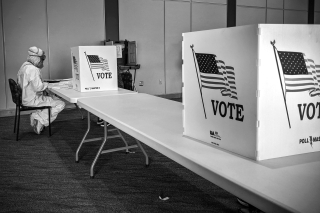 forced to stand in line for hours to vote.

Now the GOP is telling Americans that voting by mail (VBM) is a danger to our democracy. Bull!  It's not. The United States Military has been voting by mail...forever.  Not once have we heard a call to cease VBM there.  So, why now? Because the Republican Party knows Americans are wising up and we realize their answers are not in the best interest of the vast majority of us.  If you want proof just look at where so much of the Paycheck Protection Program money went.

According to the Congressional Budget Office the majority of loans amounted to no more than $150,000 but...and this is important...those loans amounted to only 17% of the total dollars out. Meanwhile Delta and United Airlines are getting billions and promise to layoff staff.

Tell me again how much the GOP loves Main Street. (Image - NY Times) 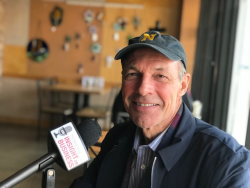 For those of you who are following the U.S. Senate race in Iowa you might want to listen today at Noon Central to an exclusive two-part interview with Admiral Michael Franken one of five vying for the opportunity to crush the current junior senator from our state. That conversation will be on News/Talk 1540 KXEL today. You can listen live by going to their website: www.KXEL.com and clicking on "Listen Live" or say to your smart speaker: "Hey Google/Alexa play KXEL Radio!" There may not be a better candidate out there.  Check it out.

Think of it as a public service.

Recently I've made the decision to stay away from Social Media on Shabbat. I had gotten away from that practice in recent years. While I like the interaction I'm really not wanting to "mix it up" on the Sabbath. So, that's why I've been absent over the past several weeks.

However...here are two issues that came up last week and I'll address them here. 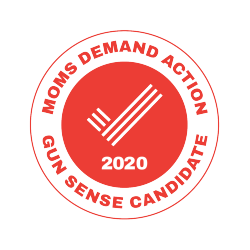 Last week my campaign received recognition that we are a "Moms Demand Action Gun Sense Candidate". What does that mean? In short it means that I support things like:

In addition I do not believe "military style" firearms have any place in our society. Some argue they are good for hunting. If you need a semi-automatic weapon to kill a critter you need to become a better shot. Finally I oppose the ownership of large capacity magazines. Again if you need 20 rounds to shoot a coyote you need to go back to the range.

If that's a deal breaker...so be it.  But, you need to also know that I am a gun owner who enjoys range and trap shooting. OK? 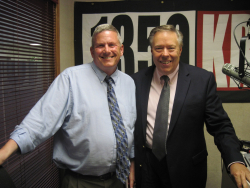 I was asked, via email, my position on this issue. Let's go: Years ago I sat down with the then Iowa Secretary of Agriculture, Bill Northey and we talked about this. To be sure, my politics and his are vastly different but we are still friends. I suggested that Iowa should, as we do with other items, regulate cannabis growth and sales and then...as we do with cigarettes and booze...tax the hell out of it. And, what do we do with those tax dollars?  Plow them into our public schools so that we can regain our educational superiority that we once had. Again, if that is a deal breaker...so be it.  I think you deserve a straight answer.

Meanwhile, if you want to help this effort to regain the Iowa State Senate and put into place a check on a governor that is failing to keep us safe...you can donate here and learn more here.