Hi and welcome to Sunday Morning Coffee my look at the news stories you've seen, or missed, all laced with my commentary. Here is

where we mix politics with a little religion and create angst among members of the GOP. Isn't it...fun?

When "45" rolled out his "America First" agenda we had no idea it would be so successful. It took COVID19 to push our nation to the very top as the United States leads the world in the number of coronavirus cases. According to data from Johns Hopkins University the United States accounts for more than 25% of the more than 9.8 million cases world-wide.  And, on Friday alone, the U.S. reported a staggering 45,000 more cases the highest number since the pandemic began. So, it looks like we just getting started. 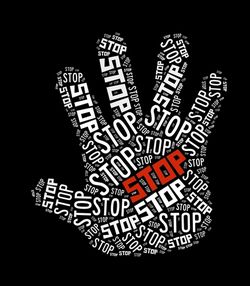 This week the European Union will make a move to open up air travel from other nations. The word is that if you are from Canada or Japan and maybe even China you'll be able travel to the EU. Americans? Well, not so much. But, as "45" has indicated through words and actions we don't need no stinkin' Europe. Besides we're about to impose a new set of tariffs of 100% on stuff coming out of those nations "over there". And now that we're removing over 9,500 troops out of Germany (Without notifying German Chancellor Angela Merkel prior to the decision...manners right?) that should show them foreign speakin' folk we don't need them at all. Just another jewel in the crown of our supreme leader.

It was an interesting point made last week my MSNBC morning host Joe Scarborough. He was talking about how "45" with all the disaster looming and the likelihood that he, and his party, will get swamped in November that the president is teeing off a position where he'll just...quit. Scarborough was sifting through some of the latest data and wacky decisions "45" has made in the past several weeks including using troops against U.S. citizens, the EU mess and demanding that the Supreme Court overturn the Affordable Care Act in the midst of a pandemic. "One thing is clear, the president doesn't like to lose and he just might decide that quitting is better than getting beat." While that's an delicious thought...it ain't gonna happen.

The silence of the vast majority of elected Republicans is overwhelming. They have fallen in line with their leader and nothing he says or does seems to make them pause in their continued fawning. But, then there is the folks behind The Lincoln Project. Perhaps you've seen the ads they have been rolling out. The group is made up of Republicans who oppose the re-election of "45" and they've been trolling the president for months. Here is their latest video:

Impressive and I know several Democrats who have now donated funds to the Lincoln Project. A recent comment from a former Union worker: "I think hell just froze over. I actually gave money to a bunch of Republicans." You are not alone me thinks. The group says they will continue to hammer the message that to save our nation we must elect Joe Biden. They are right. Go ahead...watch it again. 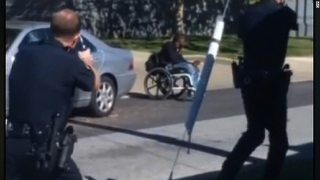 I was rolling through my news alerts the other day when this headline grabbed my attention: "On the Day George Floyd Died, Police Across the U.S. Shot and Killed At Least Five Other Men". The lead went like this: "Police in the US have not gone more than two days without fatally shooting someone since 2015." If you want to read the article from Buzz Feed News here you go.

The original sin that sits at the feet of this nation continues and looking away will not change our course. Every person must call out the racial injustice whenever we see it. We must stop looking at color and start looking at humanity.

Regarding the police...what we should be doing is remove the elements that have created this para-military force and focus on both "Protect" and "Serve". My brother, who was a police officer in another life, has said over and over again that the worst calls were those that had something to do with a "domestic disturbance" or a "mental health" issue. We should be sending trained social workers and not folks with guns. What part of that fails to make sense?

This Will Scare The Hell Out of Them 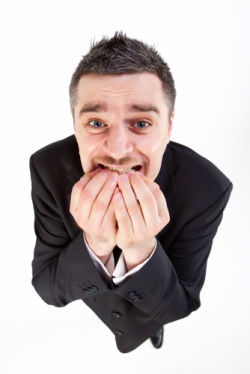 Have you seen the new census estimates for Iowa? Oh my...this will scare the hell out of folks. According to data released last week Iowa's minority population is increasing. While the state is still overwhelmingly white other folks are gaining. The data says the state population grew by 3.6% since 2010 and we are not home to some 3,155,000 people. Of those 90.62% are white, compared with 93.21% ten years ago.

Black Iowans make up a little more than 4% of the population. Asians 2.5%; people identifying as being of two or more races is 1.9% and the biggest cohort of non-whites is, again, Hispanic coming in at nearly 6.3% of the population.

While the Iowa Legislature went into overdrive in the final hours of the session cooking up more voter suppression rules, jerking health care decisions away from women they were also busy protecting businesses from legal matters. Like if your Mom or Dad are in a nursing home and they die from COVID19 you can't sue the facility. And even better...if you get sick or die from COVID19 and you're working in a meat packing plant...same deal. The company is now protected. Notice a pattern? While the government proclaims nursing home workers and meat packing workers as "essential" those folks get paid "expendable wages". Rather than pay a livable wage so these businesses can recruit and retain excellent people and make sure they are safe...let's pass laws to deny their rights and put more people in jeopardy. If you are a Republican this all makes perfect sense.

I'm hooked. Recently we were surfing Netflix and found the series "Somebody Feed Phil". What a delight. Phil Rosenthal, one of the creators of Everybody Loves Raymond, travels the world sampling the local food and culture. But, this is way different because Rosenthal injects some comedy and heart touching moments in each episode. He pulls it off by being genuine and warm even bringing in his wife, actress Monica Horan, and father into the show. His mother was also a regular however she died late last year from ALS. And, if you happen to be Jewish, you'll plotz at the references he makes. Go...enjoy already...you need a break.

Thanks for reading and have a superior Sunday!