Welcome to Flag Day 2020 and Sunday Morning Coffee my look at some of the news stories you’ve seen or, perhaps, missed along with

my commentary. I get to do this each week because...well, because I think it’s important to call out what we see among us.  Let’s go!

So because Gov. Roy Cooper (D-North Carolina) said that the GOP must adhere to social distancing and face masks the mighty Grand Old (yes they are) Party decided to hold a small gathering in Charlotte and then have a big event in a more COVID19 Friendly location, Jacksonville, FL. That is where “45” will stomp around and blame everything and everybody for his incompetence. Should be fun...bring popcorn. Meanwhile as of yesterday Florida is hitting big COVID19 numbers again. On Friday the state saw an increase of 679 cases and just yesterday the state reported 2,581 new cases. Yeah, that's right "Open 'er up!"  You first....

We’re on a roll. You know things are changing when NASCAR bans the Rebel Flag and allows a Black Lives Matter themed race car. Recently a lover of everything “The South” stood for...you know lynching, slave patrols, treason, owning another person...called me out when I suggested that “45” didn’t much like the taking down of Rebel statues. And said, “You do know what Public Law 810 means don’t you?” As if to, somehow, equate the law passed by congress to erect headstones over Rebel graves is a reason we should protect and defend Rebel statues. Sorry...that isn’t what it means. If you would like to read about Public Law  810 here you go. 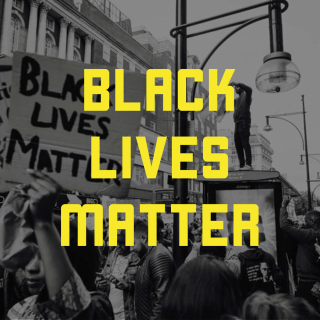 There is 142 days before the November election and Republicans are struggling to confront the racial issues that plague this nation. They can't seem to craft a statement about the protests taking place in nearly every city and town in America...unless that statement is about "dominating the streets". They can't decide if they should back a plan to rename military bases that were named for Rebel leaders and they are split over the removal of Rebel statues. In other words they are, for the most part, tone deaf to what everybody else seems to see in front of our eyes. America has been and is a racist nation. Full stop. How we now deal with this reality will either lift us above ourselves or push us further into the abyss. Your choice.

Meanwhile "45" decides to postpone his June 19th rally in Tulsa.  The tone deaf president originally scheduled it on Juneteenth...see what I mean?

I have been to Tulsa lots and lots of times. Tulsa was the national headquarters for the United States Junior Chamber of Commerce when I served as the National Chaplain of the organization. However I had never heard of the Tulsa Massacre of 1921 until this week. The short story is that a young black man was accused of harassing a young white woman...made up historians now say...but the resulting days of destruction to what was the center for economic success for the Black Tulsa Community took it's toll. The crime is that I'm first learning about this...now. For years the event was "white-washed" out of the history of Tulsa.  If you are interested here is the piece from the Tulsa Historical Society.  Shocking.... 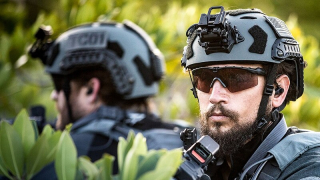 One of the things we, as Democrats and socially conscious folks, can't seem to get right is our semantics. During the past couple of weeks the rallying cry of "Defund the police!" has been making it's way across America. At the same time some folks who support racial equality are pushing back. We've gotta come up with a better slogan kids. At the heart of this defunding movement is the real concern that police departments have, over many years, been given a blank check to do what they wish when it comes to becoming a para-military organization without the rules of engagement that directs the military.

What supporters want are cities, counties and states to start paying attention to "serve and protect" rather than being the group who have we've seen beating and shooting unarmed Americans. What supporters of "defund" want is money to be re-directed from purchasing armored vehicles and riot gear to community policing. You know, rather than hiding behind their sunglasses, the police actually engage the community in positive acts and start to re-write their authoritarian history.

Nobody, that I know, wants the police to disappear. What we do want is for them to reconnect with the community they have sworn to serve. It's not hard to do...really...ask the folks in Camden, New Jersey.

Somebody calls the police on a guy sleeping in his car in a Wendy's drive thru. Police arrive and conduct a field sobriety test. 27-year-old Rayshard Brooks fails. Within minutes, following a struggle with the arresting officers Brooks is shot...dead. Video shows Brooks resisting arrest and running after being tased. Brooks has in his hand what looks to be the officers Taser as he turns and faces the police. The officers open fire, three shots. I was not there, I have never been a police officer but I can think of several ways this could have been desculated. The officer who shot has been fired and the police chief, Ericka Shields, resigned. Meanwhile folks set the burger joint on fire...another night in America.

How deep is the hatred for the LGBTQ community among Republicians?  This weekend Rep. Denver Riggleman (R-Va.) lost to former Liberty "Think Jesus" University official Bob Good. What was the crime, the sin, committed by Riggleman? He officiated at a gay wedding for two of his staff people. The election was held during a drive-thru GOP convention on Saturday and the AP reported the results this morning. Clearly love is not the answer...weary. 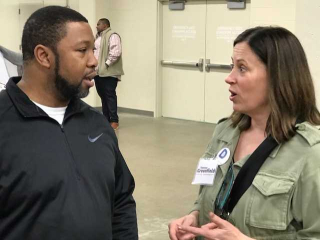 Well, that didn't take long. Theresa Greenfield the winner of the recent Iowa Democratic Primary who is going up against freshman Sen. Joni Ernst (R-IA) is leading by 3 percentage points. The new Des Moines Register/Mediacom Iowa Poll shows that 46% of likely voters say they will back Greenfield if the election were held today, while 43% would back Ernst.

For months political watchers in Washington have said this would be a race to watch. Ernst is vulnerable and the Democrats have long smelled blood in the water. Now the goal will be to build on this slim lead over the next 142 days.

I had not gotten my hair cut since March. When I could start putting it up in a (short) man bun I figured it was time.  So, last week I got my COVID-CUT from my friends at Platinum Kutz in the Drake Neighborhood. While I've known Rob, the owner, for several years through some recent campaigns this was my first time in the chair. What a great time! The music was bumpin' the barbers were dancing and free food was being consumed. I had no idea that Big Moe Cason was going to be there grilling up free food. The entire corner was alive with music, food, a small vendor show...it was a great time. Plus I was able to score a new place for Puerto Rican food. Here is the link to All-FrescoBox on Facebook. Check the photos.  I'm told you get all this food and the cost? $30 and you've gotta pick up.  See what you learn here?

Finally a big thank you to those of you who supported my run for the Iowa State Senate.  I had not written about it earlier because my focus has been, over the past two weeks, on the issues being raised regarding racial and economic injustice in America and Iowa. So, thank you. It was the strangest campaign ever and now we unite behind the Democratic Candidate, Sarah Trone-Garriott. It's going to be a tough race her opponent has plenty of name recognition and money.  So, do what you can to support Sarah in this effort.