Yes, it's already been a week! Sunday Morning Coffee is served and this is my weekly look at some of the news stories you've seen or,

perhaps missed, all laced with my commentary.  It's how we spend our Sunday Morning together.  Let's go:

There is no doubt that the presidency has now become that lawless mob boss. The guy associates and has had in his employ felons and this past week did what many expected and comminuted the sentence of one of his associates. I would look for others in the coming months as he gins  up false stories about, well, 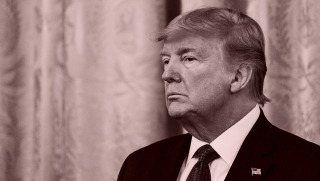 everything. You know there doesn't even have to be a poll taken for The Worst President of All Time. We, ladies and gentlemen, have a winner. I present you with "45".

A Promise is a Promise

Back during the 2016 campaign "45" told us he could not release his tax returns, as done by every candidate prior, because he was in an audit. Well, of course he lied. After the election we were told we would never see them. But, a promise is a promise and just like his supporters love to say, "I like him because he does what he said he would do." (Remember that?) Well now a New York Grand Jury will get a peek into his finances. He doesn't like it much but, Mr. President you did say you would release them.

Last week the U.S. hit 3,000,000 COVID-19 cases and over 133,000 deaths. Once again it's America First. Congratulations "45" you are making the United States the pariah of the nations. The botched national response has been a dismal failure and it all lands on the president. But, the White House has a new plan they've been rolling out. It's really brilliant. Ready?  The new administration plan is to ignore the pandemic. "Move on people we've got other things to do like blame Obama for, well, everything."  Voting matters. 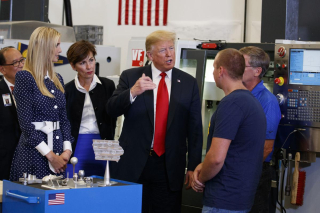 The governor of the State of Iowa is a absolute failure and, taking a page from "45's" playbook works with words to downplay the seriousness of the coronavirus. She loves to say, "Eighty percent of Iowans will not get the disease." Of course she has zero proof that is accurate and fails to mention that twenty of one-hundred will get sick enough to end up in a hospital and, perhaps, die. Last week she prevented the Mayor of Muscatine, Diana Broderson, from ordering facemasks in her community. Do you remember when Republicans were the leaders of local control? That ended when Branstad continued his dubious reign and started enforcing state policies over local control. Remember the minimum wage debate Johnston and Polk counties?

I really should run for governor. But first I need to get a couple of DUI's and then find Jesus.  I'll let you know how that rolls.

Here is the latest in the failure of Gov. Kim Reynolds (R-IA) and this one goes deep. Remember when she promised to issue an executive order restoring voting rights to felons who had served their time?  Remember? Well, not so fast my Sunday Morning Coffee friends. She has said she will do so but is "waiting for the right time". Here is my latest conspiracy theory. Several county auditors (who happen to be Democrats) have said they will be sending out voter requests to all registered voters in their county so they might be able to vote by mail. (Something that the GOP is so very scared of happening.) So, the governor sits on her promise because making two general mailings (one for registered voters and another for felons who have their voting rights restored) costs way more money.  So...why not continue to delay the executive order so we can cut down on the time needed to send out the requests, get them back, process them and send a ballot.

You've got to hand it to the GOP they are experts on voter suppression.

The fix is in. The president says we must have kids go back to school and in person. The American Academy of Pediatrics says in a 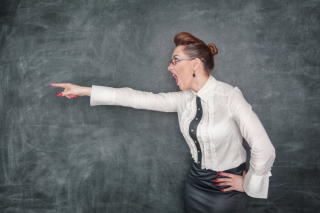 recent report that keeping kids out of schools has damaged their academic abilities and may have even cause increased health issues such as obesity. I'm not making that up.  Meanwhile the CDC gets hammered by "45" who wants new "simpler" guidelines for school re-opening. And, of course, the governor of Iowa agrees. Meanwhile parents and grandparents are, mostly, out of the loop. Never mind that schools don't have the resources to hire additional teachers and expand their physical locations so there can be "social distancing" and...let's get real...have you seen the way kids "social distance"?  It ain't happening. Meanwhile these kids leave the "germ factory" and go home to their parents or grandparents who are providing care because day-care in Iowa is so damn expensive and BAM.  "What? You got the ronna?"

One other wacky idea. Some school districts are giving a choice on remote or in-person education and others say they will have in-person schooling just two or three days a week. No doubt they know something that we don't...like COVID-19 takes off on Tuesday and Thursday.  And, these people are supposed to be the bright folks.

Last night I had an extended text visit with a good friend who has been part of our regular business news broadcast for years. She told me she is 99.9% she has the coronavirus. And, get this: She told me that on Wednesday of last week she was fine and by Thursday she had a temp of 103.5 and was so weak she could not climb the stairs.  She and her husband and young son get tested today but not through Test Iowa which delays test results for...awhile. I know her to be careful. She said she is sure she contracted the virus through her teenage son who attended a party with friends. No masks. Last night she said her son now can not smell or taste things; one of the signatures of COVID-19. I wish her well and this, my friends is serious shit.  Get it together.

If you live in Polk County, Iowa good news!  The Polk County Democrats have a site where you can go and in three easy steps fill out a vote by mail application. You need your drivers license number or the Voter ID number (that nobody knows they have) to fill out your request.  You send it in to the Polk County Auditor, Jamie Fitzgerald and they take it from there.  I heard that his office has seen, already a tremendous response. Here is your LINK to VotePolk.com!  Go right now and get this done...  OK? 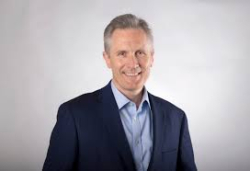 One other Polk County, Iowa story you need to know.  My friend Dave Miglin is running for a seat on the Broadlawns Medical Center Board of Trustees. I was under the impression that because Broadlawns is in Des Moines those of us who live outside of the city could not vote. Oh, but NO!  Citizens of Polk County do vote in this election. Here is Dave's website.  Write down his name and when you get your ballot make sure you vote.  He is a progressive business person who will do well for this hospital.

Yesterday, as is my custom, I took the day off. No social media or shopping or other regular stuff. It was, after all, Shabbat. Except I did go to our granddaughters softball game.  I've been several times since these twelve-year-olds have been back on the field and I can report that whoever decided the social distancing rules for girls softball missed the mark.  The players...nah...they are screaming, chanting and huddling. No worries...kids don't get this virus you know.  The fans are not allowed to sit on bleachers but they are crowded into groups along the first and third baselines. No masks...it's business as usual.  Me?  I had my chair in an empty spot near the outfield. 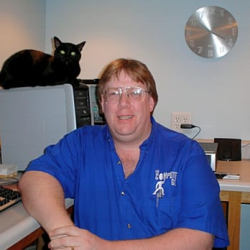 Be careful out there and use your head...and wear a mask.

A shout out to my friend and computer expert Patrick Palmer of Hampton, Iowa.  Last night I was working on the radio broadcast for today, Insight on Business the News Hour, Week in Review that airs on News/Talk 1540 KXEL today at Noon when we got a "surge" that hit all of my computers. The one that I was working on went down and when I rebooted there were zero files.  I have Carbonite as a backup and started that.  Then I called Patrick.  Should have called him first. The backup restore took over three hours. Patrick had the computer fixed, remotely, in ten minutes.  Here is his website and yes, he is good at what he does and does his work remotely. Got an issue...give Patrick a call.

Thanks for reading and have a safe and healthy Sunday.