Welcome to Sunday Morning Coffee and there are now 22 days before the November election. Twenty-two days before we take the first

step in tossing "45" out of office. Make no mistake this is critical to our nation. Stuff to talk about...let's go.

As you know the second presidential debate has been cancelled. While Joe Biden was a go with the townhall type virtual format "45" said he would not participate. Know why?  Remember 2016 when he walked around the stage attempting to intimidate Hillary Clinton? Sort of like one of the mob bosses on The 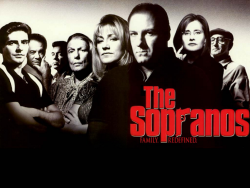 Sopranos. In a virtual townhall he would not be able to do that plus, the moderator could cut his mic and move on. This guy is a thug and a bully and he's not up to having any sort of civil discussion on the issues.  Why? Because he loses at each turn. Twenty-Two Days...my friends.

Is the president of the United States infectious or isn't he? Well, nobody is saying but he has been cleared to do campaign rallies where there is no social distancing and just a smattering of masks. You know what would happen if somebody held a huge gathering, who was just diagnosed with COVID19 and paid no attention to the rule of law?  Lock him up.  But, meanwhile some are suggesting this is a good thing...fewer rabid Republicans will be good for our nation.

Meanwhile, just like the Italian dictator Mussolini "45" stages a rally at the White House.  Of course he is immune to The Hatch Act.

I can't take credit for this...blame it on my brother.  The other day he sent me this very simple text about the words we use to describe various people and it is telling right to our core sin.

It's time the media stop using the word "militia" which gives these terrorists cover. They are domestic terrorists we are so very weak when it comes to calling out white folks that mean to do harm.

Well now...what do we have here?  A whole group of domestic terrorists being charged with, "Oh my, I thinks I may have the vapors..." a Terrorist Plot to kidnap and then kill Governor Gretchen Whitmer (D-MI). (Go ahead, look it up. "vapors")  I remember a two-word tweet sent out by "45" that said, "Liberate Michigan!".  Remember?  Well it looks like his minions took the bait.  The thug in the White House once again. Twenty-Two Days! (Image: CBS News)

Lemme Tell You About Michigan 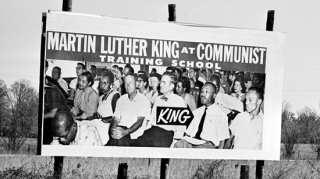 It is a hotbed for this domestic terrorist stuff. Make a trip to places like Grand Rapids and you'll see it first hand. Michigan has always been a place where anti-government folks have flourished. I know.  I lived there and so remember the cult of Amway and how many of those people were connected with the John Birch Society.  I know because they tried to recruit my parents. Some of their best friends were in that movement.  I remember the pamphlets that were left at our home...or the booklets that were in the homes of some of our friends. It was at a time when Americas were told to be afraid. Be very afraid of people in Unions because they were Commies. Be very afraid of Catholics. Be very afraid of Jews. Be afraid and then mobilize and strike them down.  Sound familiar?  Twenty-Two Days....

THEY Are AFRAID of You

It's why the Republicans are doing everything they can to obstruct your right to vote. They know they are on the wrong side of history. They know you want to turn out in massive numbers to give "45" and his crew the boot and so they are making it harder and harder for you to vote.  It's happening in Florida, Texas, Georgia, Missouri and many other states that for years have concocted ways to infringe on the right to vote. From Poll Taxes to Literacy Tests they have always sought ways to keep folks in their place. But, now the sheets have been removed and we know them for what they are.

The best news is that many of the U.S. Senate seats that should have been a slam-dunk for the GOP are now in play. Arizona, Texas, South Carolina, Alaska, Iowa, Montana...all of them two months ago were "safe seats". That is no longer the case as pissed off Americans are voting with their dollars and their feet. Twenty-Two Days... 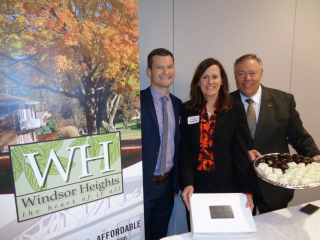 I remember sitting in a Hy-Vee conference room two years ago. We had just concluded a meeting of the Windsor Heights Chamber of Commerce Board of Directors and Theresa, who was on the Board, stayed behind. I got up and closed the door and she looked at me and said, "What do you hear?"  I told her I was hearing rumblings that she was going to run for the U.S. Senate. While she didn't admit to that with words her smile was all I needed to know.

I tell you that story because of the lies the Republicans are telling about her. I was there when the company she worked for made the decision to attempt to bring Aldi to Windsor Heights...something, by the way, I was in favor of.  However it was the City that put the nix on that move. They didn't want yet another grocery store in Windsor Heights...let alone a store that would bring "those people" closer to the core of the city.  Colby Interests had long sought to remodel their aging buildings and so with leases running out that is what they did. They did not "tear down" small businesses they improved the area. They sunk thousands of dollars into aging structures that are now home to many new small businesses that are locally owned.  You might want to read that again...."locally owned". and even better than that "minority owned".

They are, as usual...lying to you. I know.  I was there as not only the president of the Chamber but then the Executive Director of the same.  Twenty-Two Days...  If you can...send her some money.  Here is that link.

In Addition - You Can Make a Difference

Look, I know how hard it is to run for office and today, given COVID19 it's worse than ever. Democrats are not permitted to knock doors. Why? We care too much about our fellow citizens...full stop. So we've got to find other ways to put candidates in front of the voters. I get it, many of you have already voted but if you have not yet stepped up with a donation...please do.  Here are some folks I know who are committed to work on behalf of you and your family.  Click on their name and then...donate.  Thank you!

I was at a girls softball game yesterday. It was a great day to watch our granddaughter play...and did she ever. One of the teams they faced was an undefeated group of girls from the Quad Cities. It was the "normal" gathering of parents and grandparents until their "boom box" started belting out a song that was clearly a pro "45" rap piece. Clearly.  The song went on for a bit before the inning started and I heard one of the parents yell, "Yes we're patriots of America that's why our uniforms are red, white and blue!"  At a girls softball game...

Nobody said anything but the attitude of superiority was palatable. Their yelling and cheering...just was louder and more obnoxious than what is normal.  In the end they were handed their first defeat of the season. I felt bad for the young ladies...but...yeah...Twenty-Two Days.